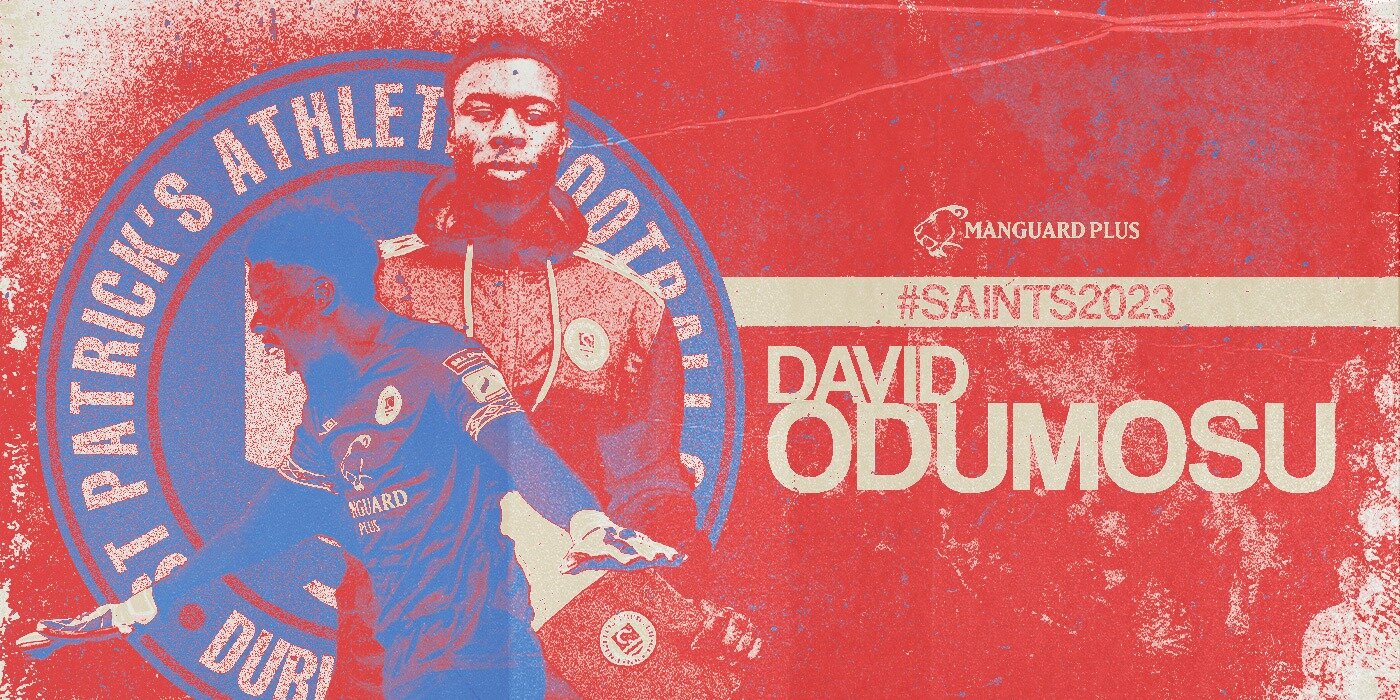 St Patrick's Athletic are delighted to announce that goalkeeper David Odumosu has signed a new contract to extend his stay at Richmond Park.

David's first season at the club saw him initially fighting it out with West Ham loanee Joseph Anang for the number 1 spot, before an unfortunate ankle injury kept him out of action as Danny Rogers joined in the summer window.

The Ireland U20 international made two competitive appearances for the Super Saints during the 2022 season, starting the final two league games of the campaign away to Sligo Rovers in a 1-0 defeat and at home to Shelbourne in a 4-0 victory on the last night of the season.

Odumosu was part of Drogheda United's First Division title winning team team in 2020, and was shortlisted for the SSE Airtricity/Soccer Writers Ireland Goalkeeper of the Year award that season.

He remained at Head in the Game Park for Drogheda's return to the Premier Division, playing 31 games under Tim Clancy in 2021 before following Clancy to Inchicore.

David has been called-up to the Republic of Ireland U21 squad a number of times, including for their European Championship play-off games against Israel in September.

Manager Tim Clancy has been telling us more about his latest signing:

"We are very happy to get David tied down to a new contract at St Pat's.

He signed for us just before the first game of last season against Shelbourne and worked very closely with goalkeeping coach Pat Jennings throughout the year.

He's developed his game and improved massively across the year and after Joseph went back to West Ham in the summer, David was close to getting his chance in the team.

Unfortunately he hurt his ankle in training before our European game at home to CSKA Sofia and we signed Danny Rogers who did well for us too, so David had to be patient.

He continued to train well and we were happy with how he did in the matches against Sligo and Shelbourne, and he was also rewarded with his call-ups to the Ireland U21s.

David has all of the attributes to be a top goalkeeper and we hope he can play a big part in our season next year."

"It feels good to be back. I made some great friends at the club last season and the supporters were fantastic and I'm excited to get going again.

We have a really group and I'm happy that a lot of the lads have signed back, Jamie Lennon signed a new deal last week and we still have so many more under contract, the likes of Joe Redmond and Chris Forrester and lots of top players and I'm looking forward to being a part of that.

I got into the team for the last couple of games of last season and enjoyed it and I've had a couple of good conversations with Tim Clancy over the last week or so, we had a good chat about next season and I'm buzzing to get going."