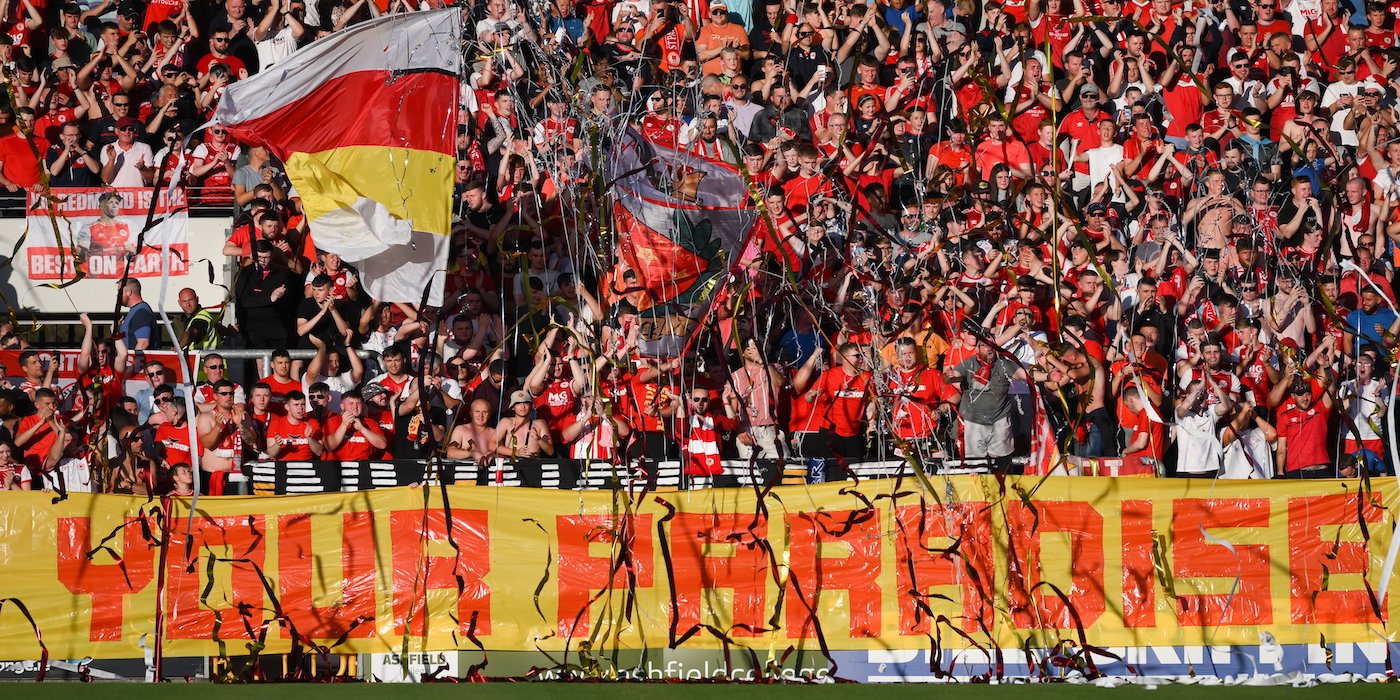 Over 1,100 St Patrick's Athletic supporters will be packed into the away end at Tallaght Stadium for the Dublin derby against Shamrock Rovers tomorrow night.

Less than 40 away tickets remain for the game, which will kick-off at 7.45pm.

Away tickets are available online only via the Shamrock Rovers website HERE, the match will also be live RTE 2 TV and the RTE Player.

This will be the fifth and final competitive meeting of the sides this season as Shamrock Rovers continue their push for the league title and St Pat's look to keep up their excellent form in the race for automatic European qualification for next season.

The Saints come into the game off the back of a 3-1 victory against Bohemians last Friday.

That was a 7th win in their last 10 league matches, the only defeat in that run came at home to Derry City a couple of weeks ago, it also includes a 1-1 draw against Dundalk and that thrilling 4-4 draw with Shelbourne earlier this month.

St Pat's are no strangers to Tallaght Stadium, having played there three times already this campaign, twice against Rovers and once in the UEFA Europa Conference League against CSKA Sofia in front of almost 7,000 supporters.

Shamrock Rovers and St Pat's faced off on the opening night in the President's Cup Final in Tallaght, Eoin Doyle opened the scoring before Ronan Finn equalised, The Hoops won it 4-3 on penalties.

Chris Forrester's header from a Darragh Burns corner was the difference between the sides in the first league meeting at Richmond which St Pat's won 1-0 before Rovers secured a 1-0 victory in Tallaght thanks to a Rory Gaffney goal.

The most recent game was at Richmond Park in June, goals from Andy Lyons and Aaron Greene had put Rovers 2-0 ahead, Eoin Doyle's injury-time penalty got one back for The Saints but Shamrock Rovers held on for the three points in a 2-1 victory.

It's been a busy few months for Shamrock Rovers as they balance European and League of Ireland commitments.

Stephen Bradley's men come into the weekend six points ahead of 2nd placed Derry City, the Candystripes do have a game in hand on their title rivals and the two sides meet in Tallaght on Sunday week, the title race looks like it's going right to the wire.

Rovers drew 1-1 in Drogheda on Sunday, Chris Lyons' equaliser cancelled out Graham Burke's opener at Head In The Game Park.

Manager Tim Clancy said: "We're looking forward to another big game in front of a big crowd in Tallaght. We are on a good run of form heading into the business end of the season and we're hoping to continue that tomorrow night.

We played well against Bohemians last Friday and we'll need to do the same in another Dublin derby against Rovers, it will be a difficult game against a good Rovers side, but we're confident if we can put in a good performance we'll be able to get the three points.

We want to accumulate as many points as we can between now and the end of the season and see where that takes us.

The atmosphere in Tallaght for our games there this season has been brilliant, we've had huge away crowds for the two matches against them in the President's Cup and the League, and we had almost 7,000 supporters there for the European game against CSKA Sofia.

It's great to hear that our away allocation for tomorrow night has sold out, the away support has been absolutely fantastic, and we hope to give the 1,000 plus Pat's fans something to cheer about."

Team News: Tom Grivosti (suspended) is the only absentee while Manager Tim Clancy will serve a one match touchline ban.

Tickets: Away tickets are available online only via the Shamrock Rovers website HERE