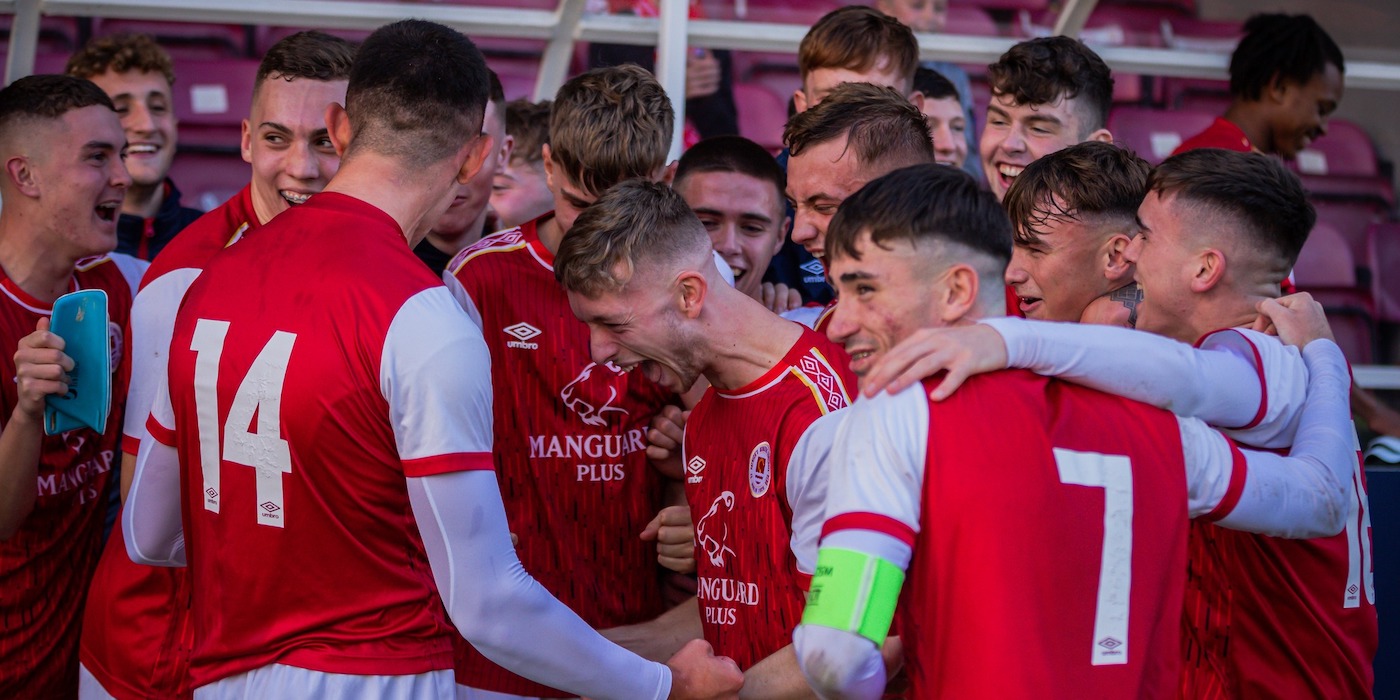 The young Super Saints clinched the title thanks to a 2-0 win against Shelbourne at Richmond Park on Sunday, with Billy Vance and Luke O'Brien on target.

Having qualified through the initial group phase, St Pat's have picked up 39 points from their 17 games so far in the Elite Phase, winning 13 and losing four matches, scoring 38 goals and conceding 15.

They have one more league match to play away to Galway United this Sunday, but can't be caught by the chasing pack.

St Pat's also have the Mark Farren U19 Cup final to look forward to in a couple of weeks against Bohemians.

A number of our U19 squad have also featured for the First Team this season, with many of them on professional contracts, continuing the impressive trend of player progression from our Saints Academy into the First Team.

Congratulations to all of the players as well as Manager Sean O'Connor, Assistant Manager Niall Cully, Coach Paul Webb and all of the staff on their brilliant achievement.

You can view a full album of photos from the Shels game on our Facebook page, via photographer Matthew Lysaght and watch the Behind The Scenes video on our YouTube channel