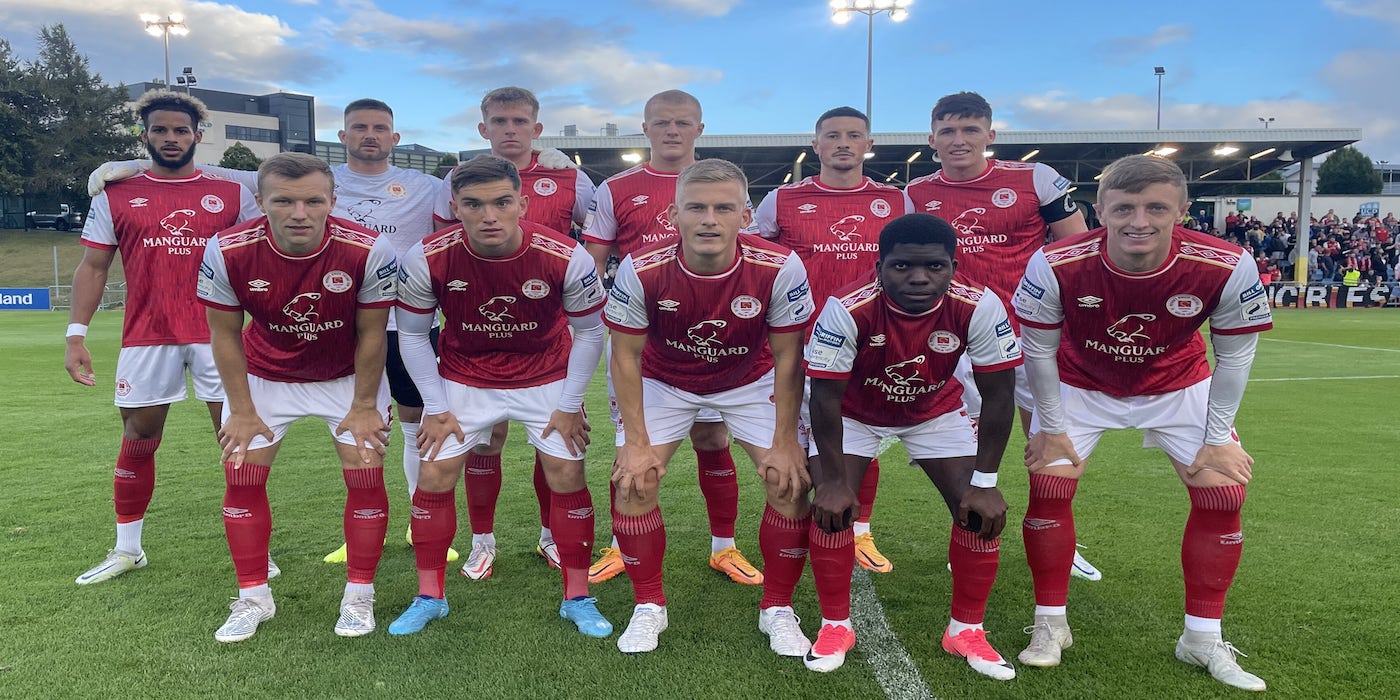 A first goal for the club for Thijs Timmermans and a third for Serge Atakayi helped St Pat's to a crucial 2-1 win away to UCD on Friday night.

Having beaten Sligo Rovers 1-0 on Sunday, Manager Tim Clancy freshened things up with three changes, Jamie Lennon, Thijs Timmermans and Ronan Coughlan came in for Manguard Plus July Player of the Month Adam O'Reilly and Eoin Doyle, who dropped to the bench, Mark Doyle missed out through suspension after his red card on Sunday.

The Saints almost opened the scoring inside the opening six minutes after a clever corner that set up Coughlan, but his shot was deflected off target for another corner and St Pat's did hit the front from that one!

Forrester's ball to the back post was headed back across the box by Captain Joe Redmond, his effort hit the post but Thijs Timmersmans was on his toes to nod home from close range to score his first goal for the club and put his team into the lead in the 8th minute.

UCD almost drew level in the 33rd minute after Dylan Duffy's corner was headed goal-wards by Sam Todd, thankfully for The Saints, it deflected off a Pat's defender and was then tipped wide by Danny Rogers.

The crossbar then saved the home side from going 2-0 down as Harry Brockbank came within inches of scoring his first goal in red and white, it was after Forrester's free-kick wasn't cleared and Coughlan's initial effort was blocked by Evan Osam.

Former Saints Academy man Tommy Longergan's long ranger then had Rogers diving but it was just wide, just before the break he tried his luck again on two occasions but both were off target, just about!

In front of 1,023 supporters at The UCD Bowl, St Pat's began the second-half brightly and doubled their advantage just six minutes after the restart thanks to another brilliant opportunist Atakayi goal!

He chased down a ball that favoured UCD defender Michael Gallagher, but as goalkeeper Kian Moore raced from his line, Gallagher headed in beyond Moore and into Atakayi's path, and SUPER SERGE couldn't miss to score his third goal for the club, and second in the league, ruthless stuff from the Saints Number 7!

UCD took just a couple of minutes to reply and Dylan Duffy's excellent free-kick flew through a crowd of bodies in the box and into the far corner, 2-1, game on!

It was the away side who looked the more likely after that, Barry Cotter's cross set up sub Eoin Doyle but his glancing header dropped just wide of Moore's far post before Doyle's excellent pass sent Atakayi one on one but Moore was equal to the effort with Barry Cotter also went close late on after a great run before Captain Redmond's header from Billy King's corner hit the inside of the post but somehow didn't go in!

So it's four wins from four for St Pat's against UCD this season, a 100% record! Three of them have been 2-1 wins for Tim Clancy's side with the other a 2-0 victory, the Inchicore men remain fourth in the table but are right in touch with third placed Derry with ten matches to play!

Next up for The Saints, it's a trip to Dalymount Park to face Bohemians in the SSE Airtricity League Premier Division on Monday week, August 29th, kick-off at Dalymount Park is at 7.45pm.