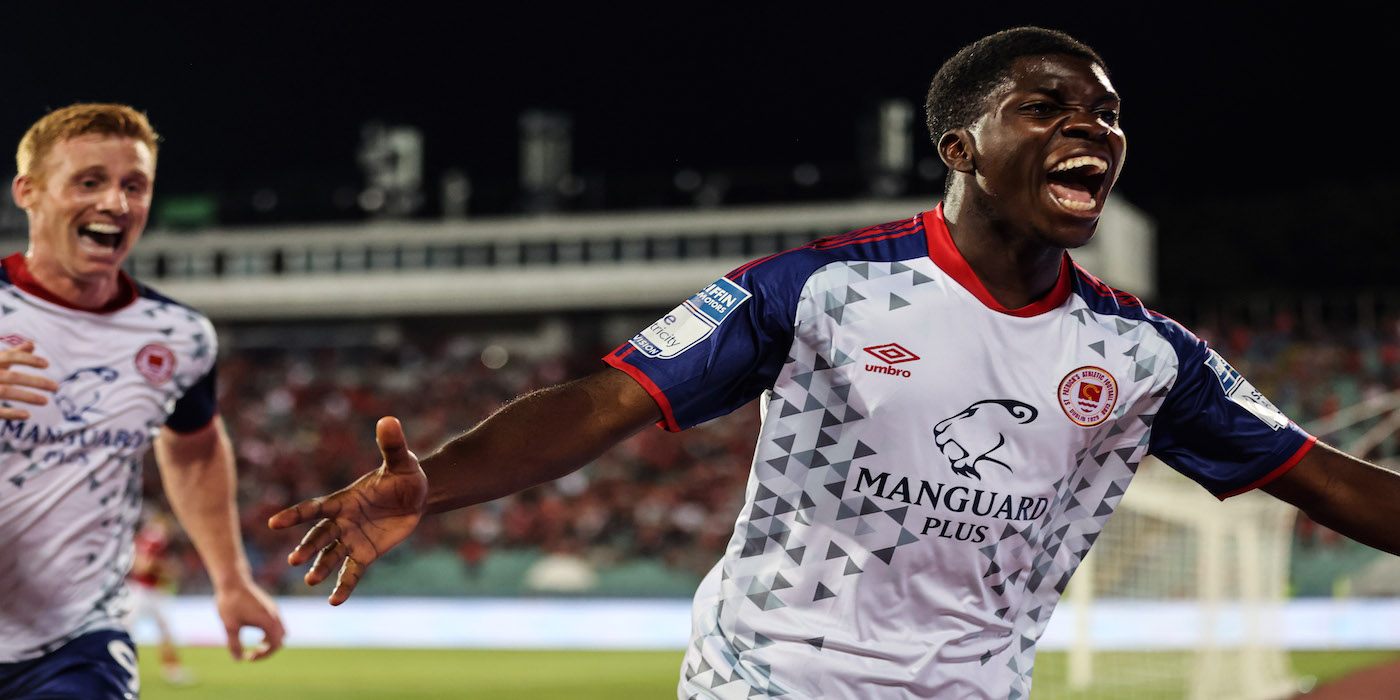 Serge Atakayi picked the ideal moment to net his first St Patrick's Athletic goal as he slotted home three minutes from time to seal a famous 1-0 win over CSKA Sofia.

The Finn seized on an underhit backpass from centre-half Hristiyan Petrov before poking the ball past keeper Gustavo Busatto and rolling the ball into an empty net.

Tallaght Stadium will be rocking in seven days' time as the Saints bid to back up this result by sealing a spot in the Europa Conference League play-off round.

The result was more than warranted for the Saints, who were forced to give up a lot of possession to the Bulgarian side but rarely looked under pressure.

Indeed the Saints, unchanged from last week's shoot-out win away to Mura, started the game on the front foot and Barry Cotter was unlucky to miscue his cross inside two minutes.

And Billy King produced the first shot of the game shortly afterwards as he cut inside following good work from Chris Forrester and Anto Breslin.

Forrester did well once more to release Cotter at right wing-back but he couldn't quite pick out Eoin Doyle in the centre.

Tom Grivosti was the first of five Saints to go in the book courtesy of the fussy Austrian referee, and the Inchicore side had to be disciplined in defence with the majority of the five-man backline in the book.

In spite of their possession, the hosts produced little of note and it was the Saints who went close early in the second half through Adam O'Reilly's break.

Doyle hit the bar after being played in by Chris Forrester, but the officials correctly ruled the CSKA backline had stepped up just in time to play him offside.

The visitors continued to produce on the break as Cotter's quick throw found Forrester and the midfielder volleyed wide on the turn.

King and Doyle both had efforts within minutes of one another, the latter shooting over from 25 yards and the latter failing to find the bottom corner inside the box.

The goal arrived three minutes from the end of normal time as a hopeful ball from Breslin wasnÃƒÂ¢€Ã¢â€žÂ¢t dealt with by Petrov and Atakayi showed great poise to guide the ball home.

The Saints' area was under pressure with a generous five minutes added on but the best CSKA could muster was a Jonathan Lindseth header touched over by Joseph Anang.