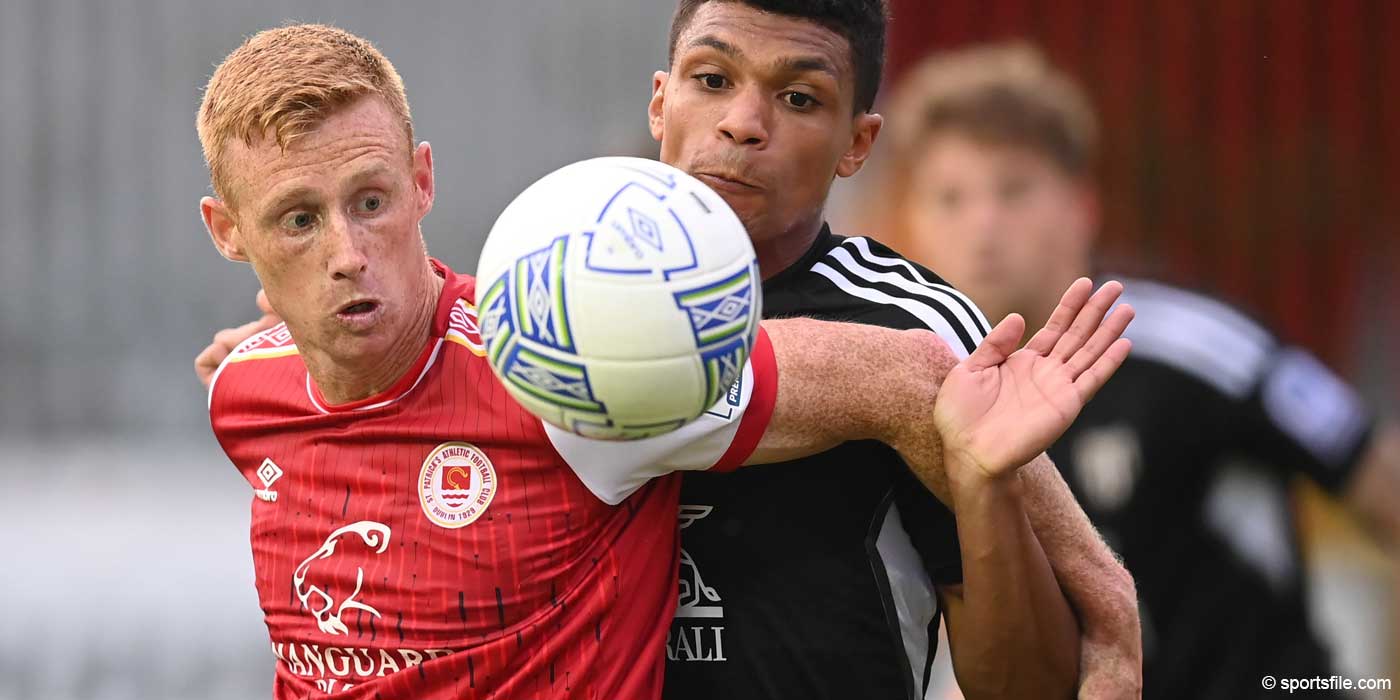 European Football returned to Richmond Park for the first time in three years on Thursday evening as St Patrick's Athletic played out an entertaining 1-1 draw with Slovenian side Mura Fc in the first leg of their Europa Conference League qualifying round at Richmond Park.

It was a frantic start to the game with St Pats racing out of the blocks early on. Barry Cotter almost had a perfect start to his debut when Mark Doyle did well down the left and his pin-point cross found Cotter in the box who was unable to keep his effort down as he drilled over.

St Pats were flying and Anto Breslin almost opened the scoring just four minutes after Cotter's chance. Adam O'Reilly's beautifully weighted cross found Breslin at the back post who hit in on the half volley, forcing Mura's goalkeeper Matko Obradovic into an excellent save.

After a pulsating start, the game calmed somewhat with Mura settling into the game.

Forrester did go close from distance but his shot dragged just wide of Obradovic's goal.

Despite an excellent start from The Saints, disaster struck in the 28th minute. A misplaced back pass set Mirlind Daku through on goal and he rounded Joseph Annang before tapping into an empty net.

St Pats did deliver some decent balls into Mura's box, but they were unable to find an equaliser in the first half. Joe Redmond's glancing header from Mark Doyle's corner snuck just wide of the right hand post and that proved to be the final chance of a lively and entertaining half of football.

The second half stared much the same as the first, with St Pats dominating and creating plenty of opportunities for themselves. After a string of corners, Chris Forrester's ball into the box found it's way to Thijis Timmermans who's header drifted agonisingly wide of the target.

59 minutes in and The Saints finally equalised with a stunning goal. Barry Cotter's long throw in fell to the feet of Eoin Doyle who did brilliantly to hold it up on the end line. He teed up an on-rushing Chris Forrester who somehow took the ball in his stride before burying to the roof of the net on the volley to level proceedings in Inchicore.

There were anxious times in the St Pats box with Mura pushing to go ahead again. Joseph Annang was called on to make two excellent saves 75 minutes in before the danger was eventually cleared.

Chris Forrester was at his best and was really showcasing his talent. He almost grabbed a winner with six left to play when he found himself in the box after a dazzling run, but he could not generate enough power in his left footed effort as Obradovic got down to save well.

Deep into injury time, St Pats were reduced to 10 men when Mark Doyle received a straight red for an off the ball incident on Mura's left back Klemen Pucko. However, The Saints held on leaving it all to play for in the return fixture in Slovenia next Thursday night.