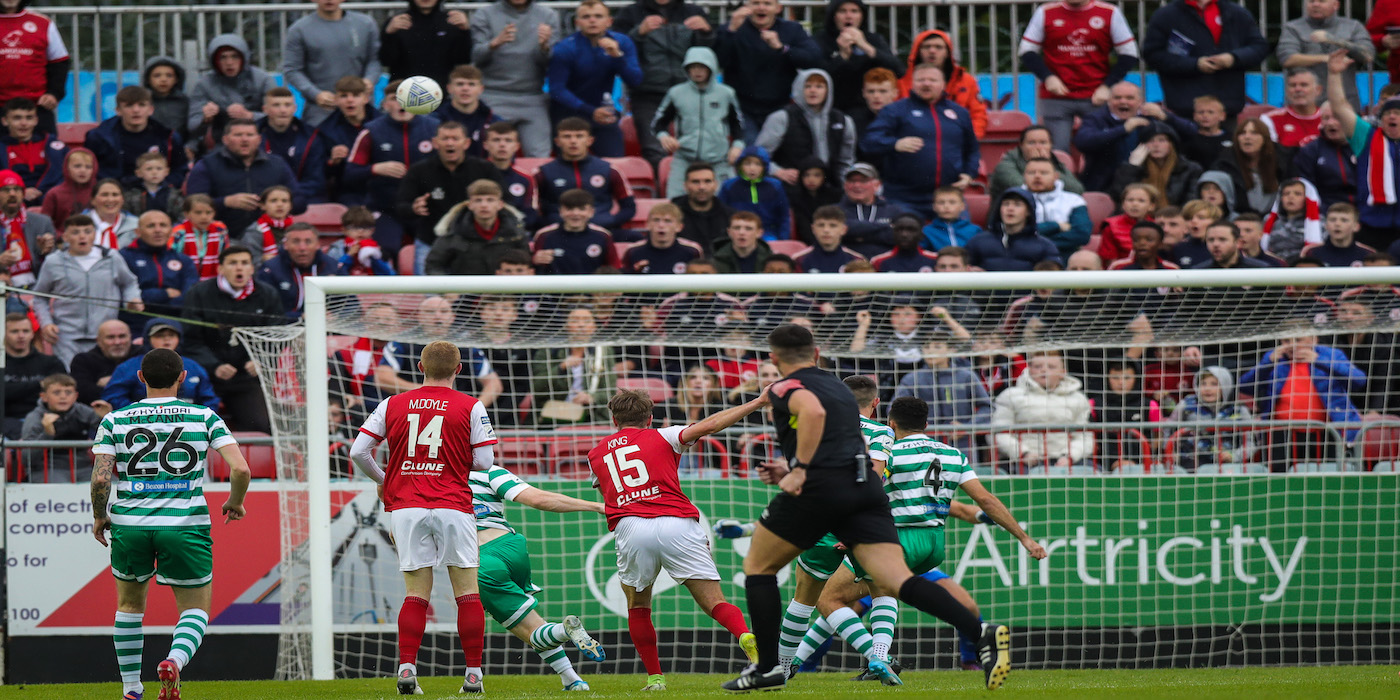 Goals from Andy Lyons and Aaron Greene helped Shamrock Rovers to victory in front of 4,365 fans at Richmond Park on Monday night.

Eoin Doyle netted his 8th league goal of the season from the penalty spot but St Pat's ran out of time to force an equaliser.

The opening chance of the game fell to the home side, after a clever pass from Chris Forrester, Billy King, who had scored twice in the 2-2 draw at Finn Harps on Friday, shot over with his left foot from just inside the box.

St Pat's goalkeeper Joseph Anang was forced into action a couple of times in the opening 45, first denying Aaron Greene before turned a brilliant Roberto Lopes' flick out for a corner.

The best chance before the break fell to King right on the strong of half-time, Eoin Doyle's cross evaded the attention of Mark Doyle but fell to King, his effect flew over the crossbar and it was honours even at the restart.

Tim Clancy's men were quick out of the blocks with Forrester going close but it was Shamrock Rovers who took the lead after an hour. Aaron Greene's cross was missed by Sean Gannon, but Andy Lyons was on hand to rifle a shot beyond Anang and into the roof of the net to give The Hoops the advantage and score his 6th league goal of the season.

The Saints pushed for an equaliser, King again went close, this time forcing Alan Mannus into action before Stephen Bradley's side turned defence into attack to double their lead.

Rory Gaffney diagonal ball found Greene on the left, he managed to turn Jack Scott with some great skill before nipping beyond Darragh Burns and smashing a shot into the far top corner from the angle to score against his former club.

St Pat's through didn't give up hope of a comeback and should have made it 2-1 with eight minutes remaining, Roberto Lopes' back-pass put Mannus in trouble, his clearance fell straight to sub Tunde Owolabi who did brilliantly initially to win possession and set himself up, but his shot was straight at Rovers' defender Lee Grace, who was able to hack it off the line.

Ronan Finn's effort from distance then nearly deflected in off Barry Cotter before St Pat's got one back.

Owolabi was though involved in St Pat's mounting a late challenge, his powerful dribble across the box eventually saw him fouled by Ronan Finn, Eoin Doyle stepped up to send Mannus the wrong way front the spot in the 93rd minute, but The Saints just ran out of time to force an equaliser.

St Pat's will be back at home on Friday against Drogheda United while Shamrock Rovers will make the trip to Ballybofey to face Finn Harps.