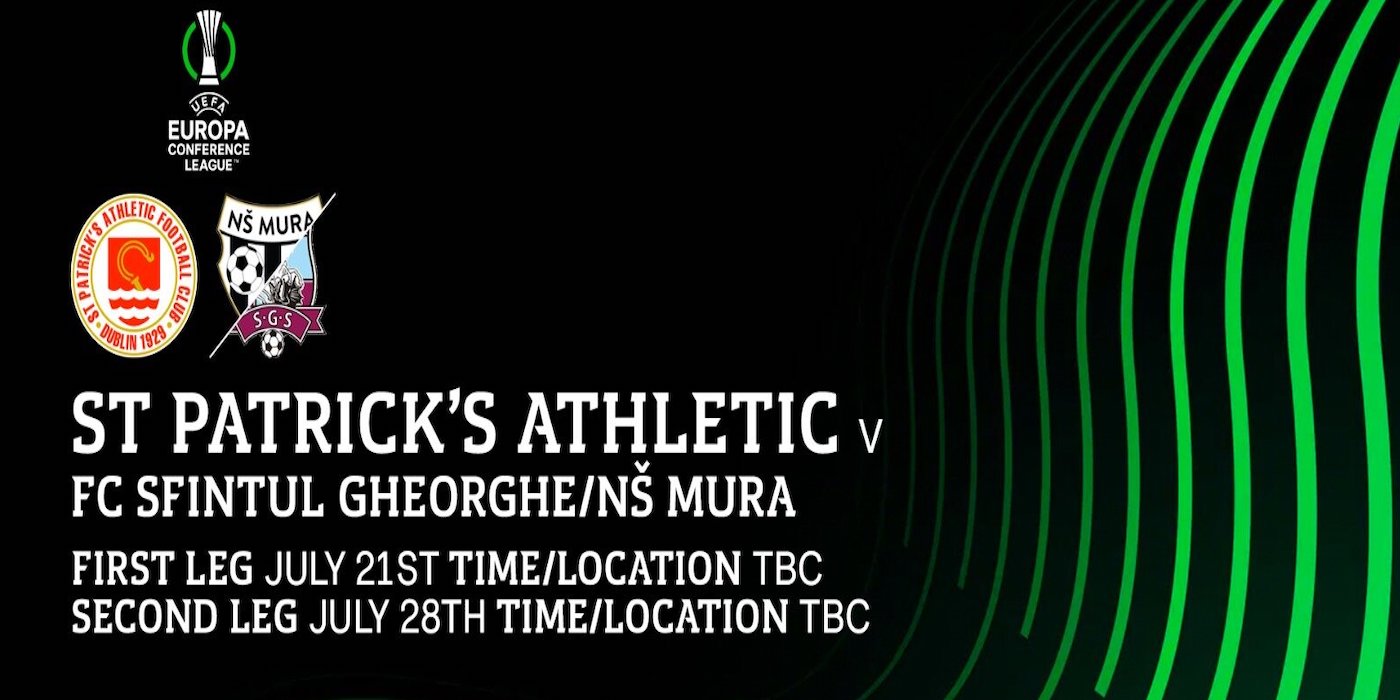 The draw for the 2nd qualifying round of the Europa Conference League took place at UEFA HQ in Switzerland on Wednesday.

Those sides will play in the 1st qualifying round on July 7th & July 14th with St Patrick's Athletic playing the winners in the 2nd round on July 21st & 28th.

We've been drawn to play the 1st leg at home and the 2nd leg away but this could change.

Until we know our opposition and can confirm exact fixture details, we strongly advise all supporters not to make any travel arrangements until we have all relevant information, if there are any issues or clashes, the home and away legs could be reversed and dates could be changed.

We will confirm ticketing information ASAP.

Fotbal Club Stintul Gheorghe were founded in 2003 and entered the Moldovan Premier League in 2009.

Their named translated to English is St. George & they play in the 1,500 capacity 'Surucenia'

They play in the 4,500 capacity Fazanerija City Stadium.

Mura made it to the UEFA Conference League group stages last season, their only win in Group G was against Tottenham Hotspur

Keep an eye on our social media channels for more information as and when we have it.