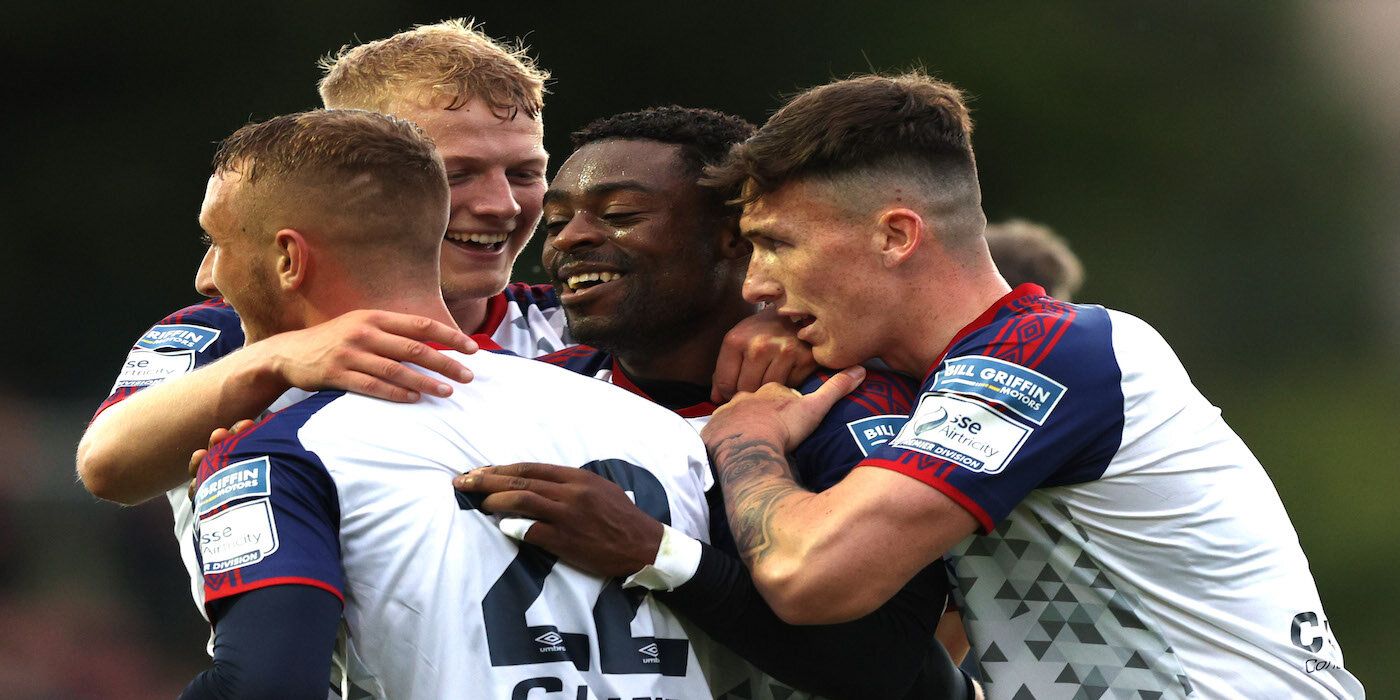 A Tunde Owolabi hat-trick helped St Pat's to a convincing 3-0 win against Bohemians at Richmond Park on Monday evening.

The game began in lovely sunshine and it took the Saints just four minutes to hit the front.

Ciaran Kelly missed his clearance after a clever ball forward by 16-year-old Sam Curtis, allowed Owolabi to race through and blast into the far corner, giving James Talbot no chance and The Saints the perfect start.

Then it was 2-0, with that man Tunde on target again after clever play from a St Pat's throw in, he cut inside and fired an un-stoppable shot into the bottom corner before running to celebrate with Manager Tim Clancy, The Saints led 2-0 at the interval.

The deal was sealed midway through the second period after great play from Owolabi and Curtis set up Eoin Doyle, he was tripped in the box by Kelly, allowing Owolabi to step up and bury his pen into the bottom corner to seal his first hat-trick for the club and an commanding victory.