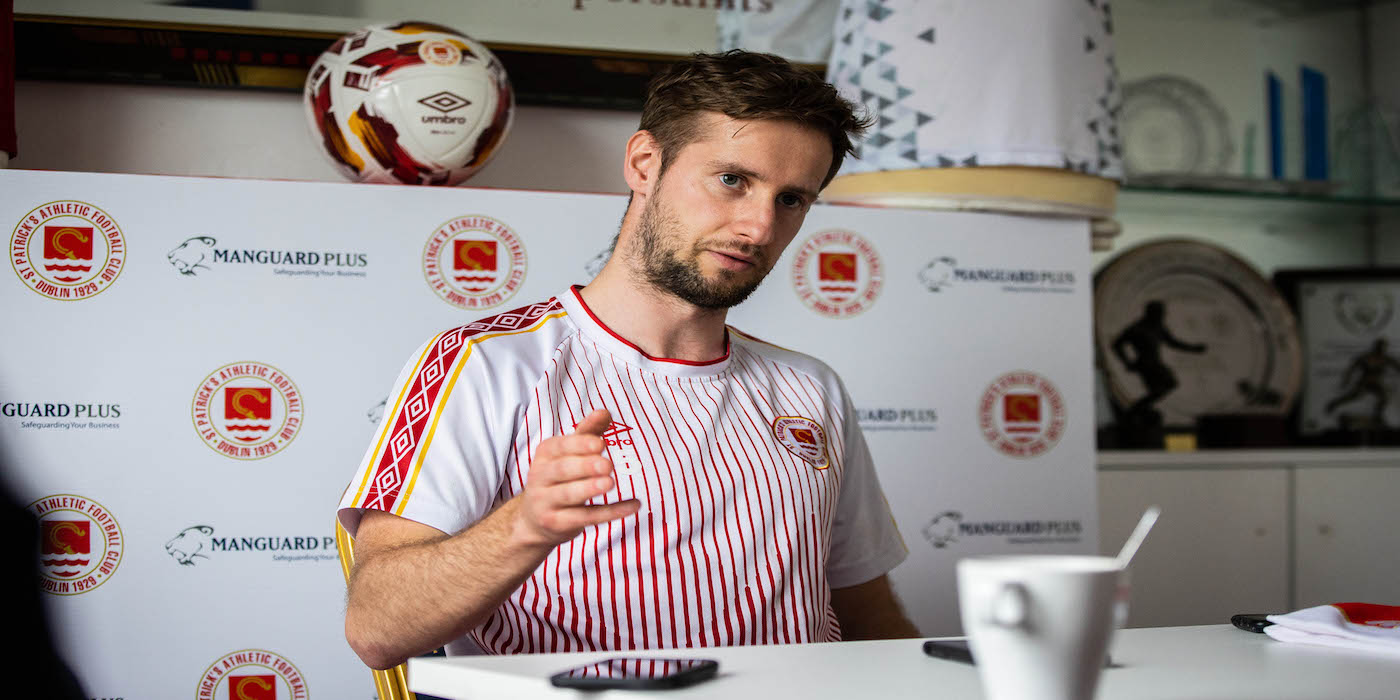 St Patrick's Athletic are on the road again on Saturday evening when they travel to take on Sligo Rovers at The Showgrounds.

The game will kick off at 7.45pm, with away tickets available online only HERE

It has been a busy week for The Saints, and they will play their third game in eight days tomorrow night.

Last Friday night, they played Drogheda United and were comprehensive winners over the Louth side. First-half goals from Darragh Burns and Eoin Doyle gave the Saints a 2-0 half-time cushion and further goals from Billy King and substitute Kyle Robinson cemented a 4-0 victory at Head In The Game Park.

They followed up that win on Monday against Derry City at the Ryan McBride Brandywell Stadium, and brought a valuable point home to Dublin.

Neither side was able to break the deadlock and it ended stalemate in a 0-0 draw.

The results over the past week leave St Pat's in 3rd place, with 24 points from their 15 games so far.

Sligo were also in action twice over the previous eight days.

They took on Shelbourne last Friday night but were beaten in Drumcondra. Jack Moylan and Sean Boyd gave Shels a two-goal half time lead. A second-half Paddy Kirk strike was too little, too late as the Bit O'Red lost 2-1.

They travelled back to Dublin on Monday night to face Shamrock Rovers in Tallaght, but again left Dublin pointless.

A hat-trick from Graham Burke was enough to get Rovers side over the line. Aidan Keena struck late on to grab a consolation for Liam Buckley's men.

St Pat's and Sligo Rovers have met once this season so far, that game was at Richmond Park and it was the away side who claimed all three points.

Goals from Colm Horgan and Keena put Sligo two goals to the good before a Tunde Owolabi strike gave Pat's hope, but Sligo held on to take all three points.

Manager Tim Clancy has been delighted with his side in recent weeks, with that 4-0 win in Drogheda and the scoreless draw in Derry the re-action he was looking for after that 4-0 loss at home to The Candystripes two weeks ago.

"It was important to get a positive result in Derry after what happened here a couple of weeks ago, and we had a good win at Drogheda too which is a hard place to go, we've kept two clean sheets in a row also which is good, so we've got a little bit of momentum now heading into Saturday.

It's going to be another tough game in Sligo, I don't think Liam will mind me saying it but the surface and the state of the pitch probably won't suit either team, it's usually a very very good pitch. We'll go into the game having played them in the second game of the season, which seems like an eternity ago now. That was a disappointing evening for us losing 2-1, and it's certainly something we want to put right."

Billy King celebrated his 28th birthday on Thursday and spoke to the media at Richmond Park at our pre-match press conference:

"As we saw last season, Sligo is a very difficult place to go, so we need to be on our game if we want to come away with anything. We've had a couple of good results so we're going into the game in good confident form. It's just about taking what we've done in the last two games into this one and hopefully we come away with something."

The Saints will also be boosted by the news that centre-back Joe Redmond has signed a new long term contract at Richmond Park, watch our interview with Joe and Tim Clancy on our Youtube channel below.

Tickets: The game will kick off at 7.45pm, with away tickets available online only HERE

LOITV: For those who can't make it to Derry, the match will be live on LOITV for a match pass for 7 euro.