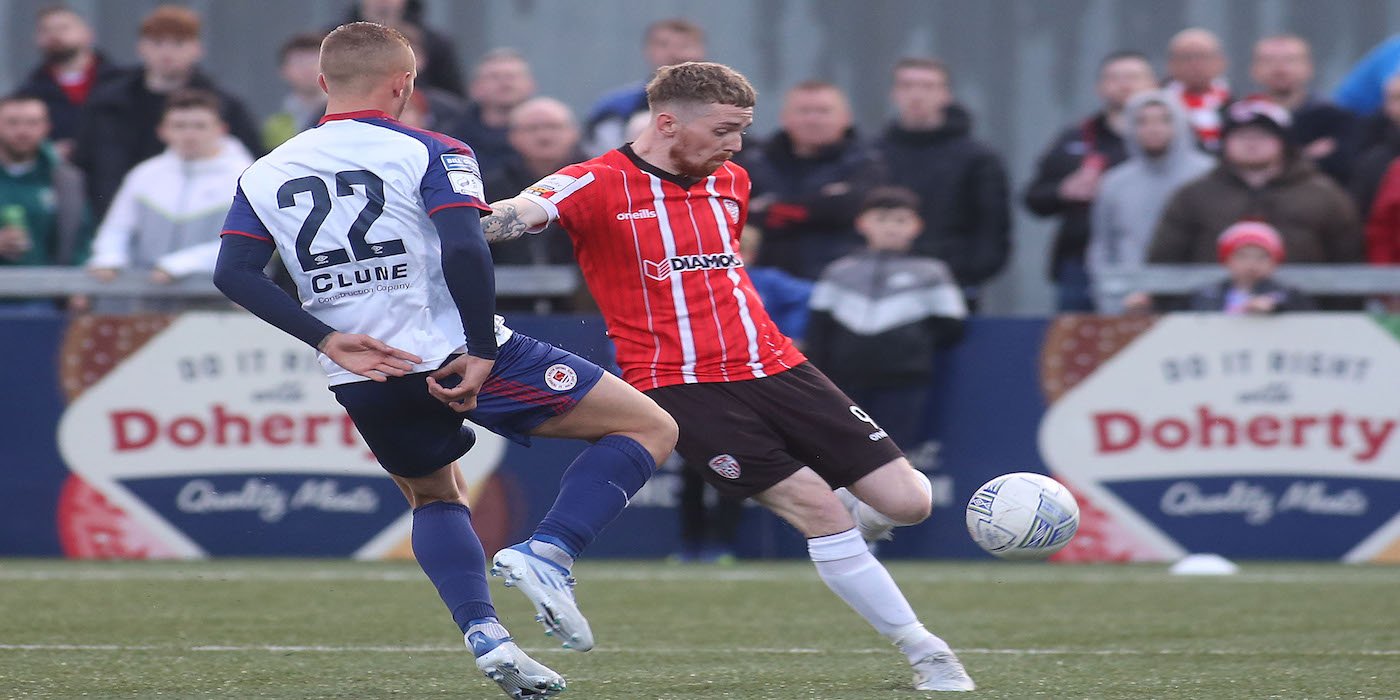 St Patrick's Athletic took a valuable point from the Ryan McBride Brandywell on Monday evening as they remain third in the Premier Division.

Having lost 4-0 to the same opposition just over a week ago, Tim Clancy's men dug deep to keep their clean sheet despite some late Derry pressure, and the Saints did have some good chances of their own to win the game in the second-half.

In front of a packed house, Goalkeeper Joseph Anang was forced into two excellent first-half saves, first to tip a powerful Jamie McGonigle shot out for a corner and then to stop the resulting deader from Eoin Toal.

They came closest when second-half sub Patrick McEleney's shot crashed off the post and to safety.

The other game on Monday night saw Shamrock Rovers move to the top, a point above Derry ahead of their meeting on Friday night, thanks to a 3-1 home win against Sligo Rovers.

The Saints remain third, as they prepare to travel to The Showgrounds on Saturday evening to face Liam Buckley's Sligo Rovers.