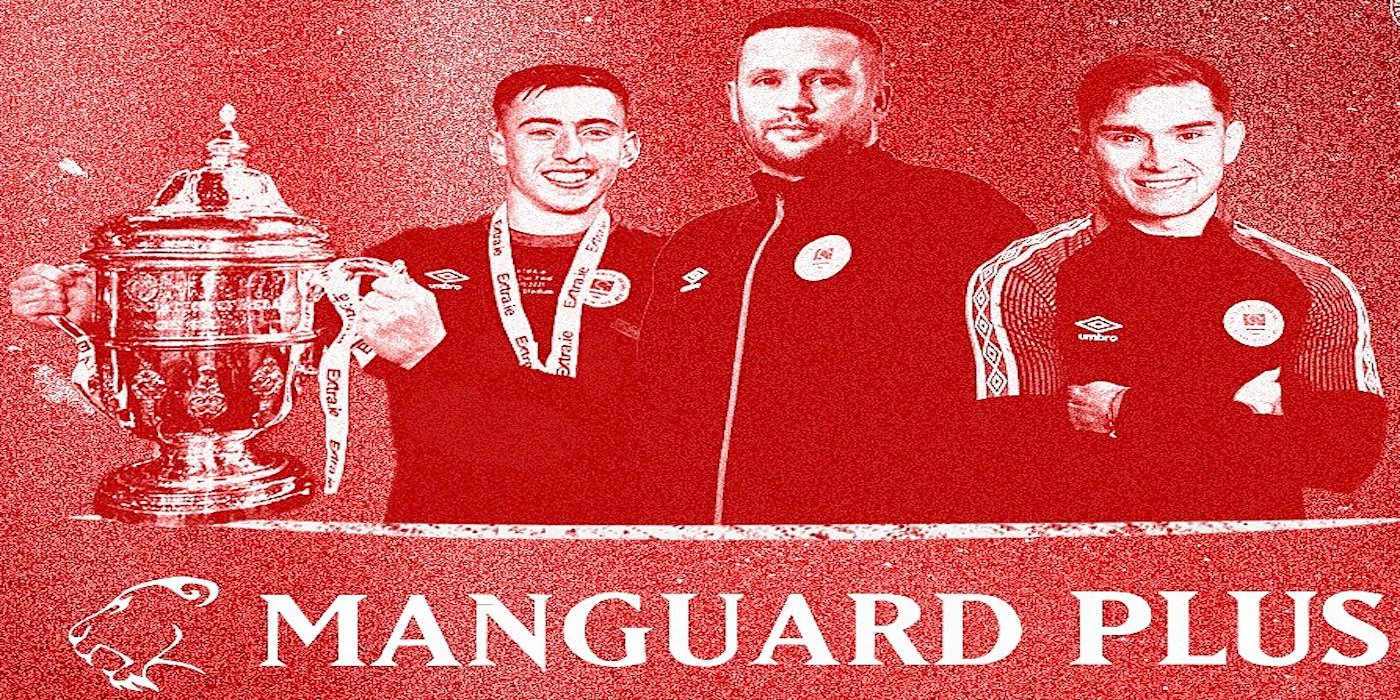 St Patrick's Athletic are delighted to announce Manguard Plus as our new main sponsor for the 2022 season.

Manguard Plus have been a club sponsor since the 2019 season and will appear on the front of our match kits for all teams in the club for the 2022 season.

"We'd like to thank Manguard Plus for their continued support heading into the new season. The sponsorship and support of a company like Manguard Plus is huge for our club. We've gotten to know the people in involved personally and, as today's announcement shows, our relationship continues to grow and develop."

"We have developed a great relationship with St. Patrick's Athletic Club over the past number of years and taking over the main sponsorship of the Club is a natural progression.

The Club continues to grow and develop, as does our partnership with them. St Pat's has a long and successful history and is synonymous with best practice, top players and encouraging good team spirit for over 90 years now. The high calibre of players is testament to St. Pat's ethos of continually striving for excellence and bringing out the best in its players.

The FAI Cup Final was the culmination of a truly wonderful season for the Club and it lifted the spirits of all who play such an active role with the Club and the supporters and community who are integral to its success. Manguard Plus is committed to supporting and sponsoring St. Pat's as it continues to play such a vital role in the community.

As main sponsor of St. Patrick's for 2022, we look forward to activating some exciting collaborative initiatives with the Club to further include young people and the wider community. I passionately believe in nurturing young people through sport, it gives them confidence, a sense of solidarity, a role and responsibility.

It is amazing to see the change in young people who actively participate in sport. It bands an entire community together and helps to foster huge loyalty and pride. St. Pat's is consistently leading the way and it is a privilege to be involved with them as they continue to roar"