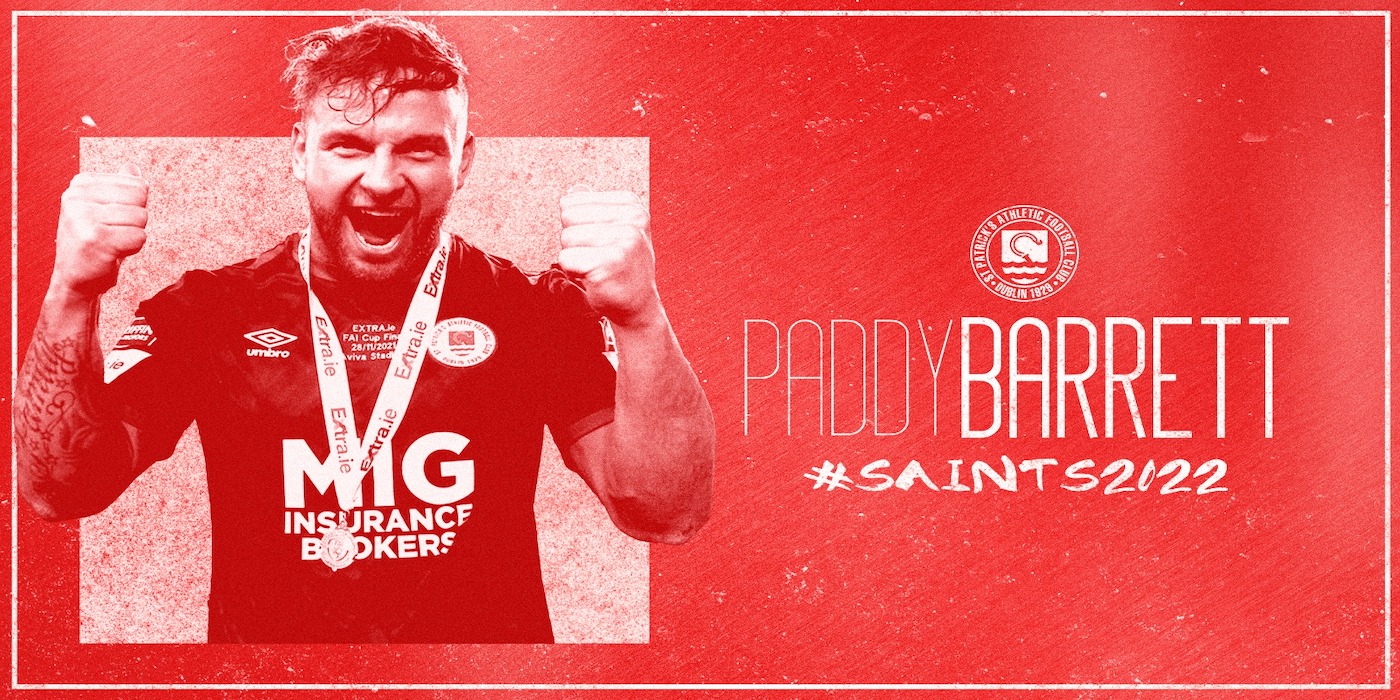 St Patrick's Athletic are delighted to announce that Paddy Barrett has signed a new long term contract with the club.

The 28-year-old was another of our FAI Cup winning heroes last month.

Paddy joined us from Cambodian side Preah Khan Reach Svay Rieng in February, he made 30 appearances in all competitions in his first season as a Saint, scoring once.

"I'm thrilled to be back and am looking forward to the season ahead, starting back next week for pre-season.

There was plenty of interest and a lot of things I had to weigh up on holidays.

I loved my first year at Pat's, it's the club where I've been at my happiest from a personal point of view, both on the field and off the field.

I really enjoyed last year, and it's not something I wanted to move away from.

It's really exciting times ahead with the new Manager Tim Clancy who I've had good conversations with, I know Jon Daly from my time in Scotland along with Alan Mathews and the staff already at the club, we can't wait to hit the ground running next week."

"We are delighted that Paddy has signed a new long term contract with the club. He had a number of options from both within and outside the league, however he has shown tremendous loyalty to St Pat's by putting pen to paper on his new contract.

Paddy has great leadership qualities and ability, which he displayed throughout 2021 and as we embark on 2022, we look forward to him being a key player as we look to build on our FAI Cup win and positive league campaign.Ã¢€Â