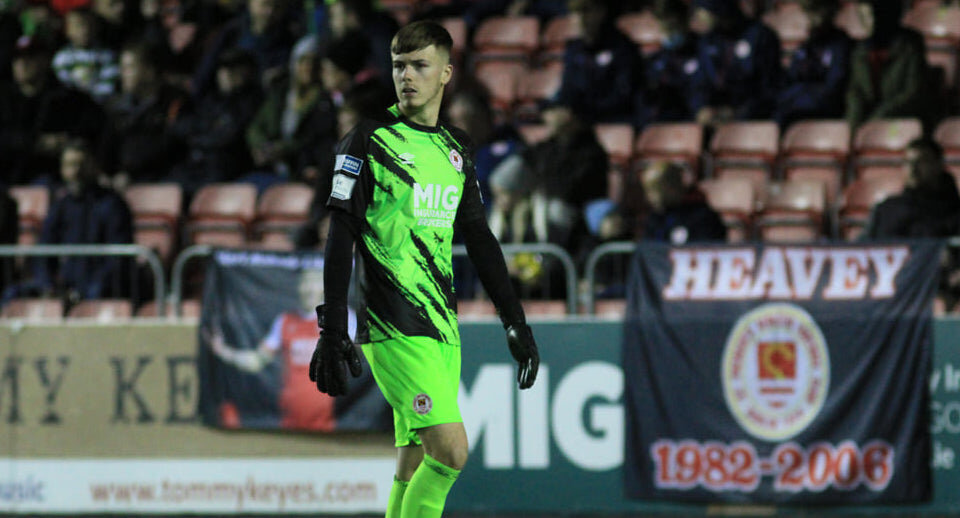 St Patrick's Athletic secured second place after an entertaining 2-2 draw in the final home game of the season for The Saints at Richmond Park on Friday night. It was goals galore in the first 30 minutes with four in total, two for each side. Billy King put St Pats ahead early on when he tapped into an empty net after a Darragh Burns cross. The visitors struck back just one minute later when Sean Boyd whipped a terrific free kick over the wall and past Josh Keeley. Boyd struck again moments later when he headed home, but St Pats equalised soon after through Darragh Burns. Burns' goal proved to be the last and as both sides went in search of a winner but neither side could find in as points were shared in the capital.

St Pats created their first chance of the game just before the 10th minute when Matty Smith broke through on goal but his effort was well blocked from Finn Harps defender Kosovar Sadiki. The ball was recycled and it eventually fell to Jamie Lennon, but his powerful shot flew well over the bar much to the relief of the Harps defence.

Just one minute later, The Saints had another glorious opportunity when Jay McClelland and Mattie Smith combined well down the left and Smith's cross found Robbie Benson at the near post but Benson was unable to direct his shot goal wards and it soared over.

St Pats were on top now and were pushing hard for an opener and 15 minutes in, they got their breakthrough. Darragh Burns was released down the left and he turned onto his trusted left foot and delivered a pin point cross to the feet of Billy King who tapped into an empty net to open the scoring for his side.

The Saints' lead didn't last long however and one minute later, Finn Harps were level. The Ballybofey outfit won a free kick 25 yards out from goal. Sean Boyd stepped over it, and he produced a fantastic strike over the wall and into the far corner, with the St Pats lead lasting just 90 seconds.

Finn Harps smelt blood and they took the lead in the 19th minute when Boyd headed home after a terrific cross from to grab his second of the night.

It was a chaotic opening night and it was goals galore in the first half. After falling behind, The Inchicore side were back level after just three minutes. Darragh Burns played a pass in field for Jamie Lennon. Burns continued his run, and Lennon found him again with a mouth watering chipped pass over the top. Burns somehow adjusted his body position to head the ball past an out rushing Mark McGinley for the games fourth goal after just 22 minutes of play.

Matty Smith went close to adding a third goal for The Saints mid-way through the half, but the ball was wonderfully taken off his feet by Ethan Boyle just as the attacker was pulling the trigger.

Chances were few and far between for the remainder of the first half after a hectic opening half an hour. Will Seymour's deflected shot which went wide did have Josh Keeley worried for a moment and that proved to be the best opportunity in the closing stages of the first half with Seymour's shot the final action of the half as Neil Doyle blew his whistle to end the half.

Upon the resumption of play, it took Finn Harps just two minutes to carve themselves an opportunity. Adam Foley pounced on a loose ball and he had the goal at his mercy but the experienced centre forward went for the near post and fired just wide of Keeley's post.

It really was end to end stuff and both sides looked capable of scoring at every opportunity. Alfie Lewis' floated corner found a free head of Matty Smith, but Smith's header drifted agonisingly wide of the target.

The away side were growing in confidence and with a sizable crowd behind them, they did cause The Saints defence some problems with some dangerous corners with the ball eventually cleared by Josh Keeley.

Ollie Horgan's charges needed a win and when Barry McNamee's dangerous delivery cleared Lee Desmond in, Sean Boyd was at the back post, but the latter was unable to grab a hat-trick and couldn't reach the ball with his outstretched foot.

Sadiki was shown his second yellow of the night for Finn Harps and Chris Forrester almost punished them immediately after. Forrester's left footed place shot had McGinley beaten but was cleared off the line by Will Seymour who managed to get his head to it and cleared from danger.

It was all St Pats in the closing stages as they went in search of a winner and Chris Forrester almost grabbed it in injury time but his deflected shot went inches over the bar. Robbie Benson's header soon after was comfortably saved by McGinley in the Finn Harps goal and it was the final chance of the night with the draw enough to secure second place for the red and white army.

The 2021 Patron Saints end of season awards were presented after the game, goalkeeper Vitezslav Jaros was named Player of the Year, 19-year-old Darragh Burns won Young Player of the Year and Goal of the Season for his FAI Cup semi-final goal vs Dundalk while Community Officially David Morrissey was the Special Merit Award winner for his outstanding work. You can see photos of all of the winners on our social media pages.