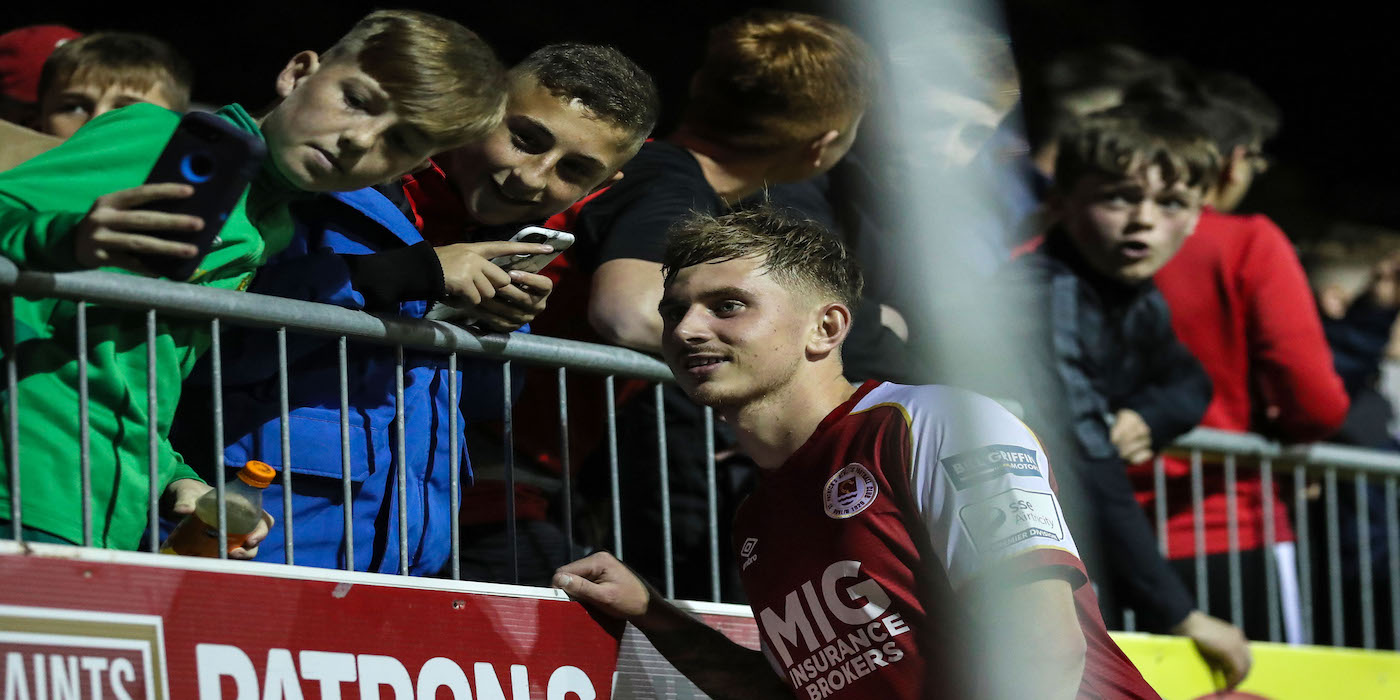 It's second against third under the Friday night lights at Richmond Park as St Patrick's Athletic welcome Sligo Rovers to Inchicore.

Kick-off is at 7.45, with tickets for home, away & neutral fans on sale right up the kick-off. Home & neutral tickets are available online via our website and from the club shop at Richmond Park (normal office hours on Thursday & all day on Friday) while Sligo Rovers fans should see their club social media pages for the link to purchase their tickets.

The game will also be live on RTE2 TV & the RTE Player worldwide, please note this match will not be available on the LOITV platform but can be watched for free on RTE2/RTE Player.

A win or a draw will secure a 2nd placed finish for The Saints, while Liam Buckley knows all three points for his side would keep them at least six points ahead of 4th place with just two games left, so there is plenty on the line for both sides.

St Pat's come into the game unbeaten in their last four games. Their most recent outing on Monday was a 2-2 draw against Bohemians at Richmond Park.

Billy King opened the scoring after just 12 minutes and Jay McClelland doubled the lead just after the break.

However, Bohs fought back and goals from Ross Tierney and substitute Promise Omochere rescue a point as the spoils were shared.

Sligo Rovers come into the game on the back of another two big victories in their quest for Europe.

Liam Buckley's side were in action on Monday and a late goal from Lewis Banks ensured they claimed all three points against Longford Town at The Showgrounds.

The sides have met three times so far this season and The Saints have won one, lost one and drawn one against The Bit O'Red.

Their most recent meeting in the Showgrounds had plenty of drama but St Pat's were on the losing side. Johnny Kenny and Ryan De Vries got the goals.

They last met in Richmond back in June and The Saints were victorious on that occasion with goals from Matty Smith and Ronan Coughlan to ensure St Pat's won all three points in the first game back in front of supporters.

Their first meeting was the most dramatic and when Jordan Gibson's penalty looked to have given Sligo the three points, but Ian Bermingham's 96th minute header rescued a draw in Sligo after an eventful game.

Head Coach Stephen O'Donnell has been reflecting on Monday's 2-2 draw against Bohemians & looking ahead to hosting Sligo:

"The players are enjoying their football and I think that showed in the first 55 minutes or so against Bohs, we were excellent on Monday night.

We should have been more in front but obviously gave away two really sloppy goals and we stopped what we were doing then but I thought we regained our composure in the last 10 minutes or so and were in the ascendency.

Our recent form has been good as have our performances, we've made changes and not really weakened the team which is a good sign for the squad.

Everyone is in a good rhythm, we are playing with confidence and enjoying our football coming to the latter end of the season.

Friday will be no different, it's going to be a tough game, but one we are looking forward to, especially at home in front of our brilliant supporters."

Jak Hickman has been in impressive form since his arrival in the summer. The former West From, Coventry City & Bolton Wanderers right-back has been enjoying life as a Super Saint so far:

"It's been a really busy schedule the last few weeks, with lots of games and we've got another one coming up on Friday against Sligo.

We have to keep working hard and keep giving our all to get the results, and we want keep our run of good performances going and keep the momentum.

Personally, it has been good to get a few 90 minutes under my belt over the last few weeks and get myself fitter, stronger and performing better.

It's an important part of the season now, we have the cup final coming up and obviously we have a few games left in the league, our main aim on Friday is to try to win the game and secure 2nd place."

Match Programme: You can download a free copy of 'The Saint' from our website on Friday morning

Where Can You Watch The Game: Tickets for home, away & neutral fans on sale right up the kick-off. Home & neutral tickets are available online via our website while Sligo Rovers fans should see their club social media pages for the link to purchase their tickets. The game will also be live on RTE2 TV & the RTE Player worldwide. Kick-off is at 7.45pm.