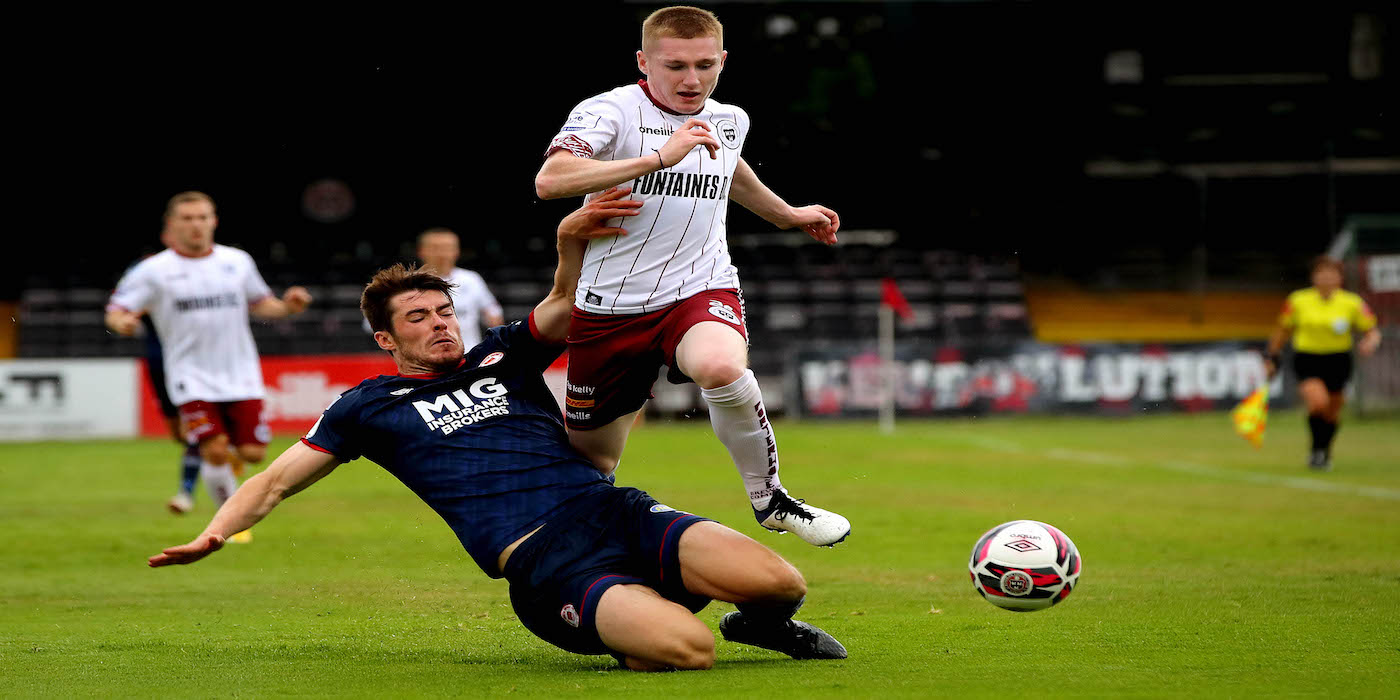 Kick-off at Richmond Park is at 7.45pm, in what is a dress rehearsal for the FAI Cup final at the end of next month.

Tickets for home fans and neutral supporters are on sale via the tickets tab on our website & will be on sale at the stadium tomorrow right up to kick-off, away supporters should check the Bohemians' social media pages for information about buying away tickets.

The Super Saints come into the game in a great run of form, last weekend, they beat Dundalk on Friday in the FAI Cup semi-final and Monday in the league, before a comprehensive 4-1 victory away to Longford Town at Bishopsgate on Friday evening.

Matty Smith scored his first even senior hat-trick with Alfie Lewis adding the other.

That win means that St Pat's have guaranteed a top three finish and have qualified for next season's UEFA Conference League qualifiers.

Bohemians drew 1-1 in Derry, Promise Omochere put Bohs' in front before Ronan Boyce equalised with almost the last kick of the game.

St Pat's and Bohemians have met three times in the league so far this season, the Saints have won two with The Gypsies picking up the points in the other.

Ronan Coughlan got the only goal in a 1-0 win at Dalymount in April before a Matty Smith goal and an injury-time penalty from Robbie Benson ensured St Pat's left Richmond Park with the three points in May. Dawson Devoy had equalised for Keith Long's side with his own late penalty.

The most recent Dublin derby clash was won by Bohs' at Dalymount in July in a game full of drama!

Georgie Kelly put the home side ahead before an Andy Lyons' own-goal made it 1-1, then Lee Desmond was sent off & Tyreke Wilson scored the resulting free before Liam Burt extended the lead in the 81st minute.

The Saints were then reduced to 9 men when Captain Ian Bermingham picked up a second yellow card, but somehow got back into the game through a Jay McClelland cracker but Bohemians held-on to win 3-2.

Head Coach Stephen O'Donnell has been busy preparing his team for Monday's match:

"We're delighted to have secured Europe & I'm very proud of the players but our focus is now on Monday night. We are in the middle of a lot of games so we'll rotate the squad.

It's a game we are looking forward to. The players were in for a recovery session on Saturday & trained well this morning (Sunday) so we'll be ready to go.

Bohemians had a set-back themselves on Friday night, conceding so late in Derry, so we'll see how they approach things and look after ourselves.

We've got a a good squad and everybody is fighting for places, we saw last weekend with the Friday/Monday turn around just how good our squad is, everyone has been doing very well, everyone is very happy to have achieved our goal of qualifying for Europe & we're looking forward to Monday's derby!"

We also spoke to Manager Alan Mathews ahead of the game, you can watch his full interview on our Youtube channel.

Team-news: Ronan Coughlan is available again after serving his suspension. John Mountney (knee) is out for the season while Ben McCormack continues to recover from an ankle injury.

Where Can You Watch The Game: If you are not attending the match, it will be live on LOITV, kick-off is at 7.45pm