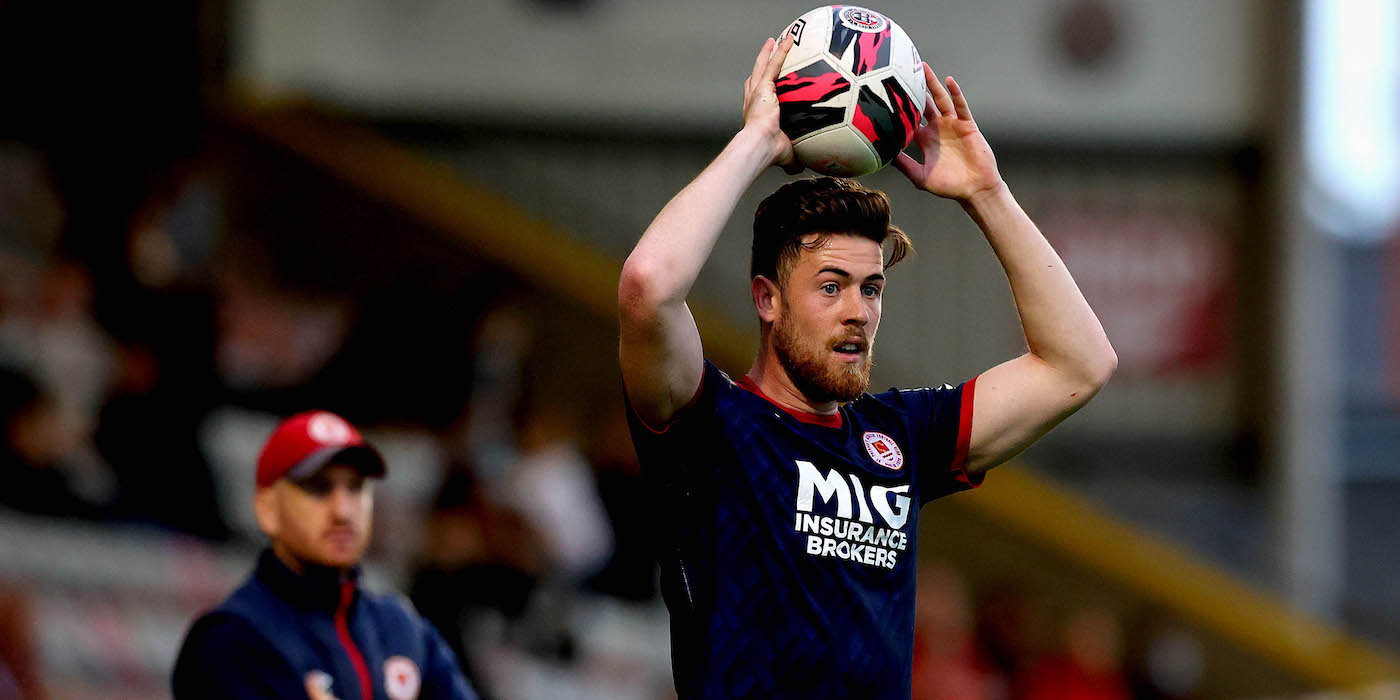 St Patrick's Athletic will play their third game in a week on Friday night when they travel to Bishopsgate to take on Longford Town.

Kick-off is at 7.30pm and the game will be live on LOITV, with tickets for away supporters available on the Longford Town website, please note, no away tickets will be on sale at the ground, tickets must be purchased online in advance.

The Saints will be hoping to make it three wins in a row after a brilliant bank holiday weekend.

Last Friday was a magical night as St Pat's qualified for the FAI cup final for the first time since 2014, with a 3-1 victory over Dundalk.

There was plenty of drama in the second half in front of a sold out Richmond Park, and two sensational goals from Matty Smith and Darragh Burns booked the Inchicore sides' place in the final.

Dundalk made the trip to Inchicore again on Monday night in the league and St Pat's were victorious again as another King goal in the 27th minute ensured all three points stayed in Dublin with a 1-0 win.

The Saints will be hoping to keep up their good form with another three points on Friday night in Longford.

Longford Town are bottom of the table, with their relegation back to the First Division already confirmed.

Daire Doyle's side last picked up points back in September with a 1-0 win over Dundalk at Bishopsgate.

They were in action last weekend but were beaten 1-0 against Shamrock Rovers with Graham Burke's strike midway through the second-half the only goal of the game.

The sides have met three times in the league this season, with The Super Saints taking maximum points so far.

It was goals galore in their last meeting at Richmond in September. Billy King's early strike put St Pat's 1-0 up before Longford levelled proceedings just after the half time break through a brilliant Dean Williams free-kick.

However, Chris Forrester and Darragh Burns both helped themselves to goals in the second-half and despite a late Conor Davis goal, St Pat's held on for a 3-2 win.

Their last clash in Longford ended in a 3-1 victory for St Pat's thanks to goals from Robbie Benson, Matty Smith and Ronan Coughlan. Aaron Dobbs got Longford's goal from the penalty spot.

Their first meeting was a comfortable 3-0 triumph for St Pat's at Richmond early in the season, a game that will be remembered for Chris Forrester's wonder goal, Forrester got two with Coughlan also on target.

Head Coach Stephen O'Donnell has been busy during another hectic week, and is looking forward to another game:

"We know it is going to be another tough game down there. Longford have been in most games this season and they are still being really competitive, we saw that in their performance last Saturday against Shamrock Rovers.

We had a good performance down there in the first game back after the summer break, so we are looking forward to going down.

We had a very good weekend last weekend, obviously getting to the cup final and backing it up with another win on Monday in the league was a great weekend for us but our focus is fully on Friday.

All of the players are looking forward to it."

Sam Bone missed Friday's cup semi-final through suspension but was back in the team for Monday's league win, he knows The Saints will have to hit their maximum levels to get the three points on Friday:

"We are all looking forward to the game, Longford have played well against us this season and you never get an easy match at Bishopsgate.

We need to show the same levels of professionalism and performance that we've been showing in recent weeks and hopefully we can pick up another win.

There are only five league games left and we want to finish the league campaign strongly, everyone is also fighting for places in the team which is a great place to be at the business end of the season.

We've got a busy few weeks ahead, starting with Longford, and we'll be going there with the intention of picking up three points!"

Team-news:Chris Forrester and Matty Smith return from suspension, Ronan Coughlan however is suspended after his red card in Derry. John Mountney (knee) is out for the season while Ben McCormack continues to recover from an ankle injury.

Where Can You Watch The Game: The match will be live on LOITV, kick-off is at 7.30pm, away tickets are on sale on the Longford Town website