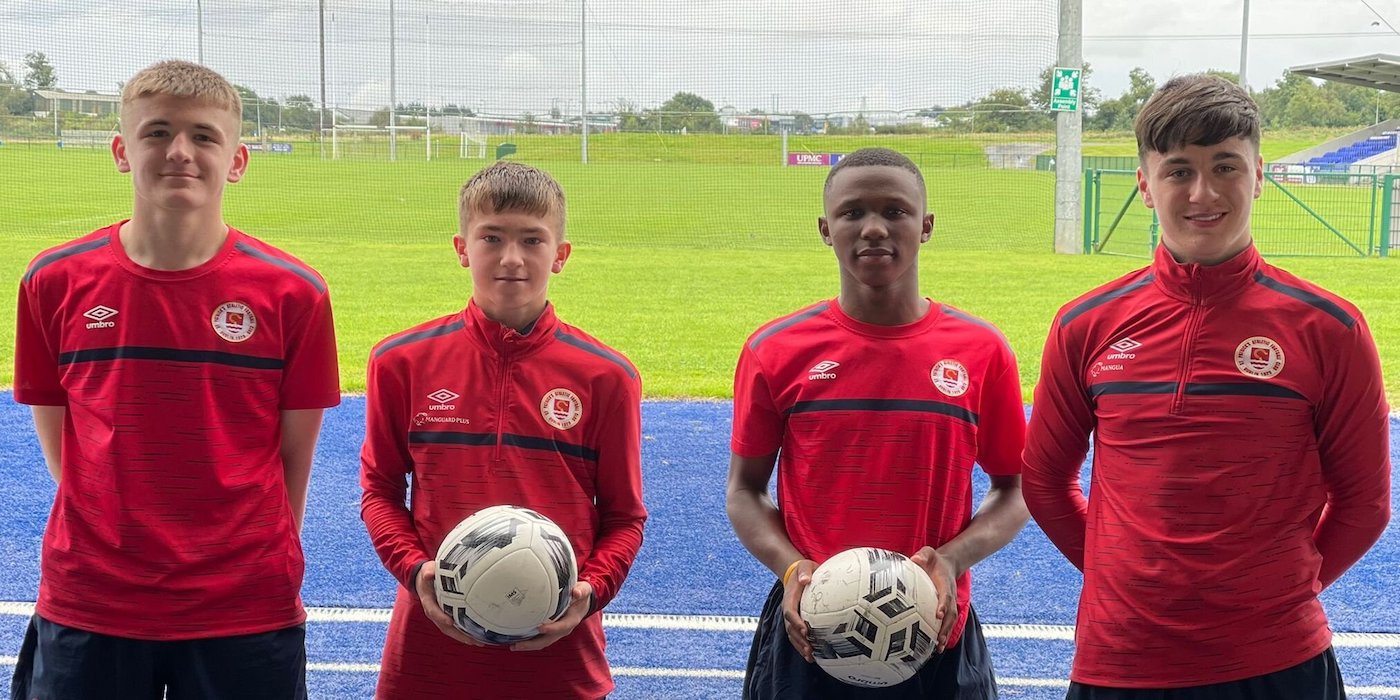 The elite phase of the EA Sports National Underage Leagues is well underway, with all four our of Academy teams in action last weekend.

Our U14s got things underway on Saturday and fell to a 5-3 defeat at home to Mayo. Bez Agbontaen, Lee Brennan and Lee Gilbert got our goals in an eight goal thriller.

Later on Saturday, our U17s continued their unbeaten season so far with a hard fought 1-0 win at home to Bray Wanderers at TU Dublin Blanchardstown. Ian Byrne got the winner!

While it was two wins from two on Sunday!

Our U15s were 2-0 victors in Waterford thanks to goals from Yuyo Mosea and Brian Moore goals at WIT Arena.

While there was drama at Richmond Park as our U19s, playing with ten men for much of the second-half, trailed Galway United 1-0.

Kian Corbally equalised in the 93rd minute before a Tommy Longergan penalty in the 97th minute, which was literally the last kick of the game, won it for the Saints, 2-1!

Our U14s and U15s are not in action this weekend but there are big matches for the U17s and U19s.

On Saturday, the U17s will host Cobh Ramblers in the Mark Farren Cup 1/4 finals, kick-off in TU Dublin Blanchardstown is at 2pm, while on Sunday, the U19s are at home to Derry City in the EA Sports National Underage League, KO at Richmond Park is at 2pm