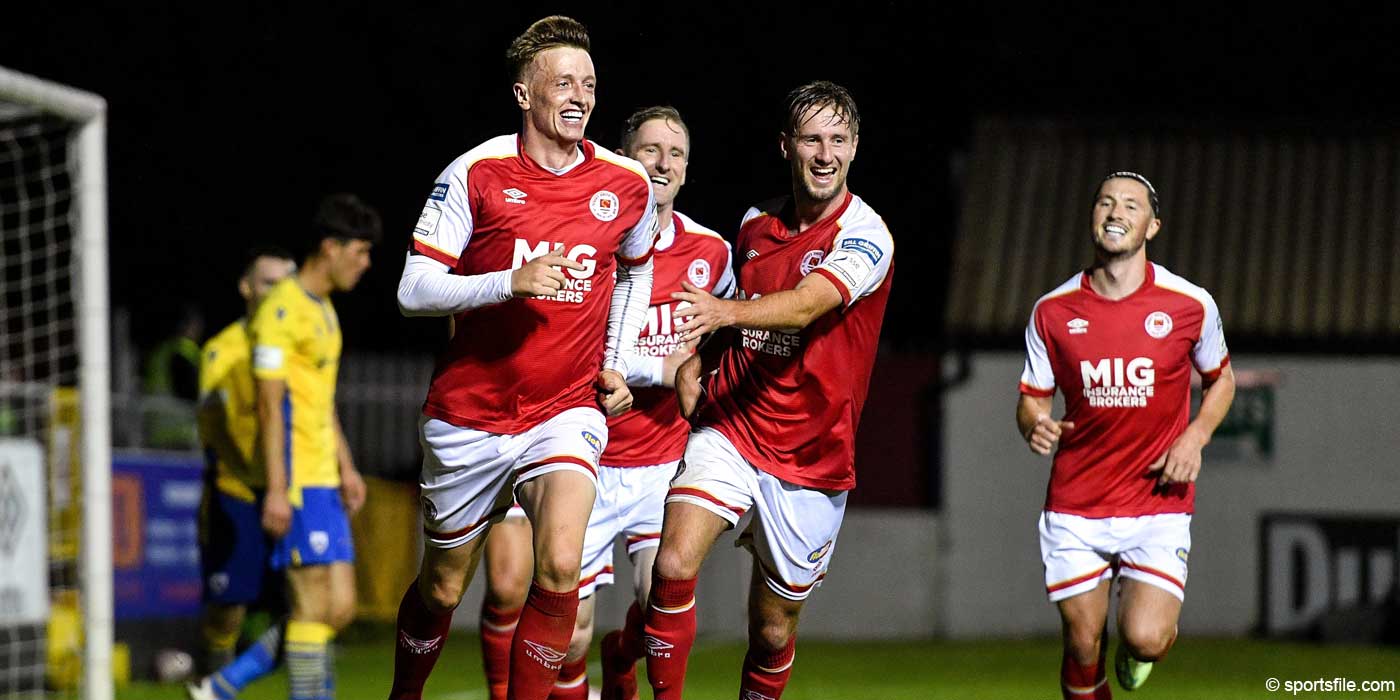 A cracking Billy King opener was cancelled out by an equally impressive Dean Williams free kick for Longford.

However, The Saints found another gear and goals from Chris Forrester and Darragh Burns ensured all three points stayed in Inchicore. Conor Davis did get a consolation goal right at the death, but St Pats held on for another home win.

St Pats enjoyed plenty of possession in the opening few minutes and they created a decent chance just four minutes in. Billy King's trickery down the right side created space for him to whip in a low cross with Chris Forrester's glancing shot at the front post going just wide of the target.

Chances dried up after Forrester's effort as The Saints enjoyed a lot of possession but despite a few inviting crosses, they were unable to create a decent chance for themselves.

Just before the half time mark, they were rewarded for their early dominance. When Billy King picked the ball up 25 yards out from the goal, there didn't seem to be much on. However, King rolled the ball in front of him and unleashed a thunderbolt into the top left corner, giving Lee Steacy no chance in the Longford goal.

There were a few dangerous St Pats crosses whipped in,which caused some panic for the Longford defence, but nobody could seem to get a touch on the end of a cross, as the Longford defence cleared their lines on numerous occasions to trail at the break by the minimum.

Despite not creating any real chances in the first half, Longford stayed in touch and kept themselves in the game and five minutes into the second half, their impressive first half defensive display paid off. Longford won a free kick on the edge of the St Pats area and it was Dean Williams who hit a spectacular free kick which flew past a helpless Barry Murphy in the Saints goal to level the game at Richmond.

St Pats regained control after Longford drew level and with 67 minutes played, they regained control. Jack Hickman delivered a delicious cross into the danger area and the attempted clearance fell kindly into the path of Forrester who blasted the ball home from close range to give his side the upper hand once again.

Longford almost equalised in the dying moments and there were some nervous Saints fans when Aaron Dobbs broke through on goal, but he was denied after some heroic defending from Paddy Barrett. Immediately after, Matty Smith was set free down the left hand side. His cross eventually fell to Darragh Burns who had a lot to do, but he did excellently to find space and his left footed shot flew into the top corner.


Conor Davis did grab a consolation goal right at the death for Longford, but with the Richmond crowd now in full swing, The Saints held on to secure all three points as they cruised to their seventh consecutive win at Richmond Park.