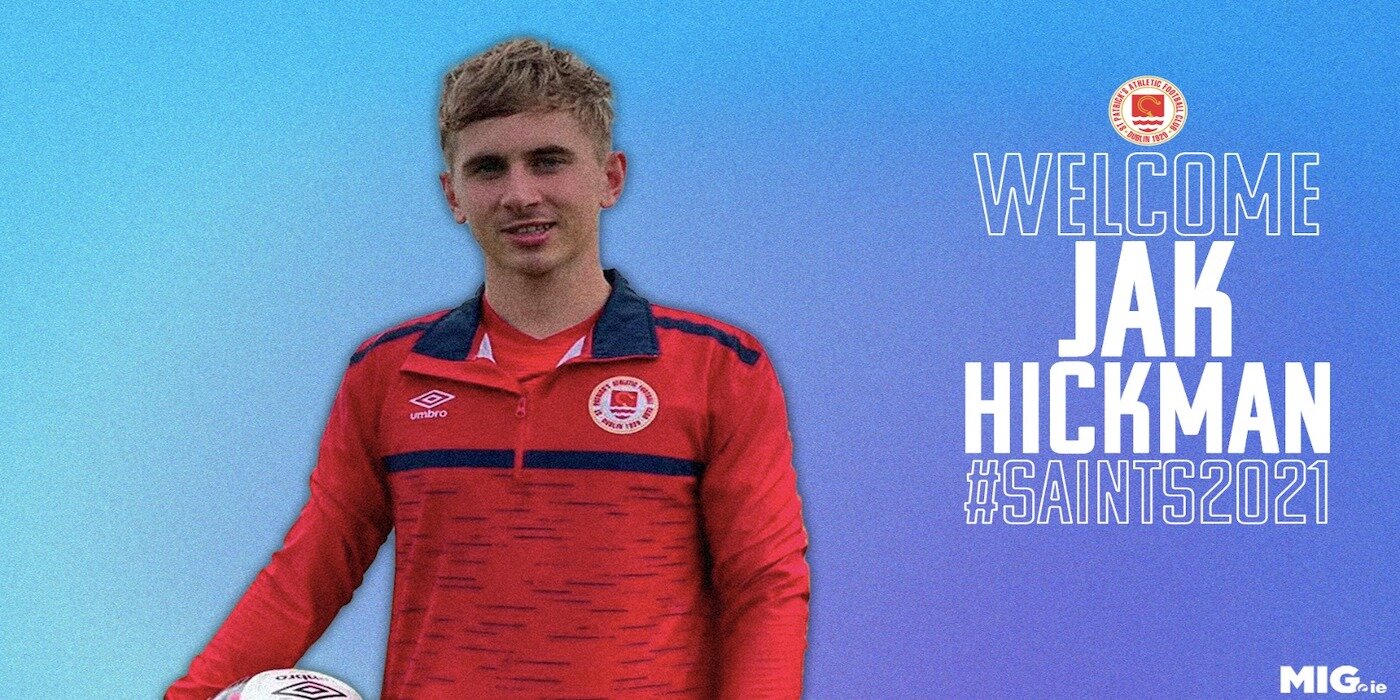 Jak Hickman Signs For The Saints!

The 22-year-old was most recently with Bolton Wanderers in League 2.

Jak began his career with West Brom at the age of seven before joining Coventry City in 2017, a number of loan spells in the lower leagues followed.

Hickman, who is a right-back, signed for Bolton Wanderers in August 2020 before a loan spell with National League side King's Lynn Town.

Jak is delighted to have joined The Saints:

"It's good to be here. My season finished in May and spoke to other clubs in England but I heard about the opportunity to come over here and it was one that I couldn't pass up on. It's a different experience for me and I'm looking forward to a new chapter.

The club is on the up and there is a process going on here, you can see that with how well the lads are doing in the league, there's some really good players here, I've got to see that for myself, it's a very good standard and it's something that I wanted to be involved in."

"We are delighted to get Jak on board. We got the injury to John Mountney in Dundalk recently so it was a position that we needed to strengthen in. Jak has great great pedigree, he played a number of times last season for Bolton in League 2 and got promoted.

He's shown good quality in training so far and we are looking forward to working with him."