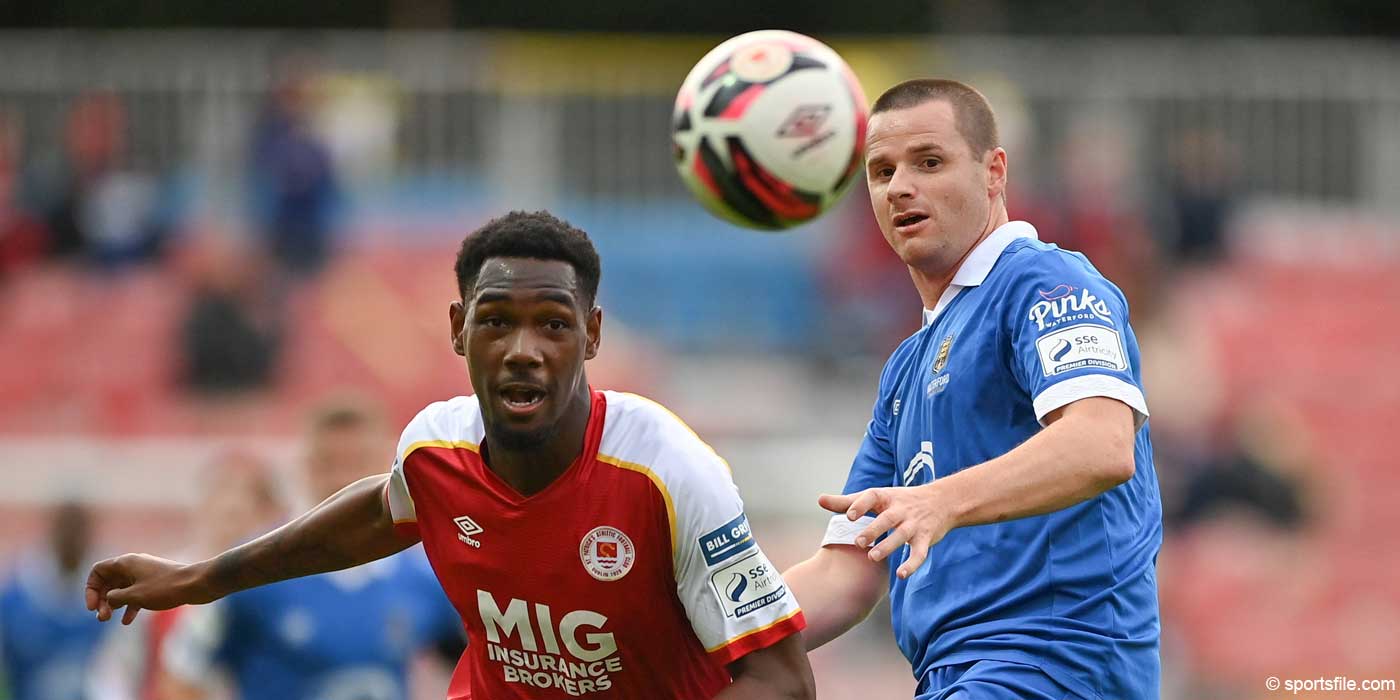 It was a good performance from The Saints who stood tall despite a second half comeback from Waterford.

Matty Smith gave The Saints the lead 23 minutes in and Nahum Melvin Lambert doubled their lead midway through the second half.

Waterford did grab one back just after the hour mark when Junior won, and converted his penalty, but it was not to be, as St Pats held on for a priceless three points, moving them level on points with Shamrock Rovers at the top of the table.

However, a late injury for Lee Desmond did dampen the mood at Richmond with the centre back stretchered off following an accidental clash with Jaros and a Waterford player.

St Patrick's Athletic showed two changes to the team which beat Dundalk 4-1 at Oriel park last weekend with Sam Bone and Billy King returning to the side, replacing John Mountney and Jay McClelland.

The Saints dominated much of the ball in the opening exchanges, and eight minutes in, they had the first real chance of the game. Billy King enjoyed some of his trademark step-overs before cutting in from the right and firing goal bound, but it drifted just wide of the target.

Minutes later, Waterford goalkeeper Brian Murphy's misjudged clearance fell kindly to Matty Smith who found Ben McCormack in the middle, but McCormack's shot had too much as it sailed over Murphy's head and onto the top of the goal net.

St Pats finally found their luck on 23 minutes when Matty Smith rattled the back of the net. Billy King did well to create an opening and it looked as if he had been dispossessed but the ball ricocheted into the path of Smith who made no mistake in burying the ball past Murphy to open the scoring.

His delight turned to disappointment moments later when his night was cut short due to injury, replaced by Darragh Burns after 25 minutes of play.

Chances were few and far between for the remainder of the half with both Chris Forrester and Prince Mutswunguma chances at either end sailing well wide of the target, as The Saints took a one goal lead into the break.

It was the Inchicore men who started the second half brightly, and they created the first chance of the half five minutes in. Ian Bermingham's cross deep into danger area bobbled around before Darragh Burns eventually squared it to Nahum Melvin Lambert, but he dragged his shot to the right of Murphy's post and wide.

Waterford looked extremely dangerous on the counter and when Junior Quitirna capitalised on heavy Paddy Barrett touch, he raced through on goal and had the goal at his mercy, but his left footed drive thundered just wide of Jaros' post.

The Saints responded brilliantly. Two minutes later and 59 minutes into the game, they doubled their lead. Billy King set Ian Bermingham free down the left hand side and he floated in a delicious cross for Nahum Melvin Lambert to head home from close range for his second goal in as many matches for the 18 year old.

Four minutes later, Waterford were handed a lifeline when referee John McLaughlin pointed to the spot after Junior Quitrina was fouled in the penalty area. He stepped up himself and buried low into the corner, giving Jaros no chance and giving Waterford real hopes of a comeback.

They had to be wary of the Waterford counter, which looked dangerous all night. The game opened up inside the last 20 minutes with Burns and King enjoying a lot of possession down the right hand side. Five minutes from time, they almost grabbed a third when Billy King's inviting cross sailed right across the six yard box and almost teed subsitute Jay McClelland up at the back post, but for a last ditch tackle from Waterford's Darragh Power to take it off the toes of McClelland.

Waterford threw everything at the game late on, but The Saints held on for all three points after a nervy final 10 minutes.

The victory was overshadowed by a late injury to Lee Desmond. Desmond suffered a facial injury after a clash of heads with goalkeeper Viteszlav Jaros and he required extensive medical attention on the field before being stretchered off. Lee was taken to hospital and was conscious, stable and undergoing tests on Friday evening.

15-year-old Sam Curtis made his debut in place of Desmond for the final minute.

Next up for St Pats is a trip to Ballybofey to face Finn Harps next Friday night.