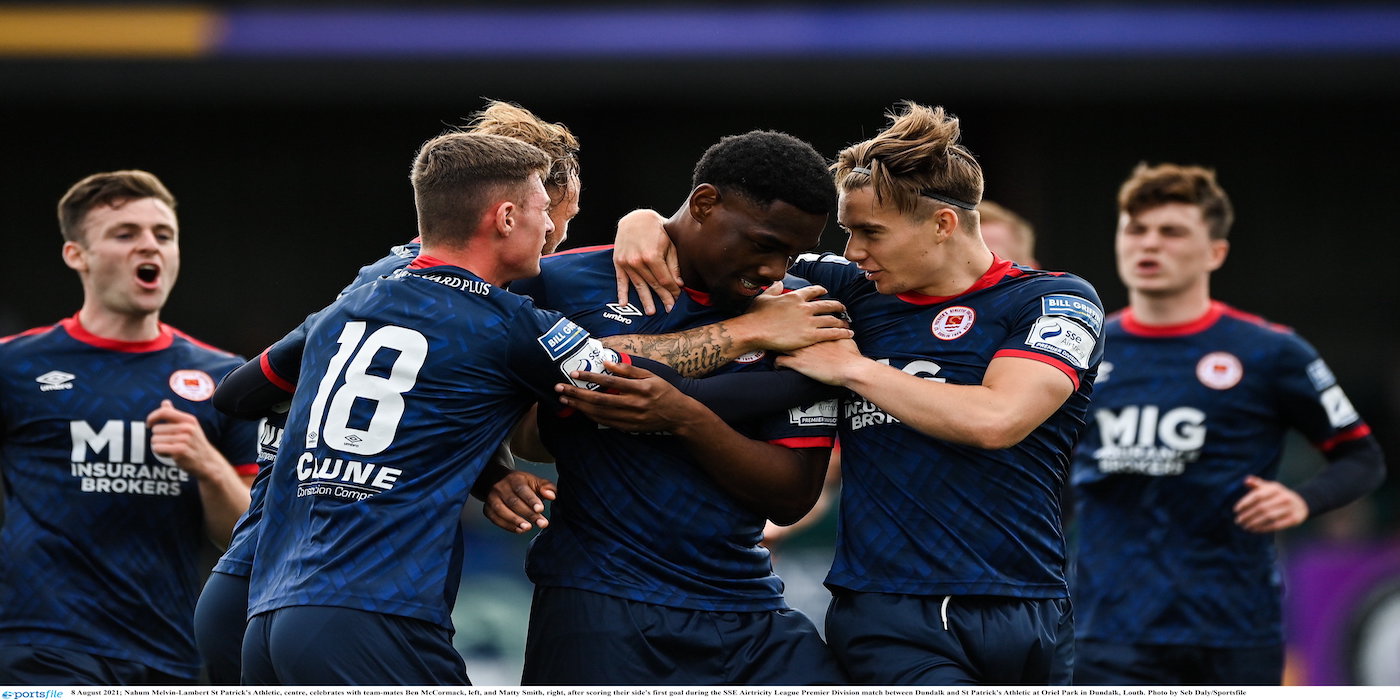 St Patrick's Athletic enjoyed a Super Sunday at Oriel Park thanks to a 4-1 win away to Dundalk.

The opener came in just the 11th minute, Melvin-Lambert, making his first start since his return on loan, scored from close range after John Mountney's shot had been saved.

Dundalk equalised after 25 minutes after a great counter attack, Patrick McEleney's found Michael Duffy whose cross was bundled in by Patrick Hoban to make it 1-1.

Smith got his first of the afternoon four minutes before the break after a good period of pressure, Ben McCormack's effort was well blocked by it fell to Smith who blasted into the net to put his side ahead at half-time.

Chris Forrester's penalty made it 3-1 after Dundalk 'keeper Alessio Abibi had fouled sub Billy King in the box before Smith got his 7th of the season with ten minutes left, finishing well after a mistake in the Dundalk defence, to move level on goals with St Pat's top scorer Ronan Coughlan.