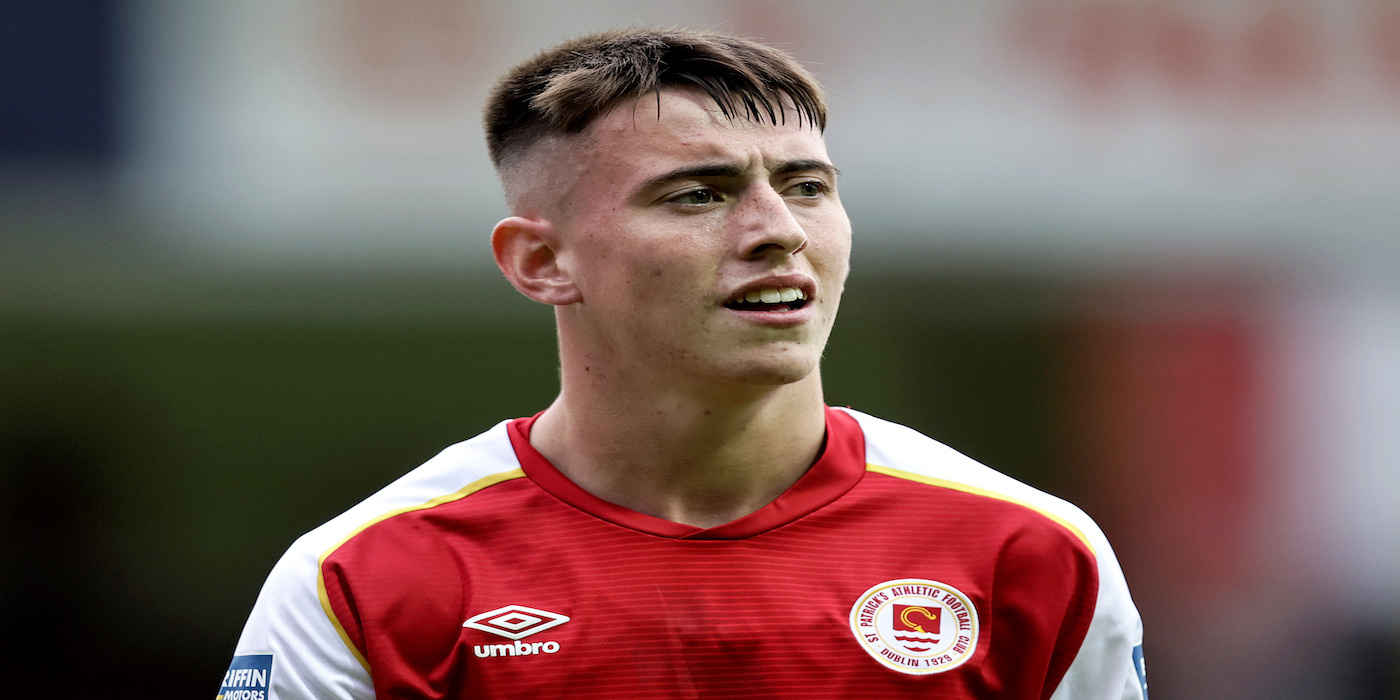 Cup fever will hit Inchicore on Friday evening when St Patrick's Athletic take on Bray Wanderers in the 1st round of the FAI Cup.

Kick-off is at 7.45pm with the game live on LOITV.

The Saints come into the tie on the back of an impressive 2-0 league victory over Drogheda United at a sunny Richmond Park last Friday night.

Darragh Burns set up Chris Forrester who rolled into an empty net for the first before Robbie Benson's wonderfully taken second secured all three points for The Saints, that victory made in four wins from four at home since the return of supporters.

St Pat's will be hoping for a good cup run this year and come into the match in a positive run of form, they sit joint top of the table of the Premier Division after 21 matches.

The Saints were last crowned FAI Cup champions back in 2014 after a famous 2-0 win over Derry City in the final which ended a 53 year wait for their third FAI Cup triumph.

Chris Forrester and Ian Bermingham the sole survivors from that side, and they will be keen to taste some cup success again this season.

Tomorrow evening's game is the first meetings of the sides since the same stage of the competition back in 2019.

The Saints came out on top in a 2-1 victory. Dave Webster and Glen McAuley got the goals after Dean Williams had put The Seagulls ahead.

Bray are currently promotion hopefuls in the First Division, they currently sit in the last play-off spot (5th place), with 23 points from their 16 matches so far.

They've won two, drawn three and lost just once since the mid-season break, last time out they drew 0-0 with second place Galway United at the Carlisle Grounds.

Former Saint Brian Maher made a brilliant save in the 96th minute of that game. Maher joins a number of former St Pat's players returning to Richmond Park on Friday.

"We have a little breather from the league now, we are very happy with our recent form, especially with the two good home wins, and two clean sheets in the last two weeks so we roll on into the FAI Cup.

We were beaten in the first round of it last year against Finn Harps away, so we are treating this game as serious as any other league game.

Bray are a good team, they've some very good individuals that can hurt you, so we are under no illusions that we are going to have to play well to get into the next round."

O'Donnell is looking forward to the start of what is an important competition:

"The end goal is to get to the final which is the biggest domestic day in our calendar. You get to play at The Aviva, which is huge occasion for both sets of fans and obviously to play on a surface like that in an arena like that is something that every player wants to do so that's the end goal.

The only way you get there is by taking care of business in the early rounds and then you roll on into the latter stages so it;s a great way to conclude the season looking forward to an FAI cup final and getting there.

It's a great day out for players and staff and for their families etc, so that's the end goal and this is the first step towards it but if we take our eye off the ball, we won't be getting to that end goal because Bray are capable of doing damage."

Darragh Burns has burst onto the scene this season, with some eye-catching performances in his first full season at senior level.

The 18-year-old has found the net twice and got a number of assists in what has been an impressive season so far.

Burns has won leagues at U17s and U19s with the club and is excited about the beginning of the cup this week:

"We got turned over up in Finn Harps last year and it was very disappointing in the first round so we can't afford to take our eye off the ball.

We want to get a good cup run, it's only five games and you're going to The Aviva which every player wants so it's a big deal to try to get to a cup final and that's our aim going into the game on Friday night, to make the next round.

The First Division is very competitive, and Bray had a good season last year making it to the play-offs.

They are not in our league this year but we will do our work like we do on ever team to prepare properly.

I know a couple of the boys there, Richie O'Farrell and Brian Maher and they're all good players so they're going to put it up to us on Friday night but hopefully we can put on a performance and get the better of them."

Team-news: Jamie Lennon returns from suspension but Shane Griffin will miss out with a shoulder injury.

Where Can You Watch The Game: The match will be live on LOITV, coverage begins at 7.15 with kick-off at 7.45pm. Jamie Moore and Ger O'Brien will be in the commentary box

Podcast: Episode 9 of our Talking Saints Podcast is available now on Apple Podcasts, Spotify, Breaker, Radio Public and Pocket Casts, you can also watch it on our YouTube channel.

It was an action Packed episode with much of the focus on the FAI Cup.

Dermot Looney looked back on some memorable moments in the FAI club for The Saints while former Saints Ger O'Brien, Conan Byrne, Killian Brennan and Christy Fagan along with their then manager Liam Buckley remembered the last time The Saints won the FAI cup on that famous day in 2014.