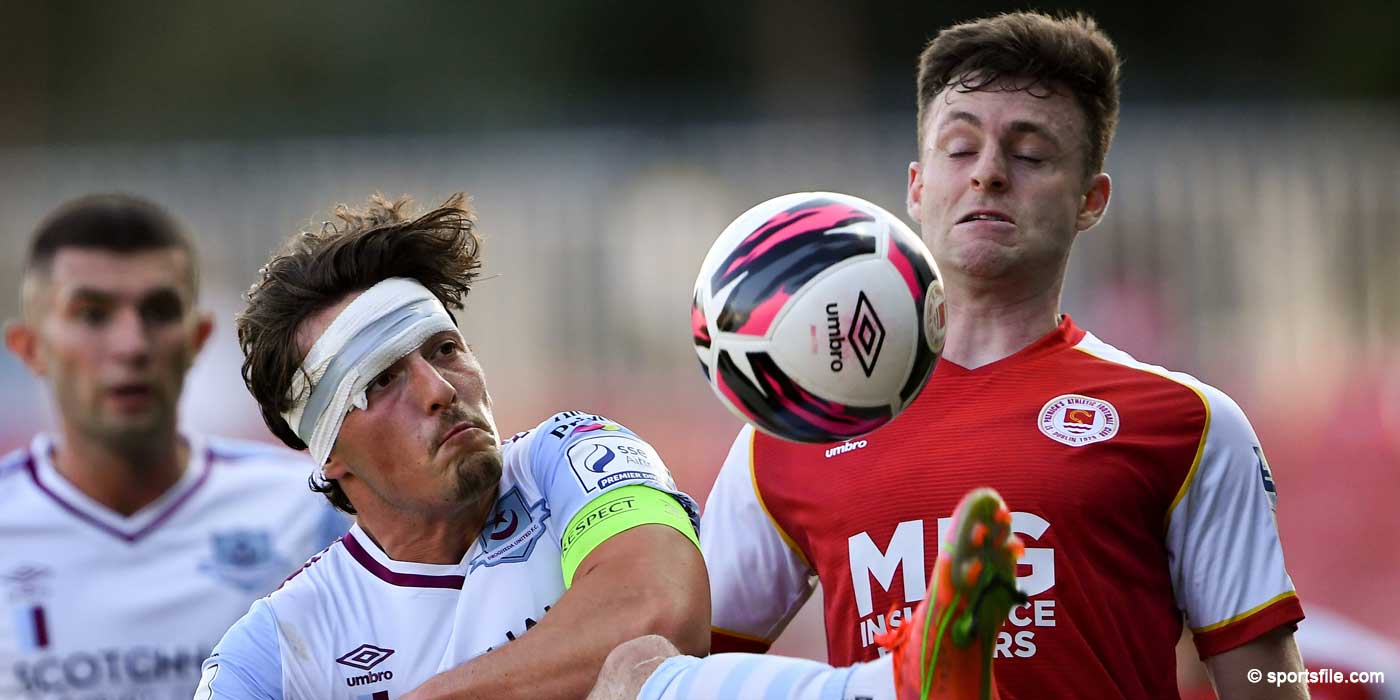 St Patrick's Athletic made it two from two as they cruised to a 2-0 victory over Drogheda United at a sunny Richmond Park on Friday evening. Two second half goals from Chris Forrester and Robbie Benson sealed victory, with The Saints now second, behind Shamrock Rovers on goal difference.

With the sun belting down on Richmond Park in what were desert-like temperatures, on the field, the heat was just as intense, with both sides looking to continue some impressive recent form.

The Saints almost got their perfect start inside the opening two minutes. Billy King did terrifically to turn and as it opened up for the striker, he fired at goal, but was unable to direct it away from David Odumosu in the Drogheda goal.

It was end to end stuff in the opening exchanges and at the other end minutes later, Darragh Markey did well to tee up Mark Doyle, but Doyle fired over the bar in what was a hectic few minutes.

St Pats settled well after, as they enjoyed the majority of possession, stringing together some impressive passes. Sam Bone, who started at right back delivered a beautiful cross into the danger area and Darragh Burns' diving header looked as if it had creeped in, but glanced just over Odumosu's crossbar.

St Pats were dominating possession as Drogheda sat back and allowed The Saints plenty of ball. Chris Forrester's audacious flick sailed right across the face of the goal before another half volley which went well over the bar was the last action of the opening quarter as the referee blew his whistle to signal a water break, a testament to just how warm it was in Inchicore.

Chances were few and far between for the remainder of the half, although The Saints did look the most threatening. Paddy Barrett was causing problems for the Drogheda defence through some dangerous set pieces and 35 minutes in, The Saints almost opened the scoring. Paddy Barrett rose highest from a corner to head the ball back across the danger area. As the ball bounced around, it eventually fell to Lee Desmond but his right footed snapshot drifted just wide of the left post.

Mattie Smith and Darragh Burns did create half chances for themselves in injury time of the first half, but to no avail as the sides went in level at the break.

The second half started just as the first half had, with The Saints dominating much of the possession.

Remarkably, the only two clear cut chances in the second half were both goals, and both came for the Inchicore men.

They nudged themselves in front just after the hour mark. A wonderfully weighted pass over the top from Jay McClelland found Darragh Burns six yards out, one on one. The teenager did excellently to compose himself and he rolled it across the six yard box to Chris Forrester who made no mistake in poking the ball home to give his side the lead.

Despite going a goal down, Drogheda did settle as they looked for a way back into the game, but 79 minutes in, they went two behind. Paddy Barrett played a superb cross field ball to set Mattie Smith free down the left and through on goal. Smith's effort from a tight angle was well saved by Odumosu, but the rebound fell to Robbie Benson who buried the ball past a number of Drogheda bodies in front of the goal.

As Drogheda looked for a lifeline, it was not to be, as The Saints defence stood tall and grabbed all three points in a 2-0 victory.

Next up is a trip to Tallaght, a Dublin derby and a top of the table clash against Shamrock Rovers on Friday 30th of July, with a two week break until then.