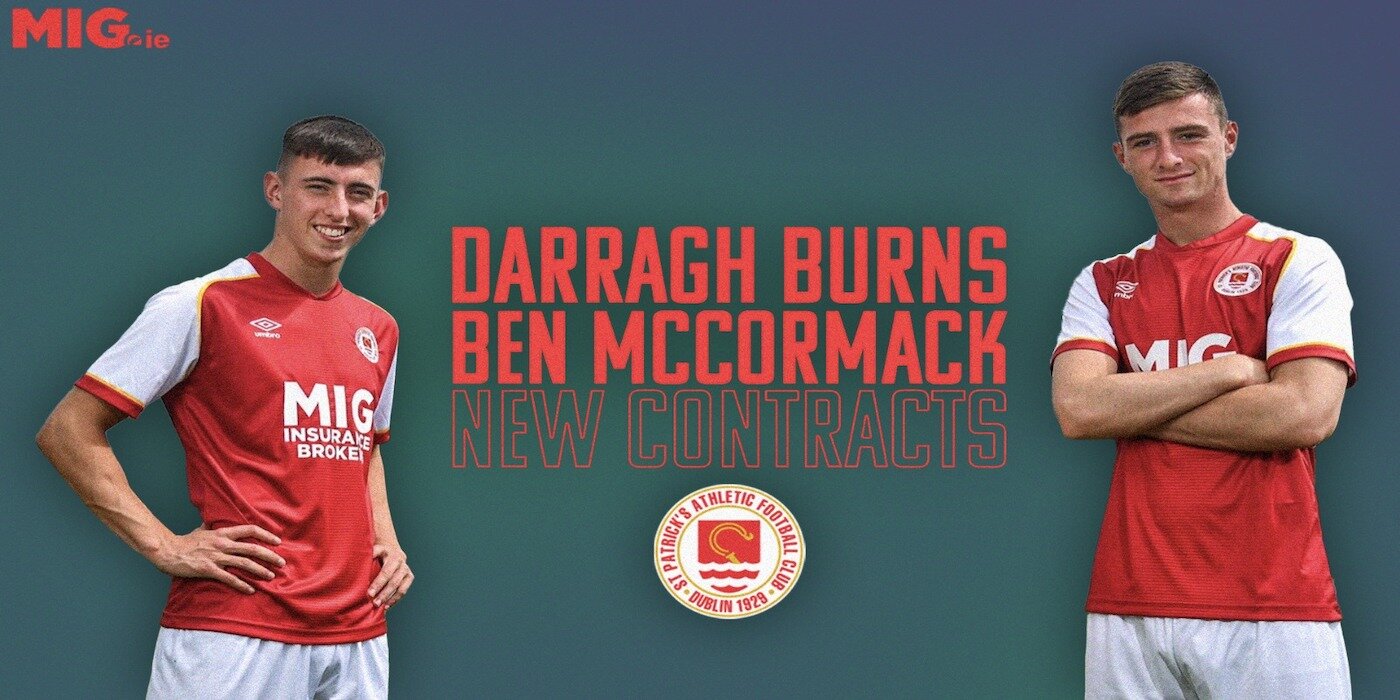 Teenagers Darragh Burns (18) and Ben McCormack (18) have both signed new professional contracts with the club.

Both players signed their first professional contracts at the beginning of the 2020 season and have both extended their time at Richmond Park by signing contract extensions this week.

The lads have both starred in our Saints Academy in recent seasons, since joining in January 2018.

Both signed their first professional contracts at the start of last season and made their competitive league debuts during the shortened 2020 campaign.

Darragh has made 11 league appearances this season, scoring twice, while Ben has played in 14 league matches so far in 2021.

Both players along with Head Coach Stephen O'Donnell have been speaking to our YouTube channel, watch the full interviews below

"I'm over the moon, I've been at the club for a couple of years and played underage football and progressed into the first team. I've managed to get some games this season and that's my aim to keep breaking into the team and showing people what I can do. I love playing for this club and I'm looking forewarn to the future."

McCormack has also been giving us his reaction:

"I'm delighted to have signed and that it's all done and now I can fully focus on my football, I think it's gone very well this season, I'm enjoying my football as much as I have so far at St Pat's and I'm aiming to kick on now."

"We are delighted to get Ben and Darragh signed, they've been in and around the first team for the last couple of seasons and this season they've both really kicked on and played proper minutes. They are two very good talents with great attitudes and their job is now to kick on and excel and really go up levels."