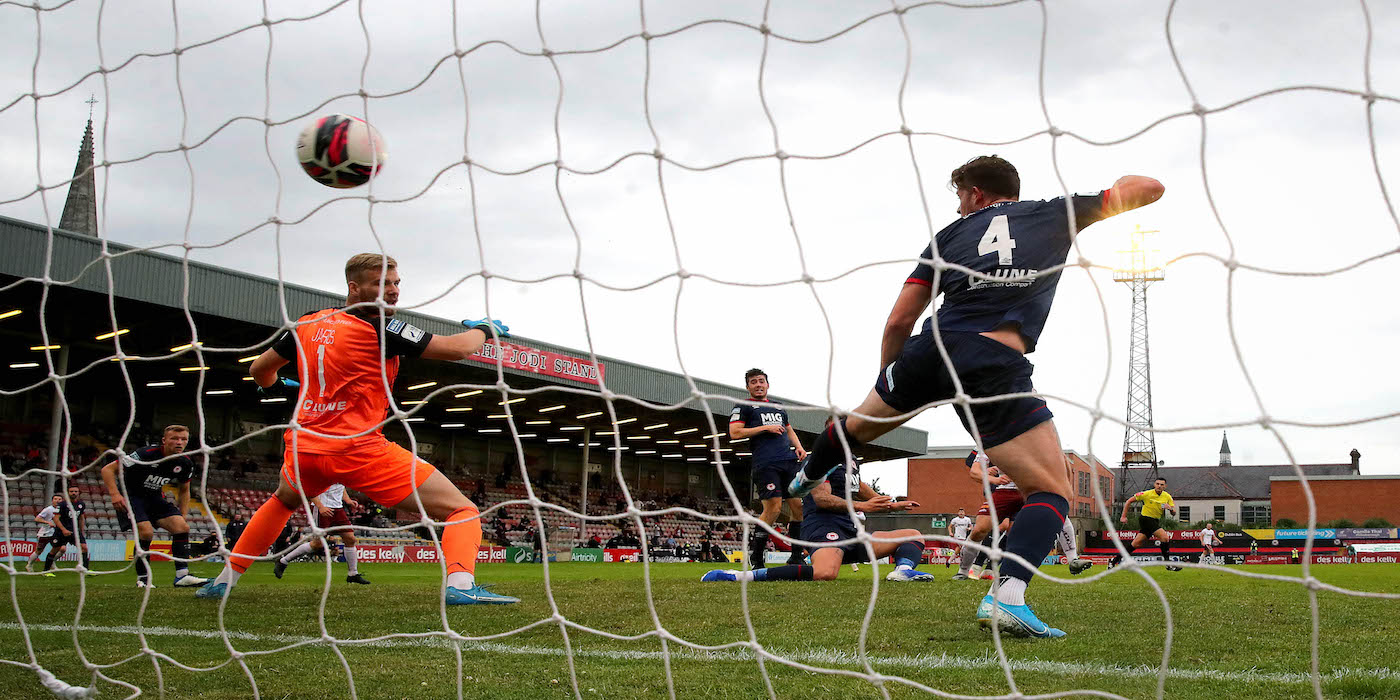 St Patrick's Athletic succumbed to a 3-2 defeat on Friday evening against Bohemians at Dalymount Park. An Andy Lyons own goal after some great work by Darragh Burns cancelled out Georgie Kelly's opener. However goals from Tyreke Wilson and Liam Burt gifted Bohs all three points. A late wonder strike from Jay McClelland wasn't enough for The Saints as their fight back was too little, too late as Bohs held on for the victory.

With injuries and suspension, there were four changes to the Saints side who drew away at Waterford on Friday last. Ian Bermingham, Paddy Barrett, Jamie Lennon and Chris Forrester all came into the side to replace Jay McClelland, John Mountney, Alfie Lewis and Ben McCormack.

Eight minutes in, Paddy Barrett almost opened the scoring from distance. His dipping, deflected shot did have James Talbot in the Bohemians goal worried, but he got down well at full stretch to push the ball away for a corner.

Talbot was called into action again soon after, but Matty Smith's shot was hit straight at the Bohs shot stopper and he saved comfortably.

The game opened up on the 20 minute mark, and Bohs enjoyed their purple patch. 24 minutes in, Ali Coote teed Georgie Kelly up and the former Saint managed to get a shot away but he was unable to direct it away from Jaros as the Saints keeper got did well to push the powerful shot away.

The remaining minutes of the first half were scrappy as both sides struggled to maintain possession as just as it looked they would head in level, Georgie Kelly struck just before half time to give Bohs the lead. Ross Tierney's header in the box was cleared off the line by Sam Bone, but the rebound from the clearance fell kindly to Georgie Kelly who made no mistake in burying the ball to the back of the net to give his side a one goal lead at the break.

The Saints started much brighter in the second half and after a succession of dangerous corners, The Saints nearly had an equaliser. Sam Bone hit a deflected effort at James Talbot and Talbot fumbled, almost spilling the ball into his own net but the referee adjudged the ball not have crossed the line as The Saints searched for a way back into the game.

Two minutes after the Bone effort, The Saints were level. Robbie Benson split the defence with a beautiful pass to Darragh Burns to set him free and Burns did brilliantly to lift the ball over the keeper. His effort hit the post but the ball bounced back and straight off Andy Lyons into the back of the net for the equaliser.

With both sides looking to nudge themselves ahead, it led to an extremely entertaining game which was end to end. Jaros was alert to deny Ross Tierney from close range with the Bohs midfielder almost bundling the ball home from close range.

St Pats were dealt a blow when Lee Desmond received his second yellow card. Tyreke Wilson hit the resulting free kick and his left footed bullet gave Jaros no chance as he produced a sensational strike to give Bohs the lead once again.

10 minutes from time, Bohs wrapped it up when they broke at pace. Liam Burt picked up the ball inside his own half and went on a dazzling run, eventually unleashing a powerful shot into the corner past Jaros.

Ian Bermingham was also sent off when he picked up a second yellow card late on and despite being reduced to nine men, The Saints kept plugging away and in the dying minutes, Jay McClelland hit a wonder strike which flew past Talbot in the Bohemians goal to give St Pats a glimmer of hope.

The Saints threw the kitchen sink at the game late on and did exert pressure on the Bohs defence, but it wasn't to be as Bohemians held on for all three points in the derby.