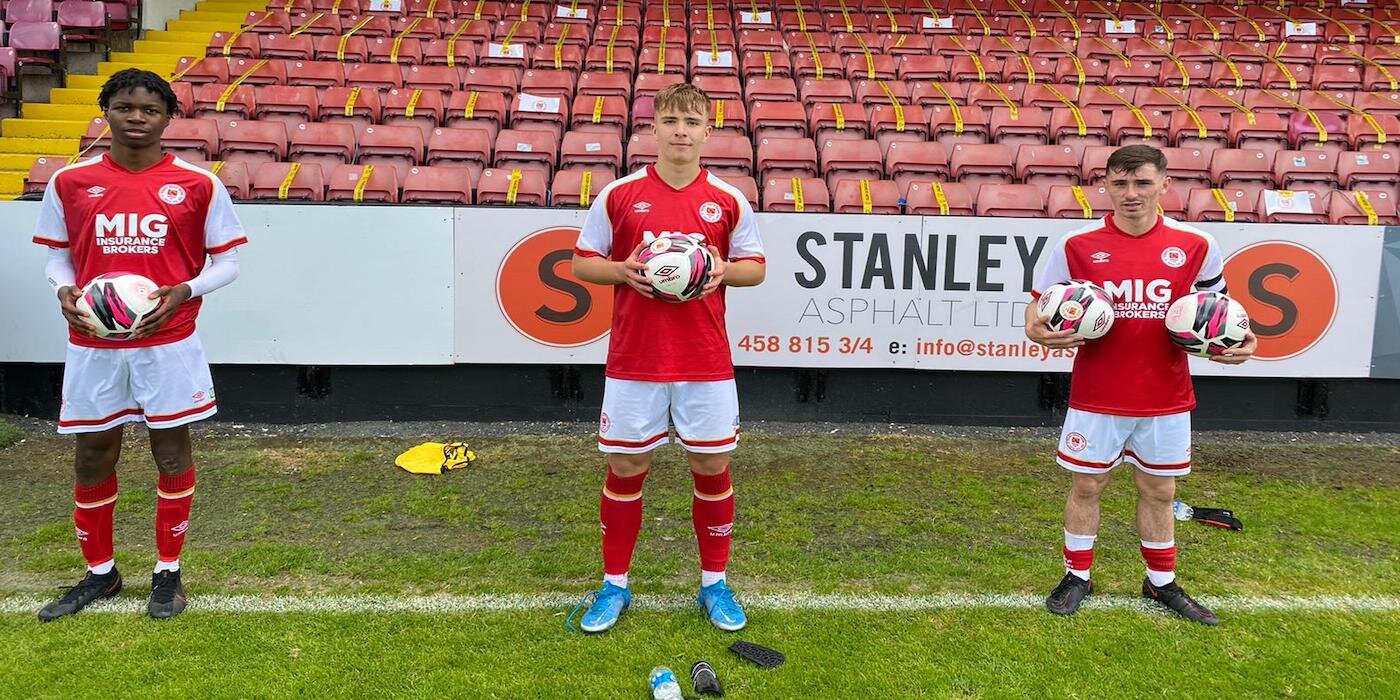 Our four Saints Academy teams were back in competitive action this weekend for the first time this year.

The action got underway in TU Dublin Blanchardstown on Saturday as our U17s hosted Wexford FC. Jack Murray opened the scoring for The Saints before an excellent finish into the top corner by Callum-OÃ¢€â„¢Neill Behan made it 1-1. Murray's corner was then headed in by Craig King to seal a first three points of the season!

The U14s lost 1-0 in Galway, despite a good performance, our lads just could not score, Jacob Carroll got the winner for The Tribesmen.

There was a double helping of Super Sunday action too! Captain Ross Fay scored twice, along with goals from Ugo Anny-Nzekwue and Tommy Lonergan helped our U19s to a 4-0 victory against Drogheda United at Richmond Park, the perfect start to the league for the defending U19 league champions!

The U15s brought down the curtain on the opening weekend with a brilliant three points against Galway United. Brian Moore scored four times in a 6-0 win at TU Dublin Blanchardstown. Luke Kehir got the other two in the blistering Blanchardstown sunshine!

Our U19s will be back in action on Wednesday in a friendly game against the Ireland U19s while the league will continue for all of our sides next weekend.

The U14s will host Longford Town on Saturday, kick-off at TU Dublin Blanchardstown is at 2pm while our U17s are on the road to Hogan Park to face Limerick at 2 o'clock.

On Sunday, both games will kick-off at 2pm, the U15s are away to Longford in Bishopsgate while the U19s make the long trip North to face Derry City at the Ryan McBride Brandywell Stadium.