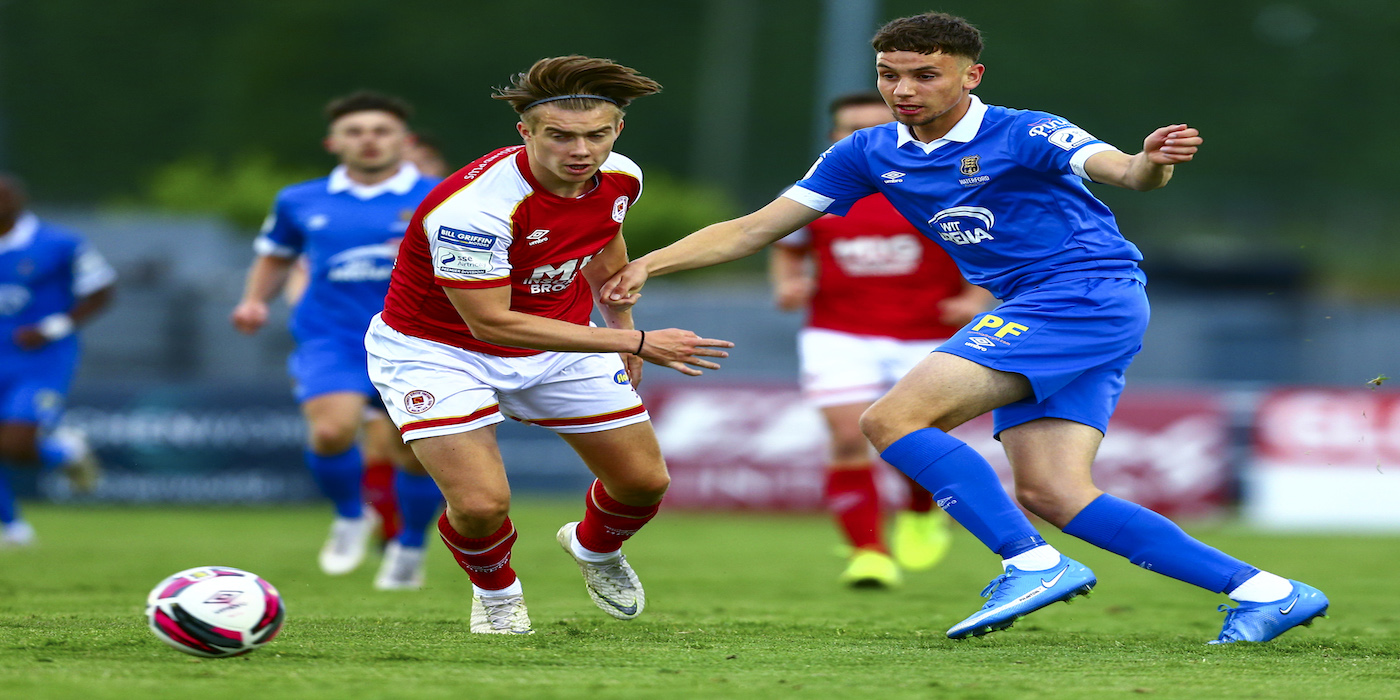 A fighting performance earned St Patrick's Athletic a point at the RSC on Friday night to remain top of the table.

Matty Smith have given The Saints an 8th minute lead before Alfie Lewis was sent off, Shane Griffin got the equaliser ten minutes before the break to make it 1-1, and that's how it finished.

Smith continued his brilliant debut season with a goal against his former club, finishing from close range after a goalmouth scramble created by a Darragh Burns cross.

Lewis was then given a straight red card by referee Paul McLaughlin after his foul on Griffin who was through on goal. Many in the ground thought an advantage should have been given to the Waterford man as he had a clear goalscoring opportunity, but the referee gave the free and the red, meaning St Pat's had to play over 70 minutes with 10 men.

Jamie Lennon replaced Ben McCormack as St Pat's moved to a 4-4-1 but The Blues equalised ten minutes before the break via a clever Shane Griffin finish.

Billy king had an opportunity to put The Saints back ahead after robbing possession in the Waterford box, but Brian Murphy saved well.

Sub Chris Forrester hit the post with his first touch via a header after a good John Mountney cross before former St Pat's academy man John Martin then struck the woodwork himself a couple of minutes later.

Vitezslav Jaros was called into action to save from Preston loanee Adam O'Reilly before the referee had another decision to make with the clock running down, Darragh Burns was fouled on the edge of the box after a promising counter attack, the Waterford man was booked, Jay McClelland's resulting free-kick hit the wall as it ended 1-1.

The Saints remain at the top of the table on goal difference, level on points with Shamrock Rovers, ahead of Friday's Dublin derby at Dalymount Park.