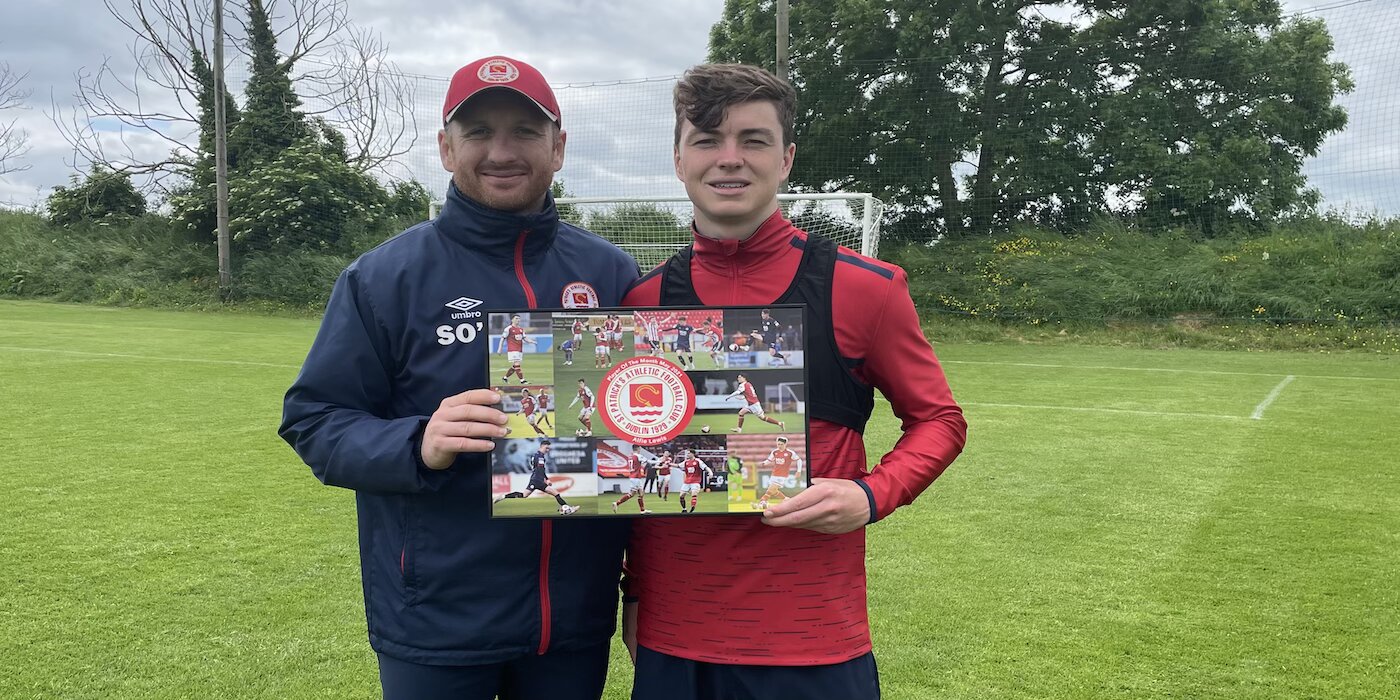 St Patrick's Athletic will make the trip down the M4 on Saturday evening to face Longford Town in the first game back after the mid-season break.

Both teams have had two weeks off and will be looking forward to returning to action with a limited number of supporters attending the game too!

The Saints lost 2-0 to Dundalk in their last game, an unfortunate Sam Bone own-goal and a David McMillan second half-strike helped Dundalk to all three points.

St Pat's come into the fixture in third place in the table, six points behind Sligo Rovers in first and five behind second placed Shamrock Rovers in second.

Longford Town impressed in their opening two games after their return to the Premier Division, beating Derry City 2-0 on the opening night before coming from 2-0 behind to draw 2-2 with Bohemians.

However, they have failed to win since, with Daire Doyle's side second from bottom on seven points, last time, they lost 1-0 to Shamrock Rovers after a 96th minute Rory Gaffney goal.

The teams met in Richmond in April and two sensational goals from Chris Forrester, one from 30 yards out, and the other a dazzling run inside the box and a neat finish were the highlights of a 3-0 victory, with Ronan Coughlan also on target for The Saints.

It's been almost five years since St Pat's last played a league game away to Longford. A brilliant Mark Timlin free-kick secured a 1-0 win back in August 2016.

View from the Dugout:

Head Coach Stephen O'Donnell has been helping us look ahead to the match:

"Our 3-0 win over Longford at home was not an easy game and I don't think the score did justice the performance that Longford put in so we are under no illusions that it will be very tough. We saw the last time before the break that Shamrock Rovers scored with the last kick of the game to win 1-0 down there (in Longford)

It will be a very competitive match and like every week, we know if we are not fully at it mentally and physically we'll be in for a tough night. We need to look after ourselves and make sure we are tuned in and fully focused and we'll be ready after the little break, and if training over the last week is anything to go by, I'm very optimistic that we will be."

Stephen has also been telling us about the excitement of some supporters returning to games from tomorrow, and about Alfie Lewis' Player of the Month award, you can watch his full interview on our Youtube channel below

Lewis On Player Of The Month Award

Alfie Lewis was presented with his Player of the Month award for May this week.

The 21-year-old West Ham loanee has been giving us his reaction:

"I'm delighted, it's really nice that the fans think I've been the player of the month, it's a nice feeling and hopefully I can push on from here.

When I first came it took some time to get used to the environment but I started to get more into my stride for the games in May, and the aim is to keep pushing on into the next group of games."

Alfie and his team-mates returned to the training pitch last Friday after a few days off, he says everyone is buzzing to get the season going again against Longford tomorrow:

"We got back into the training and everyone has been really sharp, the few days off did us good and we are all looking forward to the Longford game.

We've got to be at our best in and out of possession and play with good intensity, we know what Longford can do but we need to focus on us."

Alfie is also excited about the prospect of playing in front of League of Ireland fans for the first time:

"Definitely, that's why you come on loan to play in front of the fans and I'm really looking forward to seeing them in Longford and then at home next weekend, hopefully they'll push us on as a group, having them back in will be great."

Team News: Sam Bone will miss the game through suspension while Shane Griffin is out with a shoulder injury.

Where Can You Watch The Game: The game will be live on the new streaming service, LOITV.ie and will replace WATCHLOI as the new streaming service for the SSE Airtricity League Premier Division. The game has a 7.30pm kick-off. LOITV activation codes have been emailed to all of our Supporter Pack holders, anyone else who wants to buy either a season or individual match pass can do so via the LOITV website