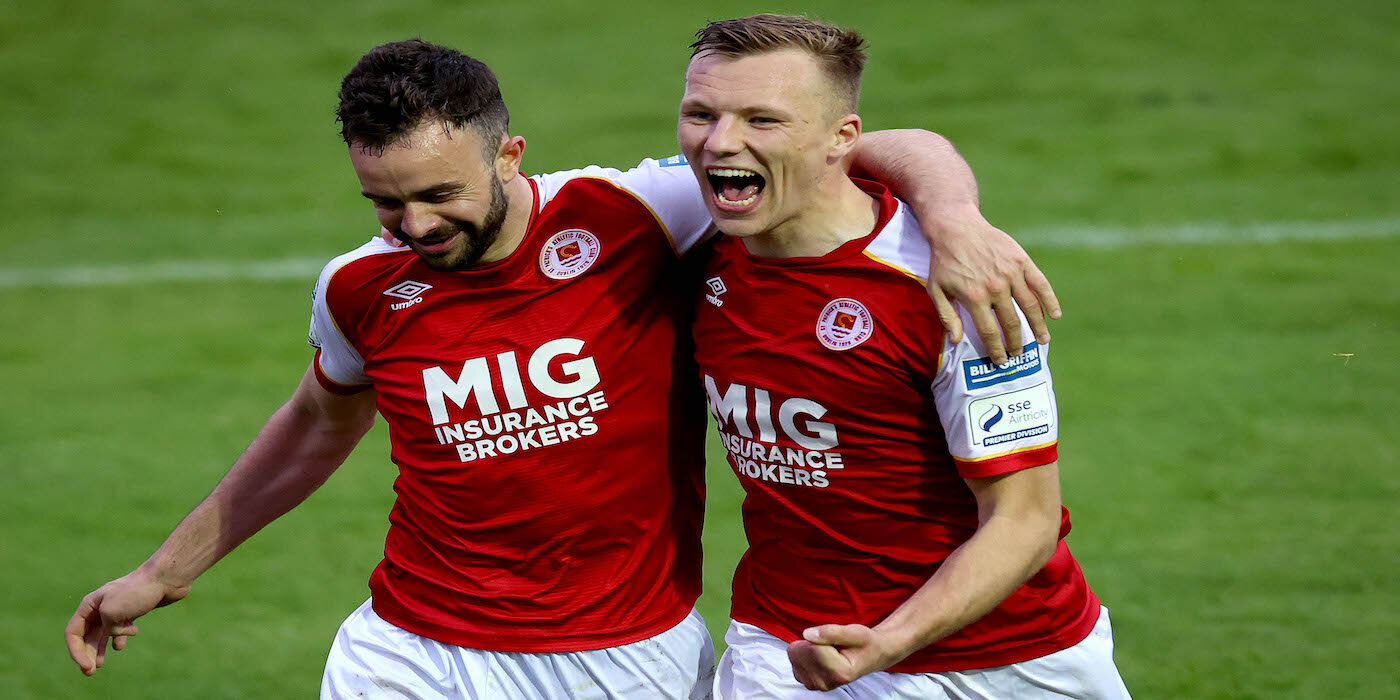 Bohs looked like they had grabbed a point right at the death when Dawson Devoy's penalty cancelled out Matty Smith's brilliant second-half goal.

However, Robbie Benson had other ideas and his penalty in the 93rd minute gave all three points to The Saints.

There was early drama and in the 9th minute, Ali Coote's free kick was blocked by a St Pat's wall just inside the penalty area but referee Rob Hennessy adjudged Ian Bermingham to have handled the ball and pointed to the spot.

There were huge protests but the decision stood.

Former Saint Georgie Kelly stepped up, but his powerful penalty cannoned off the woodwork and out of danger.

Coote went close again eight minutes later. He took a quick free kick out on the left and his moving effort from distance drifted just over the crossbar.

The Saints grew into the game and 31 minutes in, Sam Bone strung the hands of James Talbot in the Bohemian's goal. Bone did well to intercept a pass aimed for Ross Tierney. He drove forward and his dipping effort from distance was saved well by the goalkeeper.

Tierney did create half a chance just before half-time, but his effort flew well over the bar and that proved to be the final action in a tight opening period.

The Saints started the second-half brightly and applied some early pressure. Billy King's cross floated right across the face of the goal and Chris Forrester met it at the back post, but the angle proved too tight and he was unable to direct the ball goalward.

Moments later, Bohemians countered as Liam Burt broke down the left side. He cut in and managed to unleash a shot, but Viteslav Jaros got down brilliantly to deny Burt as his effort looked as if it had snook in under the 'keeper.

Two minutes after, Bohs did have the ball in the net. Devoy played a wonderful ball over the top to Kelly. He did well to take it down and slot past Jaros, but the linesman ruled Kelly offside and the goal was disallowed, much to the relief of the St Pat's defence.

On the 70th minute mark, Bohs hit the woodwork again. Tyreke Wilson's free kick beat the wall and Jaros but failed to beat the crossbar. The rebound bounced around and eventually fell to Kelly, but his effort was superbly blocked by Sam Bone and subsequently cleared. Kelly did have a free header at goal one minute later but Jaros saved comfortably.

Three minutes later, The Saints broke the deadlock. Substitute Robbie Benson, returning from a five match injury absence, did terrifically to set Matty Smith free on goal and he finished beautifully past Talbot to give St Pat's a priceless derby lead.

There was late drama again in Richmond. John Mountney's challenge in the 89th minute led to another Bohs' penalty. Dawson Devoy converted to level it with just injury time remaining.

Immediately after, St Pat's went in search of a deserved winner. Benson was fouled in the box by ex Saint Ciaran Kelly and the referee pointed to the spot for the third time in the game.

Benson took the subsequent spot-kick and he drilled the ball straight down the middle past Talbot to give The Saints the lead in the 93rd minute.

Bohs went in search of another equaliser and they loaded the penalty area with bodies, but they failed to find the equaliser as the St Pat's defence stood tall and firm and held on to claim all three points in the Dublin derby.

Next up for The Saints is a quick turnaround as they travel to The Ryan McBride Brandywell on Monday evening to face Derry City with a kick-off time of 5.45pm.