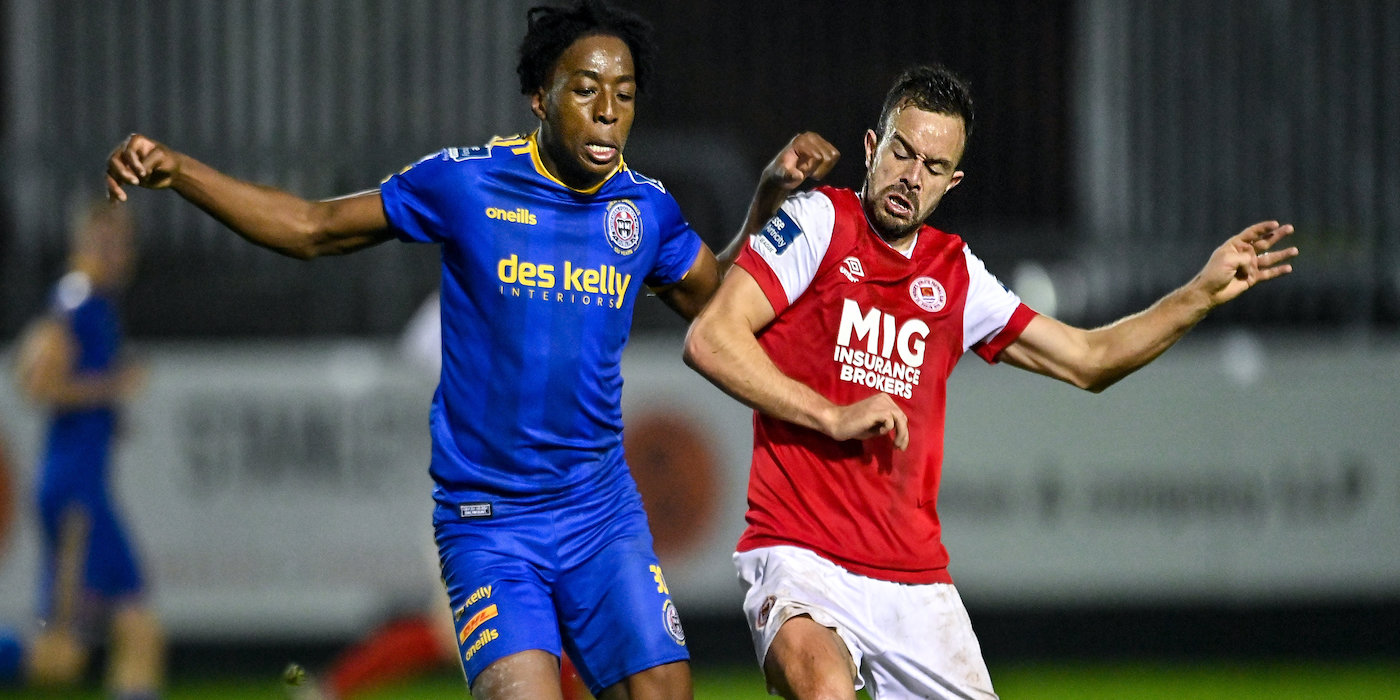 It's Dublin derby day again in Inchicore on Friday as St Patrick's Athletic welcome Bohemians for a 5.45pm kick-off.

The Saints will be looking to get back on track after defeat in Drogheda last time out.

First-half goals from Dane Massey and Mark Doyle gave Drogs a 2-0 lead at the break. Nahum Melvin-Lambert gave the Saints hope when he scored his first goal for the club late in the second-half, but it wasn't to be as Jordan Adeyemo's late goal secured all three points for Drogheda in a 3-1 victory.

The teams met on Easter weekend back in April and it was The Saints who came out on top. Ronan Coughlan rose highest in the box to head home a perfect Robbie Benson corner in a 1-0 win at Dalymount Park.

Keith Long's side have won their last two games, their most recent coming last weekend when they were 2-0 victors over Longford Town. They come into the game in 6th place, on 14 points after 11 games.

St Pat's are second in the table, six points off the top, with 21 points on the board so far.

View From The Dugout:

Looking ahead to a fourth Dublin derby of the season, Head Coach Stephen O'Donnell is under no illusions of the challenge that faces his side on Friday:

"Bohs have big squad and I suppose over the course of time, it might help a little bit in the busy schedules if you've different options to call upon, you'd expect them to pick up results and they have done that. Ultimately, they have good players and that's probably why they've picked up those results.

Early doors, it was probably a little bit of a false position they were in so we are under no illusions that obviously Bohs are going to be one of the strongest teams in the league over the course of the league campaign."

We hope that fans will be allowed back at games soon, and speaking about that, O'Donnell admits that while the crowds are absent, the tempo remains the same on the pitch:

I've been down on the sideline and there has been a right tempo to the games and Dalymount was no different when we played Bohs early in the season and Friday will be no different again."

Robbie Benson made his return to the bench in the defeat to Drogheda United, he had missed the previous four matches with a knock that kept him out for longer than he had first anticipated. He returned to full training last week and is in contention to feature on Friday.

Looking ahead, the Athlone native is expecting a 'really tough test'

"It was a good test for us in April (against Bohemians), they were eager to get back to winning ways after their start and we were eager to keep up our good start, but I felt it was a game we were in control of, it was great to get the win.

Ronan Coughlan did brilliantly with his goal and he carried on his early season form for the next couple of games getting some goals and assists. He's been a very important figure for us this year and he will be eager to be among the goals on Friday.

We are eager to get back to winning ways on Friday, but it won't be easy. I've watched a lot of Bohemians this year and I think there were a lot of games where they really should have gotten something out of the game.

I think their league position is a little bit false and in this second series of games and beyond, I think you will see them rise up the table but for us it's important that doesn't start against us on Friday."

Team-news: Cian Kelly (foot) remains out, Darragh Burns and Jay McClelland (both knee) have missed the last couple of games, the medical staff are hopeful they'll be available for selection ahead of three games in a week before the break.

Match Programme: Our match programme 'The Saint' will be available to download from our website tomorrow morning, it features the first of a four part series of interviews with Brian Kerr.

Where Can You Watch The Game: The match will be live on WATCHLOI, with an early kick off at 5.45pm on Friday evening.