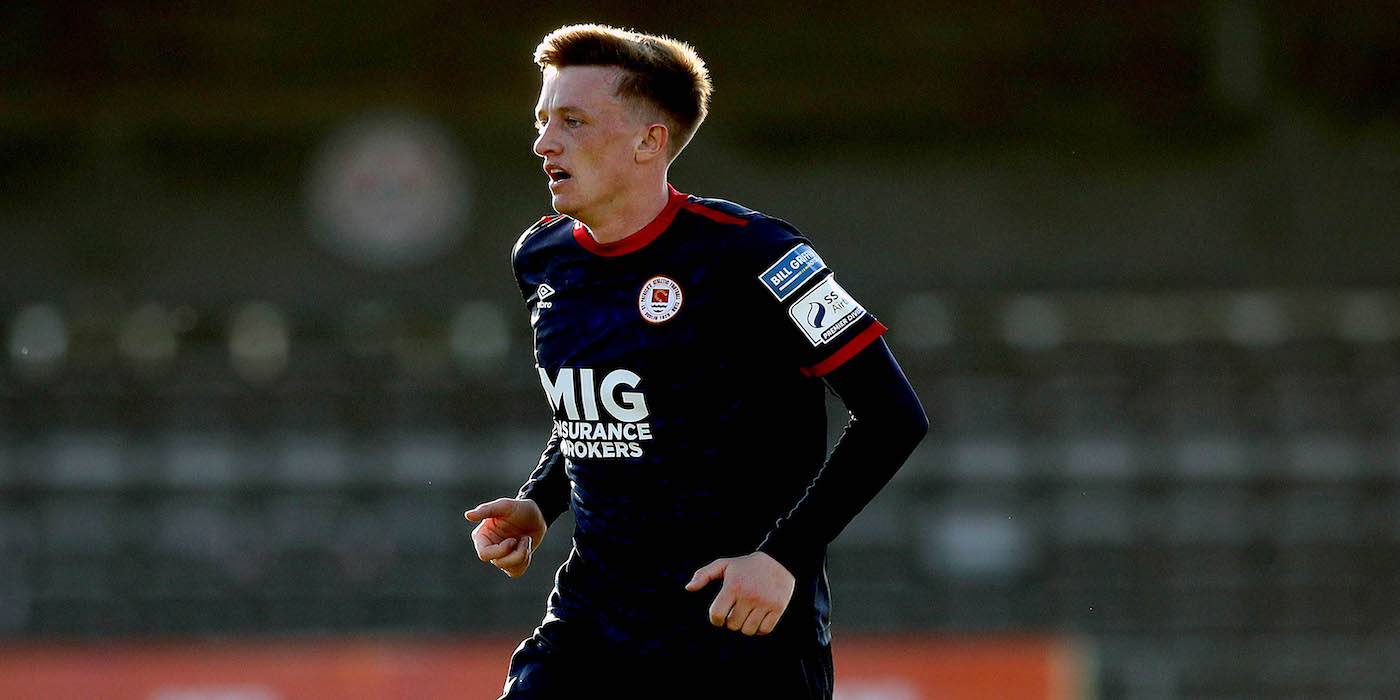 St Patrick's Athletic face Drogheda United in the sides' second meeting of the season on Friday evening at Head in the Game Park.

The action will get underway at 7.45pm, live on WATCHLOI.

The Saints come into the game after injury time heartbreak last time out.

Danny Mandriou's 93rd minute winner at Richmond Park last Saturday snatched a 2-1 victory for Shamrock Rovers, as St Pat's unbeaten run came to an end in the cruellest of ways.

Player of the Month Chris Forrester had given the home side the lead before Graham Burke's equaliser.

The Saints will be looking to bounce back against The Drogs.

That goal last Saturday wasn't the first piece of late drama in Inchicore this season, the last time St Pat's hosted Drogheda it took a late late winner from Billy King to secure the points.

He arrived at the back post to convert a Darragh Burns cross back in March to secure a 2-1 win. Ronan Coughlan had put St Pat's ahead before ex Saint Dinny Corcoran's equaliser before 'King Billy' grabbed the winner in the dying moments.

Corcoran joins a number of former St Pat's players in the Drogheda squad. Darragh Markey progressed through the St Pat's U19s before playing almost 100 senior games while completing his degree via the St Pat's scholarship programme in Maynooth.

Tim Clancy's First Division Champions have enjoyed a solid start to their first season back in the Premier Division.

They come into the game in 5th place on 13 points after 10 matches.

Last time out, they eased to a 7-0 victory against a youthful Waterford team at the RSC.

Head Coach Stephen O'Donnell is getting ready to face Drogheda for the second time this season, he knows just how competitive this game will be:

"We are focusing on Drogheda on Friday and have had a good week of preparation ahead of what is going to be a very tough game. It was a very tough game against Drogheda (in March), they've been very competitive, they had a win against Waterford on Saturday and in their previous games, they've gone down to Longford and won 4-0, they scored an last minute equaliser against Bohemians too.

They're very competitive, they've a lot of good players and a good manager so we know we will have to be playing at our maximum level to get anything out of the game."

Chris Forrester was announced as the SSE Airtricity / Soccer Writers Ireland Player of the Month for March/April on Tuesday. It is his fourth time to pick up the award after his string of impressive performances and goals so far in 2021 (his previous awards were in 2012, 2014 and 2015)

He was also named as the St Patrick's Athletic Player of the Month for March/April.

Forrester has been reflecting on his start to the season and says he's hungry to continue his good form:

"I'm probably fitter than I've ever been in my career. I still have a bit to go to where I really want to be but in the 93rd/94th minute of games, I feel I still have good energy and I still have a good bit to give so fitness levels have been massive.

I always just played for the games, like most players probably you just want to get the running out of the way and then just look forward to the games. I really bought into this season and it's definitely standing to me now."

Also speaking about the positive start to the season, Forrester says the team are still building:

"If you look at it, Rovers and Dundalk for example, they all went through the same where they had a few years building to where they are, or to where they got to, so it's not going to happen (for us) overnight. We need to be putting things in place where we will be challenging, and being that main team in the league or winning cups and being more consistent.

It's a process that we have undertaken. It's not a quick fix, it is a culture. ItÃ¢€â„¢s everything around the club that we will need to keep on improving to get to the highest level possible. We are going in the right direction. It's not the finished product but we are travelling in the right direction and that's all you can do is to maintain that."

Alfie Lewis signed for The Saints on loan from West Ham just before the new season. He has been in The Hammers' Academy since the age of nine and made his Premier League 2 debut aged 16.

The 21-year-old has been impressive in midfield since breaking into the team in recent weeks, he is looking forward to his first trip to Head In The Game Park:

"It will be another tough game. They're on the back of a good win so they'll be confident, but so are we, so it'll be a good game and hopefully we can get back to three points and get climbing up the table again.

I was on the bench the last day (against Drogheda) and I didn't actually come on, it was my first game on the bench after signing. I remember Billy King's late goal, that was a good win so hopefully we can do more of the same this week."

Lewis has also been talking about his time at the club so far and the key senior experience he's been getting:

"I've really enjoyed it so far, the games that I've started and come on in I've just tried to play my game, I do feel I've got more in me to get to another level of performance, the more games and minutes and training that I get will hopefully make me better so I'm looking forward to it.

Playing U23s football in England is a lot different in terms of the excitement of playing for points like I'm doing here in the League of Ireland. All the games so far have been competitive and we've started well, our level has been high and we need to keep that up for the rest of the season.

Team-news: Cian Kelly (foot) remains out while the medical staff will check on a couple of knocks after training today.

Podcast: Episode 6 of our Talking Saints Podcast is available now on Apple Podcasts, Spotify, Breaker, Radio Public and Pocket Casts, you can also watch it on our YouTube channel. It features interviews with Player of the Month Chris Forrester, Head Coach Stephen O'Donnell and Alfie Lewis.

Where Can You Watch The Game: The game will be live on WATCHLOI, with a kick-off time of 7.45pm on Friday evening.