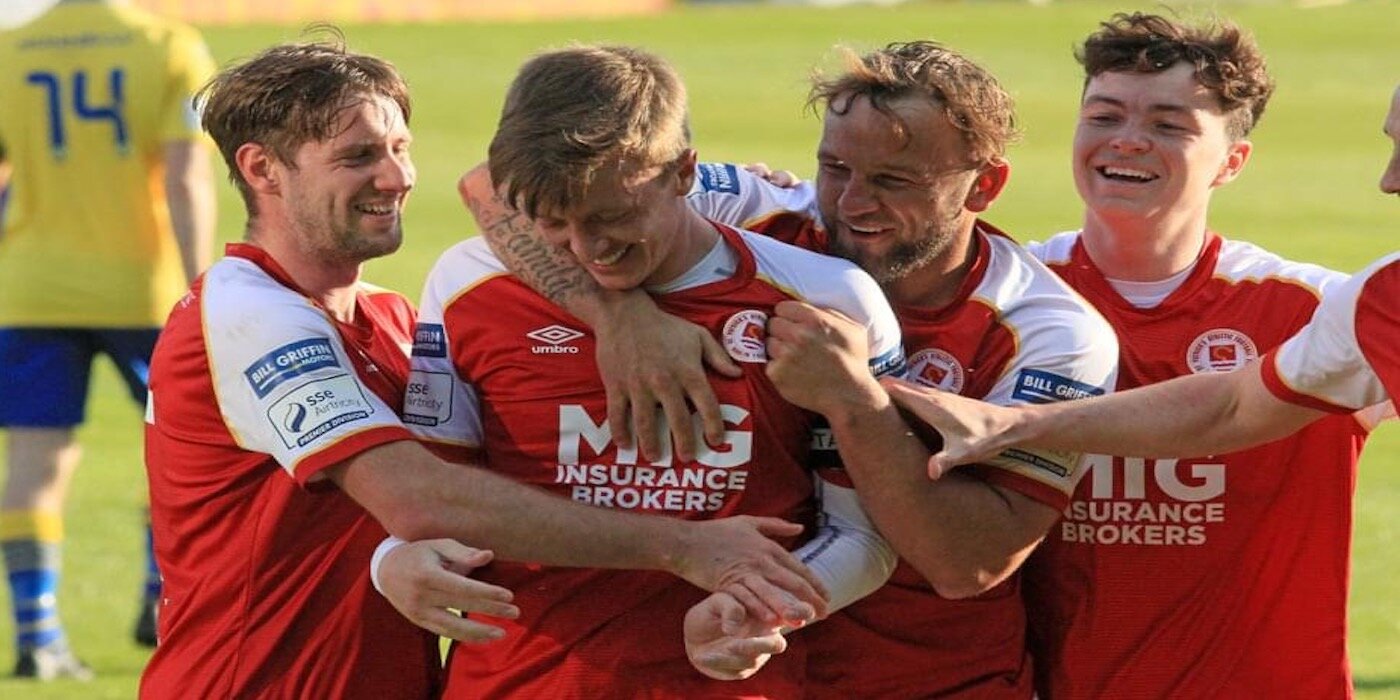 St Patrick's Athletic face into their second game of the Bank Holiday Weekend with a trip to face Sligo Rovers on Monday evening.

The 5.45pm kick-off will be the final match of the first series of SSE Airtricity Premier Division games.

It was the perfect start to the long weekend on Friday evening thanks to two Chris Forrester goals, including a wonder strike, and Ronan Coughlan's third of the season, which helped secure a 3-0 home win against Longford Town.

The Saints are unbeaten against Sligo Rovers in the previous seven league games.

The teams met twice during the shortened 2020 season.

Sligo Manager Liam Buckley is a name who Saints fans will be very familiar with. Buckley managed the Saints on two occasions, winning two league titles, an historic FAI cup and two League of Ireland Cups, he is also a former league winner as a Super Saints player.

Under his stewardship, Sligo have started well. They are in third place, five points off the top, having won four out of their eight games and losing just one.

They were in action too on Friday and recorded a 1-1 draw away Drogheda United.

"They've started really well so it's going to be a tough game. No matter where Sligo are in the league, it's always a tough game down in The Showgrounds so we are going to looking forward to it. Recovery is the main thing obviously over the weekend and then we kick on again and look forward to Monday."

Manager Alan Matthews is also looking forward to the game o and is aware of how hard they will need to work against the Bit O'Red:

"It will tell us where we are at, at the end of the first series of games. We are in a good position, as are Sligo. They will want to get the ball down and play so it's going to be a different challenge to the one we came up against Longford. Sligo are there or thereabouts in the league so we know how it's going to be, we know what we are going in to and we are well set for the challenge.

I expect there will be a lot of technical play with a lot of football played. We are going to have to work really hard to stop Sligo getting into a rhythm and then we are going to have to work hard to get our game and impose our game on them but it's all about getting the attitude right. We picked up a good result the other night (against Longford) without playing particularly well and we know we will have to do a lot better to get anything from the game on Monday and we know the challenge it's going to bring."

Chris Forrester's rocket on Friday night is certainly a goal of the season contender and it adds to an impressive collection of thunderstrikes he has produced in recent years, you can watch them all on our Youtube channel!

'Git' spoke to the media after Friday's game:

"We want to be playing to the best of our ability and giving a good account of ourselves. Nothing is won after seven or eight games of the season, but we are pleased with where we are at and theres bundles left to give.

There is a lot more in the tank to give from everybody so the signs are good. We need to good a give a good account of ourselves every week and continue to work hard and I think that's the only way to approach it."

Team-news: Cian Kelly (foot) will be out for a number of weeks, the team did a recovery session in the sea on Saturday morning before training this morning, everyone bar Cian is available for selection.

Where can you watch the game: The game will be live on WATCHLOI, with an early kick off at 5.45 on Monday evening.