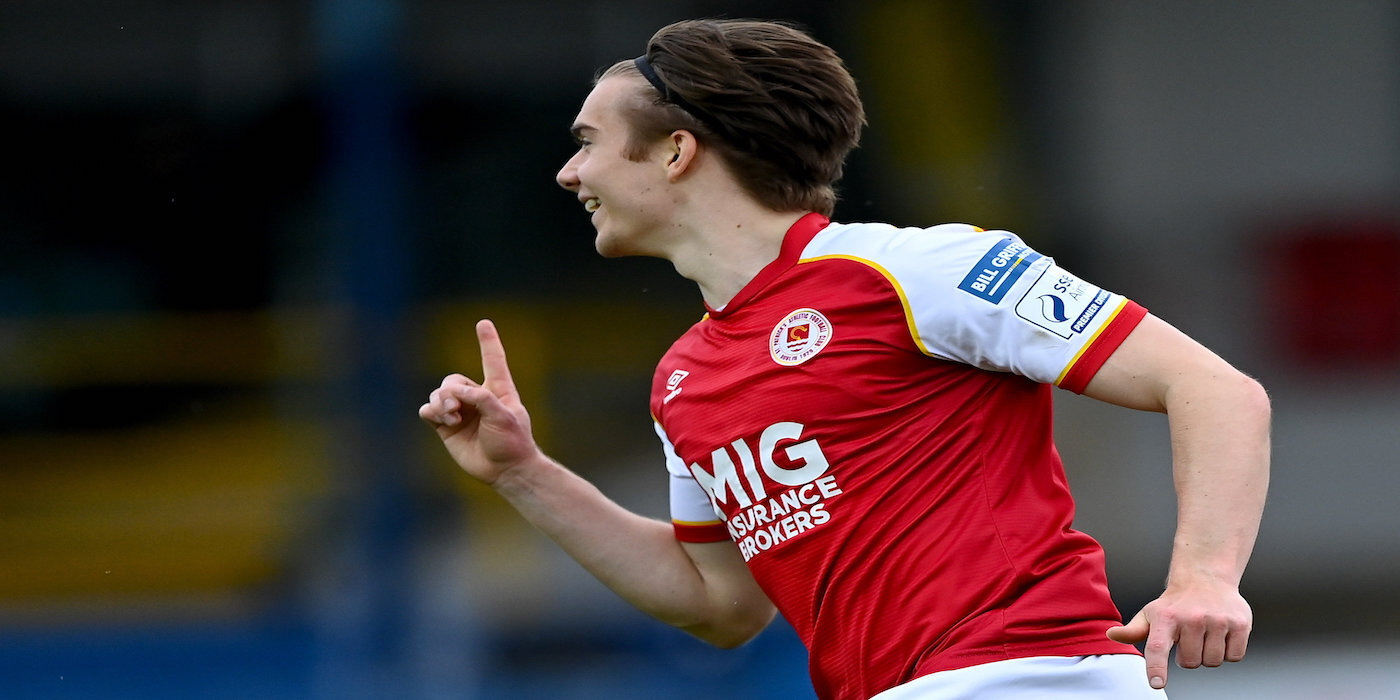 St Patrick's Athletic welcome Longford Town to Richmond Park on Friday evening in what will be their first of two games across the bank holiday weekend.

The Saints have started the season well and are unbeaten in their opening seven games, gaining 17 points from five wins and two draws.

Last time out, Billy King and Matty Smith were on target in a hard fought 2-0 win away to Finn Harps last weekend.

It was Billy's second of the season, Matty's second-half header was his first goal for the club.

This will be a first visit back to Inchicore for Daire Doyle and his team since that promotion win.

They began life back in the Premier Division with a 2-0 victory over Derry City in the opening game of the season and followed it up with a 2-2 draw at Dalymount Park against Bohemians.

Longford have drawn one and lost four of their last five games, last time out, they were beaten 1-0 away to Waterford.

The sides last met in the league back in August 2016. A Mark Timlin free kick in the 73rd minute was enough to secure victory for The Saints.

Ian Bermingham and Lee Desmond are the only two players in the current St Pat's squad played in that game almost five years ago.

Head Coach Stephen O'Donnell will be facing Longford Town for the first time as a coach on Friday evening.

He's been giving his views to our Talking Saints Podcast ahead of the game.

"They lost to Waterford at the weekend, drew with Finn Harps midweek and then the previous week they ran Shamrock Rovers close, they probably should have gotten a draw out of it after being level in the 93rd minute so it's going to be a very tough test.

We've seen already that no team can take any team for granted. It's a really competitive league and everyone is taking points off each other so we need to treat Longford with the utmost respect.

They've been knocking on the door the last few years in the First Division and got up to the Premier. Daire Doyle has a settled squad there, they know each other well, they bring a lot of energy to the game and we are going to have to match that to have any chance of winning so our full focus will be on Longford and we roll into another busy period with a game on Monday, and a game again on Saturday."

Matty Smith got his first goal for the Saints last Friday. After a string of impressive performances, the Scotsman was on the scoresheet in Ballybofey.

He has also been speaking to our official club podcast, saying that he's loved his time at the club so far since joining from Waterford.

"Every week is a tough week and it'll be another tough game against Longford on Friday. We'll get another good week of training in and hopefully another good result at home

We know that every first 20-25 minutes is going to be hectic in every game, different teams will come and close us down but we need to try to weather the storm and obviously we've come out on top in our home games so far this season by working hard and doing our best to perform well, so we'll be looking to do the same against Longford."

Team-news: Cian Kelly (foot) will be out for a number of weeks. Jay McClelland (knee) is a doubt for this game, the rest of the squad are fit and well ahead of another busy week.

Match Programme: 'The Saint' will be available to download for free in PDF format on Friday morning on our website .

Podcast: Episode 5 of our Talking Saints Podcast is available now on Apple Podcasts, Spotify, Breaker, Radio Public and Pocket Casts, you can also watch it on our Youtube channel.

It features an interview with Johnny McDonnell, who looked back on two recent league winning anniversaries (89/90 and 95/96), Academy Director Ger O'Brien joined host Jamie Moore to discuss the return to training of our young players, while Matty Smith and Stephen O'Donnell reflected on the positive start to the season and also looked ahead to the game against Longford Town

Where can you watch the game: The game will be live on WATCHLOI, with an early kick off at 5.45 on Friday evening. Stephen Alkin and Ger O'Brien will be on commentary duty.