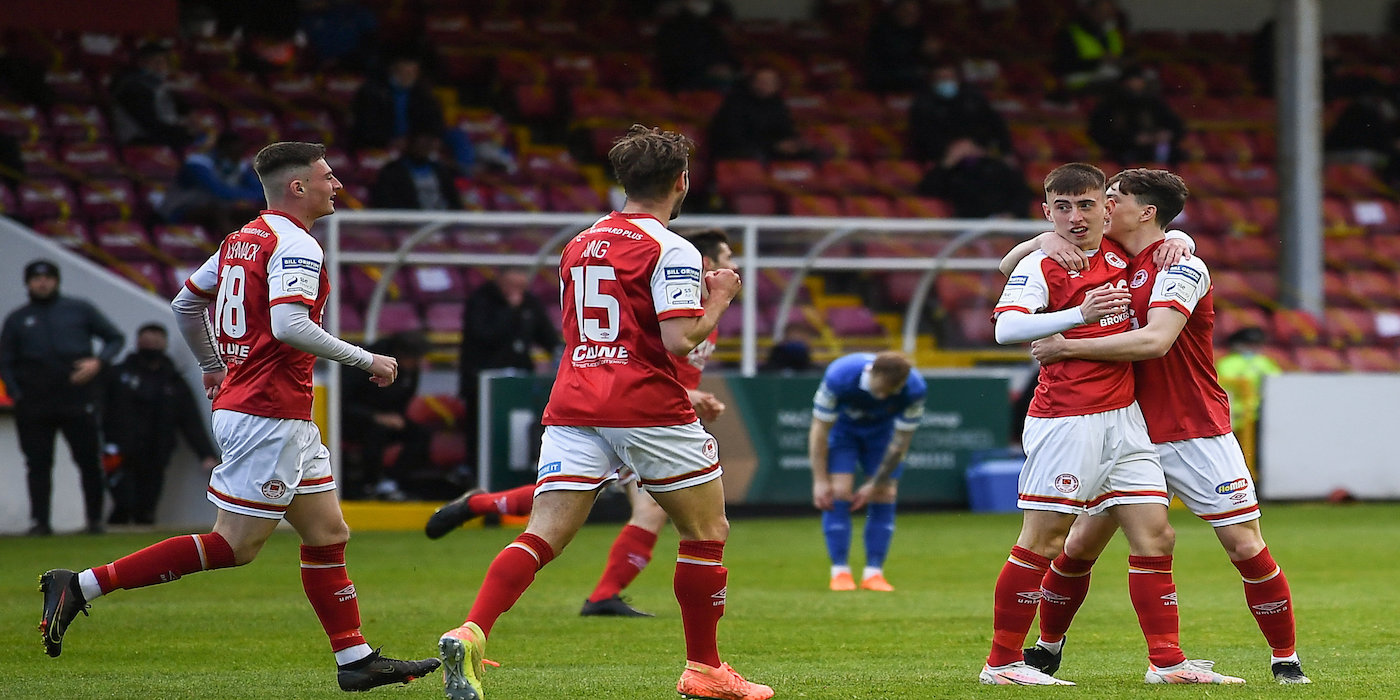 St Patrick's Athletic stretched their unbeaten run to six games on Tuesday evening as Darragh Burns strike inside the opening two minutes was enough to seal all three points against Waterford.

It was another excellent display from the Inchicore men as they joined Sligo Rovers and Shamrock Rovers level on points at the summit of the table.

With a hectic schedule, there were six changes to the side which drew at Dundalk on Saturday evening.

There were first league starts for Alfie Lewis and Ben McCormack, while Paddy Barrett, Shane Griffin, Billy King and Darragh Burns also came into the team.

The Saints got their perfect start and just 90 seconds in.

Chris Forrester raced down the line and slipped the ball inside to teenager Darragh Burns on the underlap. Burns smartly turned inside and unleashed a left footed shot which deflected past former Saints Academy goalkeeper Paul Martin in the Waterford net to give them an early lead.

Just seven minutes later, St Pat's almost doubled their advantage. Ian Bermingham played a wonderful ball over the top to release Shane Griffin down the left side. Griffin attempted to square the ball to Ronan Coughlan who was waiting to pounce in the box but Martin got down well to sniff out the danger and the ball spilled to Griffin again, with the latter unable to direct the ball into the net as his shot blazed over the Waterford crossbar.

St Pat's were pressing high and applying a lot of pressure to the Waterford defence. Forrester went close with a dipping shot which forced Martin into action again, while Cameron Evans was alert to take the ball off the toes of Ronan Coughlan in the box, all inside the opening 20 minutes.

Waterford settled into the game and did have two attempts at goal. Darragh Power's shot sailed well over Pat's goalkeeper Viteslav Jaros' crossbar before Jaros was called into action again 28 minutes in to gather Adam O'Reilly's long-range effort, which was hit straight at the Czech Republic native.

Ben McCormack found himself free at the edge of the box on the 38th minute mark, but he dragged his shot just left of the Waterford goal. One minute later, McCormack turned provider when he delivered a delicious cross into the area. Ronan Coughlan got free in the area, but his header was well saved by Martin as The Saints looked to capitalise on a dominant first half.

The remaining minutes of the first half were scrappy and despite being on the front foot for the majority of the half, The Saints took just a one goal lead into the half time break.

Five minutes into the second half, and St Pat's almost perfected a set piece routine straight from the training ground. Benson and Burns played a neat one-two and Burns delivered a beautiful ball to the edge of the box, teeing up Ben McCormack but McCormack's driven shot flew over the bar.

Chris Forrester had Martin at full stretch again soon after when his shot from distance looked as if it had snook in, but Martin got down well to save the Forrester bullet.

St Pat's did enjoy several corners in the game, and on 67 minutes, they had the ball in the net from a corner. Benson's corner was met by Ronan Coughlan's head. However, the goal was disallowed as Coughlan was adjudged to have fouled Paul Martin in the build-up.

Martin was again alert to deny The Saints a second. Ronan Coughlan's mouth-watering cross went the whole way across the face of the goal, but the goalkeeper got fingertips to it, to just tip it away from Matty Smith who was arriving at the back post.

St Pat's did press for a second with Chris Forrester's late free kick going close, but they could not find another way past the Waterford defence as they enjoyed another win at Richmond, another clean sheet and another excellent performance from Alan Mathews' charges.