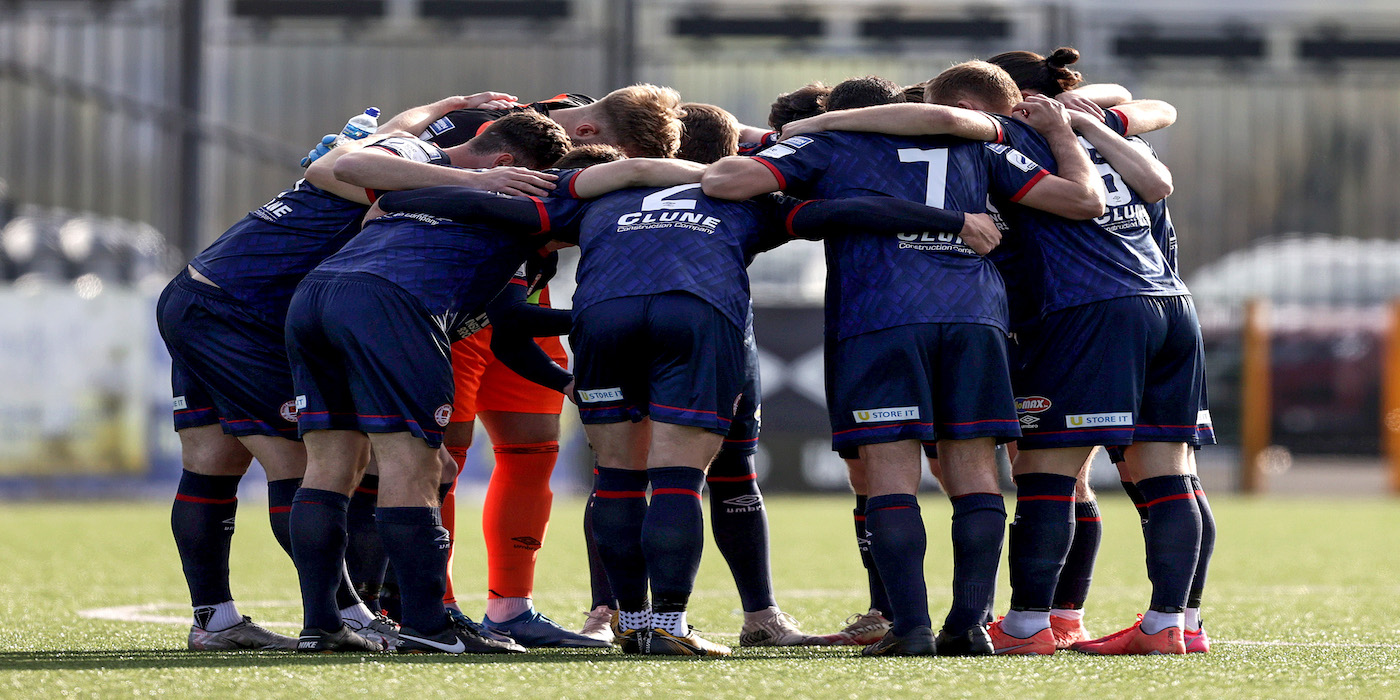 St Patrick's Athletic face into their second game in four days as they welcome Waterford to Richmond Park on Tuesday night.

The Saints continued their unbeaten start to the season at the weekend with a 1-1 draw against Dundalk at Oriel Park.

Sam Bone's first goal for the club was equalised by Dundalk substitute Junior to ensure the clubs shared the points in an entertaining game.

The focus has quickly turned to tomorrow's clash with Waterford.

Waterford narrowly lost out to Bohemians at the weekend, losing 1-0 at the RSC.

Former Saints Academy goalkeeper Paul Martin made his first league start in goal for Waterford, while his identical twin brother John, another U17 League of Ireland winner with St Pat's, also started.

Kevin Sheedy's team have won one and lost four of their opening five games.

The teams met twice last year and Waterford claimed victory in both games, The Blues had current Saints Mattie Smith and Sam Bone in their team for those victories.

It was heartbreak at Richmond on Valentine's Day for the Saints as Kevin O'Connor's strike was enough to claim all three points for Waterford on the opening night of the season, while they were also 3-0 winners in the return fixture at the RSC last September.

It is a quick turnaround for Manager Alan Mathews and Head Coach Stephen O'Donnell and the players. They face three games in a week.

Manager Mathews has been reflecting on an unbeaten start to the season, with 11 points from the opening five games.

"We're just looking to the next game after a decent start. We've played five games but have a lot of matches to go. We need to dust ourselves down after the Dundalk game, recover well, and prepare as best we can for this game on Tuesday. There are no easy games in this league."

Speaking ahead of the arrival of Waterford, Head Coach O'Donnell knows they will need to be at their best in the quest for points:

"I was down at Waterford's game on Friday against Bohs. They're going to be a stern test. They've gone to the Ryan McBride Brandywell, which is a tough place to go and gotten all three points. We are going to have to be at our best to win the game, like we are every game in this league so that's what we will be aiming to do."

Sam Bone has been an impressive addition to The Saints defence this season.

He scored his first goal for the club on Saturday evening with a brilliant header and will be brimming with confidence.

Speaking ahead of facing his former club on Tuesday, Bone stressed the importance of recovering fully before the game, the lads did their recovery session in the sea on Sunday morning before returning to the train pitch today:

"This is what we play football for to play as many games as possible. It is a quick turn around of games, they're so exciting, especially for me having missed some time last year due the injury. It's important we recover too. We're in the sea and will do whatever to recover for training and preparation and then we will be ready for the big one on Tuesday."

Match Programme: You can download a free copy of The Saint from our website on Tuesday morning

Where can you watch the game: The game will be live on WATCHLOI, with kick off at 7.45pm on Tuesday evening. Stephen Alkin and Ger O'Brien will be in the commentary box.