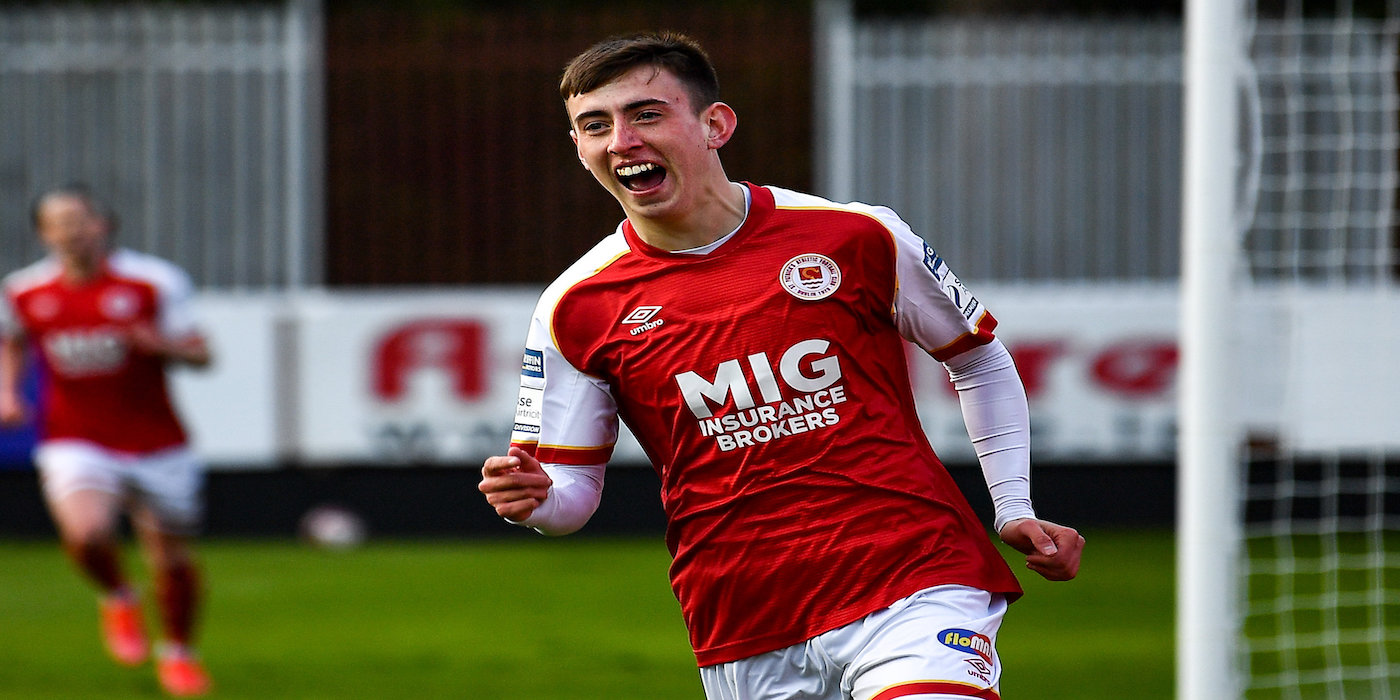 St Patrick's Athletic recorded their third consecutive win with a 2-0 victory of Derry City at Richmond Park on Friday evening.

Second-half goals from Robbie Benson and teenager Darragh Burns helped the Saints to all three points as they continued their unbeaten start to the season.

A heavy downpour before kick-off contributed to zippy surface as the Saints had some good spells of possession but it was the away side who had the first clear chance of the game.

Jack Malone's ball into the danger area was met by James Akintunde, but he was unable to direct his header goal bound, as it sailed by Viteslav Jaros' post.

Having been booked early in the game, Derry right-back Danny Lupano picked up his second yellow card following a challenge on Matty Smith, he was sent off after half-an-hour.

The resulting free kick glided into the danger area and as it bounced around, it fell to the feet of Smith, who forced Nathan Gartside down to make an impressive save, ending a dramatic three minutes of play.

Ian Bermingham found himself free out on the left side minutes later, this time opting for a shot and forcing Gartside into action again as he made a good save with the ball subsequently cleared.

St Pat's almost had their breakthrough right on the stroke of half-time. The ball fell kindly to Chris Forrester on the edge of the box and his left footed shot stung the hands of Gartside, who punched it away out of the danger. Forrester's shot was the last action of the half as the referee blew whistle, with the Saints certainly the busier side, but failing to break the deadlock.

The home team created the first chance of the second half eight minutes in. Matty Smith's cross cleared several bodies and made its way to back post where an incoming Ian Bermingham arrived at the back post, unleashing a thunderbolt which flew just over the bar.

The Saints finally took the lead on the hour mark.

Ian Bermingham whipped in a cross which fell to feet of Ronan Coughlan, he did terrifically in a tight situation to wiggle the ball past some Derry defenders with some neat dribbling before nudging the ball into the path of Benson, who made no mistake in firing past Gartside for his second of the season.

Sam Bone played a beautiful long ball through to Burns on the right-hand side. The teenager turned out onto his right foot and his powerful shot flew across Gartside and into the far corner, doubling the St Pats lead and giving the Saints Academy graduate his first ever senior league goal.

St Pat's enjoyed most of the possession in the final quarter, and despite a Lee Desmond front post header from a corner which sailed over, chances dried up, as St Pat's strung some passes together in what was a comfortable finish to the game.

Alfie Lewis and Nahum Melvin-Lambert both made their debuts off the bench and helped the Saints as they marched onto their third consecutive win.

Up next is a trip to Oriel Park as we face reigning FAI Cup champions Dundalk next Saturday evening.