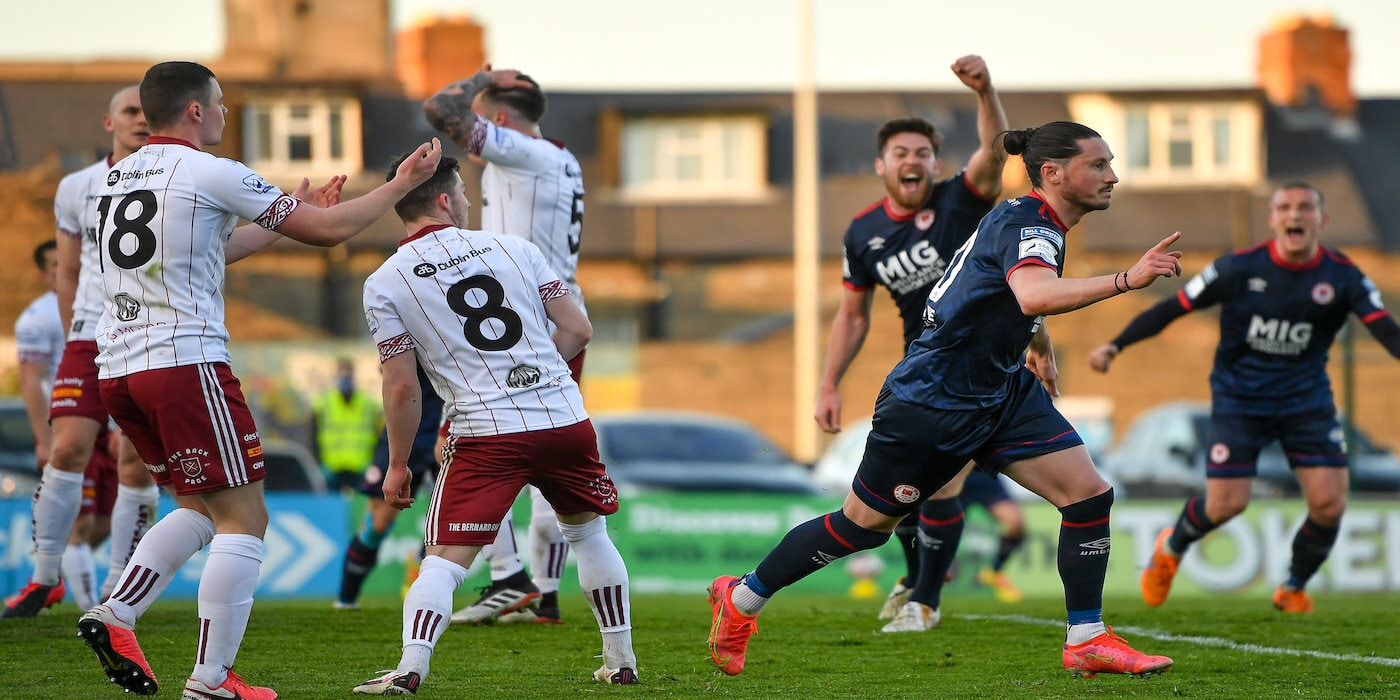 It made it seven points from nine at the start of the new season.

Played in beautiful conditions under a setting sun in Dalymount, both teams were slow to settle into the game and the opening exchanges were cagey.

Dawson Devoy did create half a chance for himself when the ball fell into his path from a corner, but St Pat's keeper Viteslav Jaros got down to comfortably to save the effort.

Just before the 20 minute mark, a long ball behind the Bohs defence looked as if it had set Matty Smith free, but James Talbot was quick off his line to clear any danger in what was an otherwise quiet opening 20 minutes.

The Saints played a high pressing game in the early stages, and were almost rewarded for their work 22 minutes in. Robbie Benson chased down Bohemians' centre-back Rob Cornwall, Benson blocked the attempted clearance and the ricochet fell into his path but hewas unable to find the target, as his shot went just wide of Talbot's far post.

Bohemians had the ball in the net late in the first half when Georgie Kelly drifted free and volleyed passed Jaros, but the referee had seen a foul in the build up and a free out was given.

Five minutes into the second half, Bohs broke on the count, . Andy Lyons whipped in a dangerous cross and Kelly was millimetres away from getting a touch on the ball in the six yard box.

Minutes later, Kelly also got in behind the St Pat's defence, but he could not convert from a tight angle at Jaros comfortably saved again. Seconds later, Jaros was on hand again to save a Cornwall header.

However, one minute past the hour mark, and St Pat's found the breakthrough. Robbie Benson delivered a beautiful corner into the danger zone. With a number of bodies inside the six-yard box, it was Ronan Coughlan who rose highest to head home for the 24-year old's second goal in as many games and give the Saints the lead.

St Pat's found themselves a goal in front, but stayed piling on the pressure. Paddy Barrett was introduced for the impressive Darragh Burns and he steadied the ship at the back.

It was another solid defensive performance for the Saints, as Jaros and Desmond were again in top form at the back.

The win moves The Saints up to second in the table.

The action continues at Richmond next Friday night as we face Derry at 5.45, and will be hoping to continue with their unbeaten start to the season.