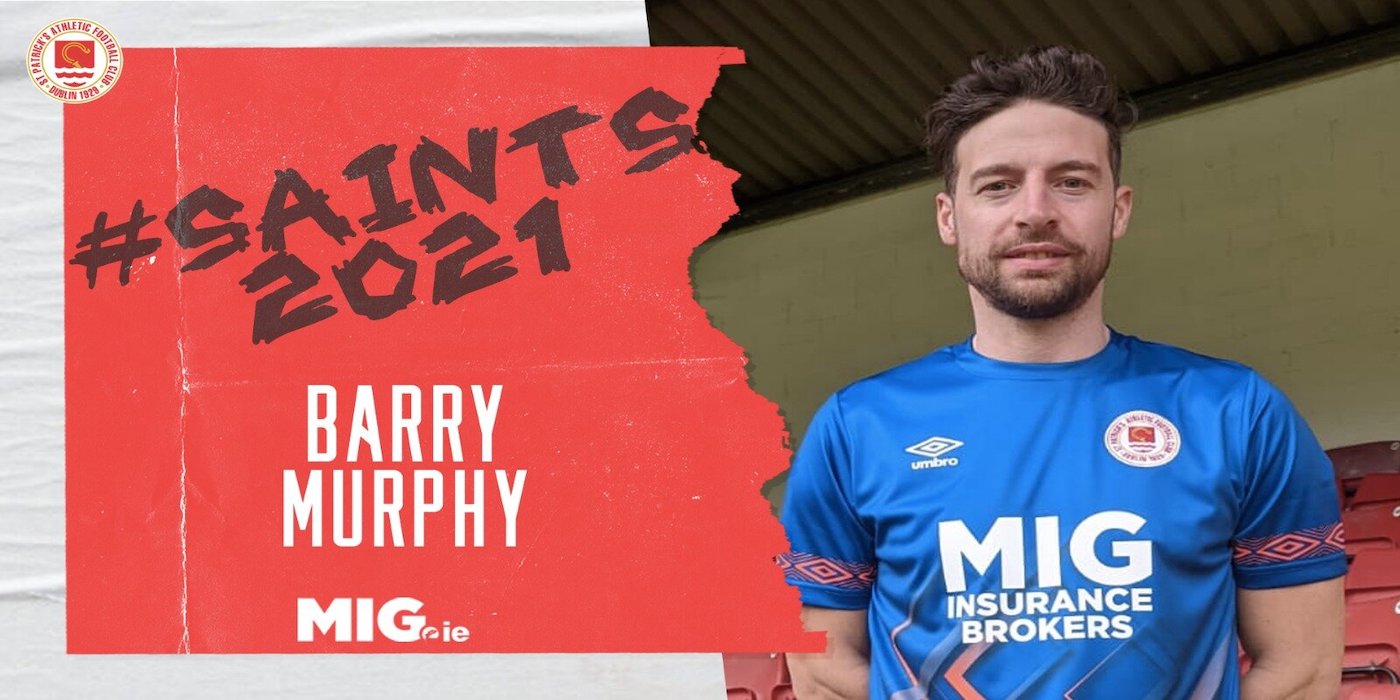 We are delighted to announce the signing of goalkeeper Barry Murphy, who has returned to Inchicore for the 2021 season.

This will be Barry's third spell as a Saint.

Barry took a break last season due to work and education commitments, before his return to St Patrick's Athletic this week.

He has been giving his reaction to our official Youtube channel, and says feels he has "unfinished business" at the club:

"I'm delighted to be back, I've been training the past couple of days and it's been good to get back playing and meet the new lads coming in. It's a young, hungry group and I am hoping to add some experience to what is going to be an exciting year.

I took a year out the last season, which probably wasn't a bad a year to take out (due to Covid), but I've kept myself ticking over. Alan Mathews and Stephen O'Donnell got in contact with me and I am delighted and excited to be back part of it again, and to be in with a squad that looks like it's going to be really competitive this year."

Head Coach Stephen O'Donnell is also delighted to re-sign Barry, who will provide both guidance and competition for our other goalkeepers.

"I'm delighted to get Barry on board. He's a really good goalkeeper and professional. He has a great attitude and will give us a vast amount of experience and ability having played in the league for over a decade. He is a great character to have in the group and to compete with and help Viteslav Jaros and Josh Keeley."