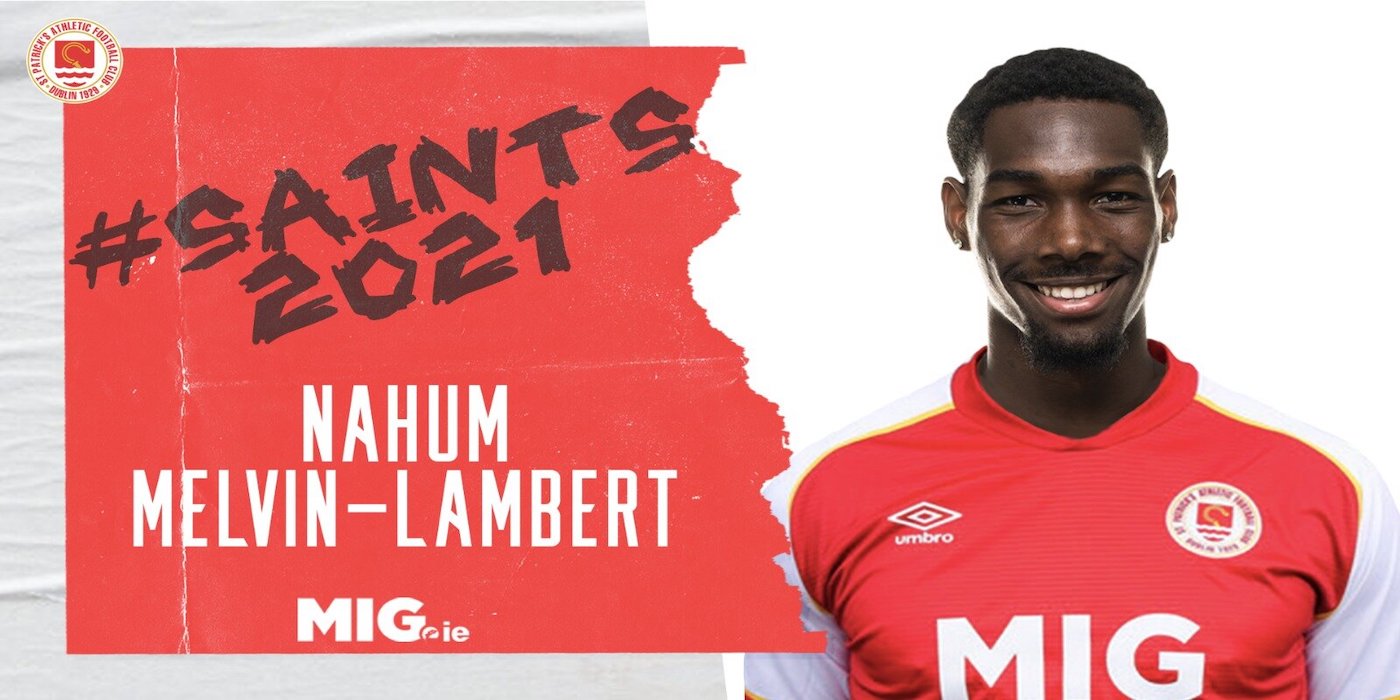 We are delighted to announce the loan signing of striker Nahum Melvin-Lambert from English Championship side Reading, pending international clearance.

The 18-year-old is a product of the Reading Academy since joining them at U14.

He made his first team debut in a 3-1 Carabao Cup win over Colchester United in September of last year.

The Englishman also played in the following round of the league cup and also in the FA Cup in January of this year in a 1-0 defeat to Luton Town.

Nahum has scored 12 goals this season in the Reading Academy and has been a regular in the U18s and U23s.

He will wear the number 9 shirt.

Melvin-Lambert is excited to be joining The Super Saints:

"I'm very happy to have joined St Pat's and I'm looking forward to getting started. I've have good conversations with Stephen (O'Donnell) after my agent told me about the option to go on loan. I have heard a lot about the club and the league. This is a great opportunity for me, it's an exciting challenge and one I'm ready for."

I'm looking forward to the physical side and the competitiveness of the league and to playing in games with points on the line. I'll work hard and will be aiming to score some goals at Richmond Park!"

Head Coach Stephen O'Donnell has been giving us his reaction to this deadline day signing:

"I'm delighted to get Nahum on board, we are very happy to have him and to get it done before the deadline. He has a great goalscoring record in the Reading U23s and has scored six goals in his last eleven games. Nahum will give us a lot more attacking options heading into the season. He is excited about the move and about getting going in League of Ireland first team football."