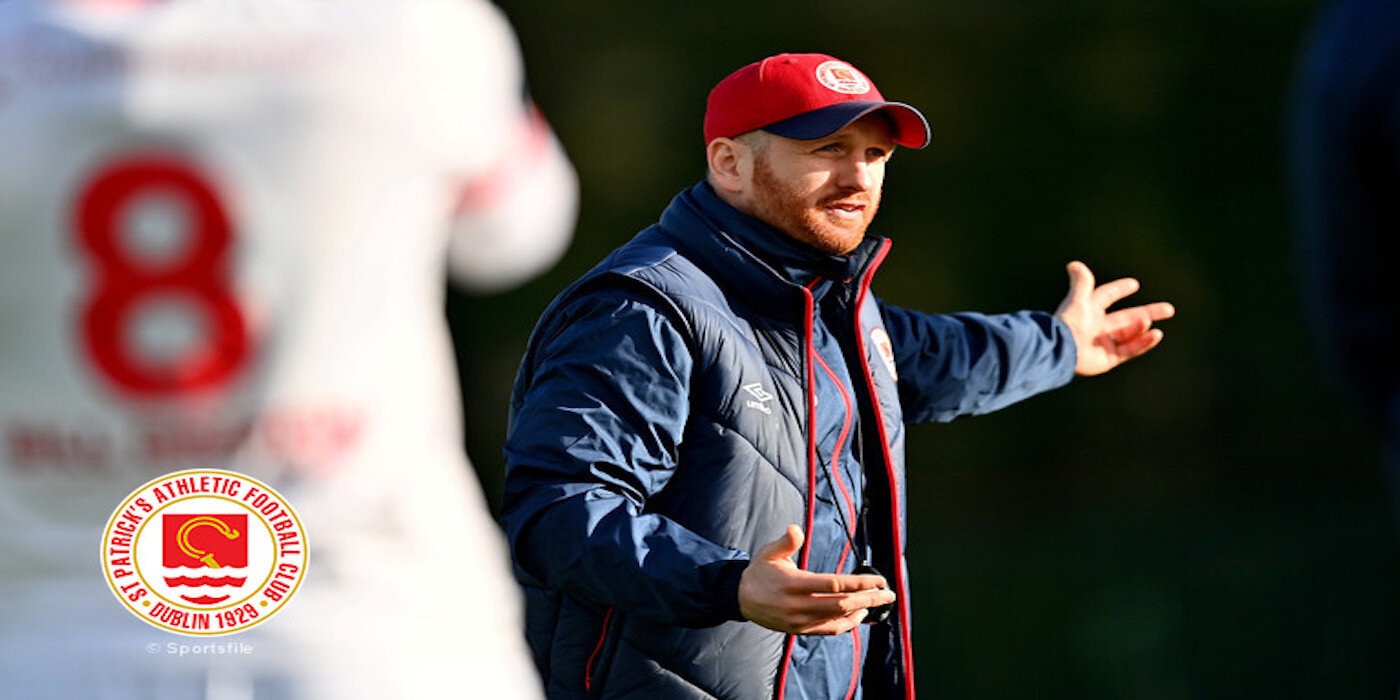 We'll have our second pre-season friendly match of 2021 on Friday night with a behind closed doors meeting with Wexford FC.

Things began with a 2-1 victory away to Cork City in Blarney last Sunday.

Ronan Coughlan netted early in the game with a nice volley before trialist Ronan Murray doubled the lead just after the break from the penalty spot, that was after Lee Desmond's effort was handled on the line.

Ronan Hurley got one back for Colin Healy's City but the Saints were deserving of their 2-1 win.

Head Coach Stephen O'Donnell declared himself pleased with both the performance and the fitness levels of the group in what was their first game for nearly three months:

O'Donnell knows the importance of games for the players with the new SSE Airtricity League season fast approaching.

"It was great for the mentality of the players to have our first game after three weeks of training and a long time off before that, we want to win every match we play too so it was good to get the win. The objective more importantly was to get minutes under the belt for all of the boys, they played well and worked hard and that's what we were looking for from the game."

Friendly games against Wexford have been commonplace over recent reasons and preparations for 2021 are no different.

Manager Brian O'Sullivan has been busy building his squad ahead of the start of the First Division campaign in late March, and has a number of former Saints among his ranks.

Paul Cleary signed for St Pat's back in 2015 and captained our Academy U17s to the league title in 2016 before progressing all the way through our U19s and into our first team. He spent part of last season on loan at Ferrycarrig Park and signed for Wexford on a permanent basis earlier this year.

Daniel Dobbin captained our Academy U19s to the league trophy in December just gone, with Success Edogun also part of that squad, both teenagers have recently signed for Brian O'Sullivan's team and will be looking forward to facing their old club on Friday.

We wish Paul, Dan and Success all the best at their new club.

Competitively, the teams last went toe to toe with each other in 2019 in the Leinster Senior Cup, when goals from Chris Forrester, Jake Walker and Paul Cleary secured a place in the quarter finals.

O'Donnell has been helping us preview the game:

"We are looking forward to facing Wexford. It's crucial for the players to play together as much as possible before the season begins, we have some new faces in the group so everyone is still gelling together, it's all systems go as we continue our preparations for the season."