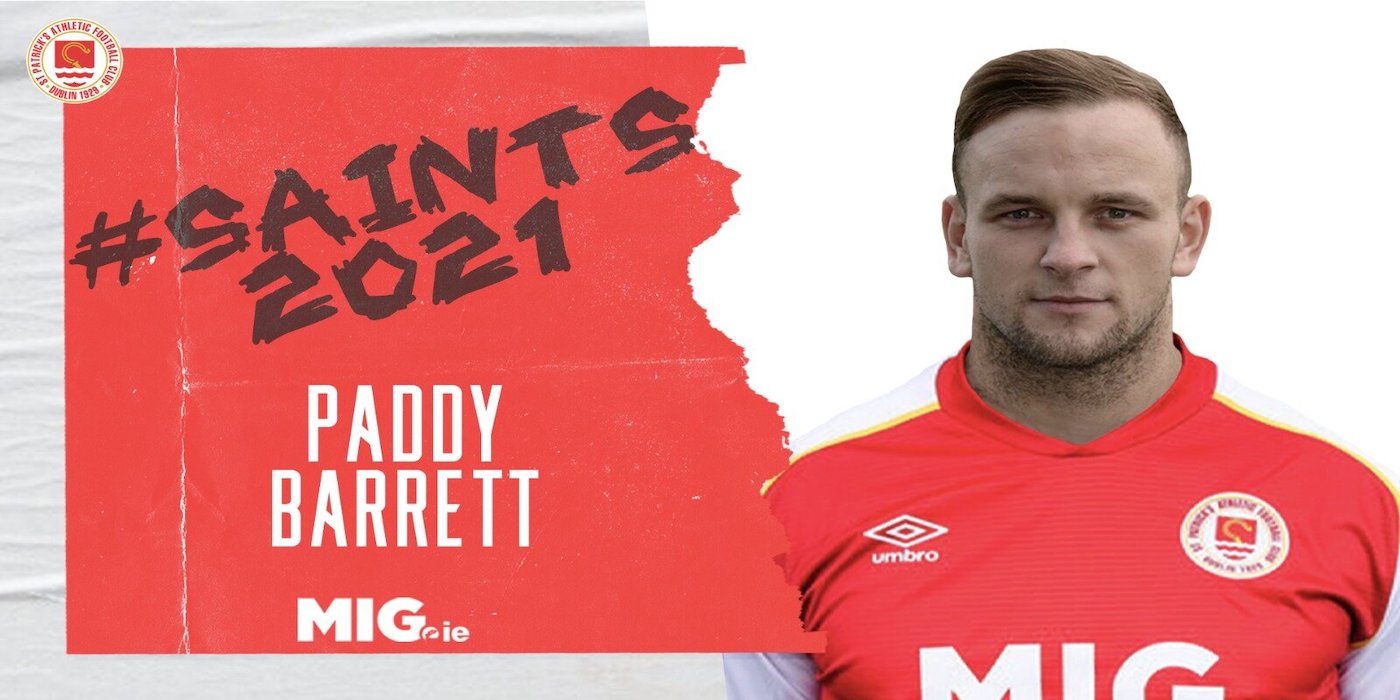 St Patrick's Athletic are delighted to confirm the signing of defender Paddy Barrett.

The 27 year old had most recently been in Cambodia with Preah Khan Svay Rieng.

He will wear the number 14 shirt.

Paddy spent four years in Scotland with Aberdeen and Dundee United before moving home to Ireland in 2013.

Paddy won two leagues and an FAI Cup with Dundalk and was part of the famous 2016 European run, alongside then Dundalk captain and current St Patrick's Athletic Head Coach Stephen O'Donnell.

Paddy is delighted to have joined the club:

"It's great to be part of St Pat's and thankfully we got things done on time before the window. I left the League of Ireland three-and-a-half years ago to travel and play football and that's what I've done.

The move to Cambodia didn't work out the way I wanted it to for numerous reasons and I said to myself that I wanted to come back home to play in Ireland.

Stephen O'Donnell reached out to me to and it was opportunity I couldn't turn down for play for a club as big as St Pat's.

I've played against St Pat's and at Richmond Park numerous times, I've kept an eye on the league over the last few years and I was really excited when Stephen reached out. We've got Shamrock Rovers away in Tallaght on the opening night and I can't wait to get going!"

Stephen O'Donnell has been telling us about his newest recruit:

"I have a good relationship with Paddy from our time together at Dundalk. He is another high calibre player with good European experience. He is at the perfect age now for a centre-back, he is a high quality addition to the squad and I'm really looking forward to working with him.

He'll add good depth and good competition for places at centre-back with Lee Desmond, Sam Bone and Cian Kelly, we're going to need all of them throughout to season and with Luke McNally going to Oxford it was a position we wanted to strengthen in and we have done."