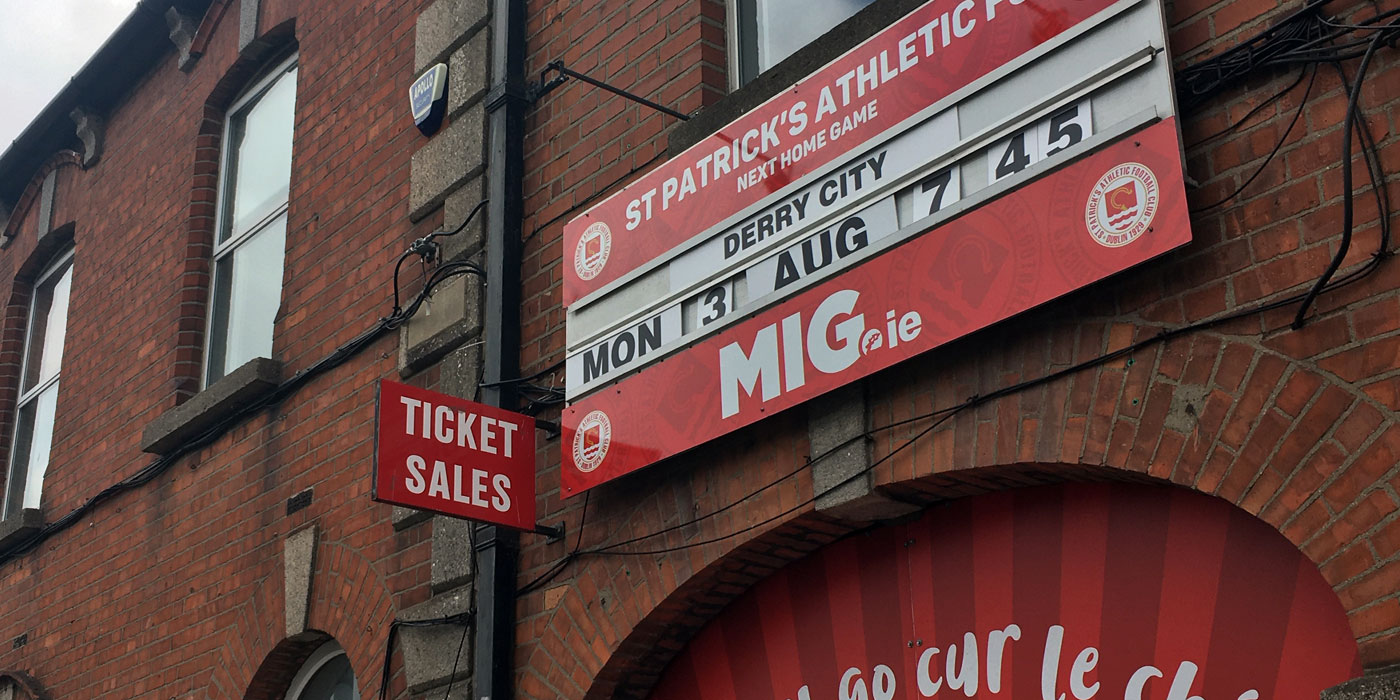 St Patrick's Athletic host Derry City on Monday night in Richmond Park as they look to climb the table in the SSE Airtricity League, kick-off 7.45pm.

The Saints will be hoping to build on their 1-1 draw last Friday away to reigning league champions Dundalk as Robbie Benson's first half goal proved enough to earn a point.

With no supporters permitted to attend games due to the limited 200 capacity at games, supporters can watch the game via the WATCHLOI streaming service. A pass can be purchased at this link HERE

Looking ahead to the game, O'Donnell admitted to stpatsfc.com that it was good to get the 2020 season back underway as he hopes his squad can push on in the weeks and months ahead.

"Coming back to action in Oriel under strange circumstances, it was all part of something we have to get used to and become well versed in. It was up to us to create our own atmosphere, our own intensity and our own energy on the pitch and I thought we did that very well. They showed great application and attitude and overall I was delighted. As a head coach, you always want more so there are levels that we can still go up and improve."

Ahead of Monday's game, Saints' first team head coach Stephen O'Donnell is boosted by the availability of Georgie Kelly who missed last Friday's game against Dundalk due to the terms of his loan deal with the Lilywhites.

Looking ahead to the challenge of Derry City, O'Donnell is under no illusions that the Saints are facing into a game against one of the league's leading sides, while repeating that he is looking for a repeat performance from his side based on the draw gained in Oriel Park.

"We've a very quick turnaround now and we welcome a very strong Derry City team, one of the strongest in the league. Again, we are dealing with a side that are three weeks to a month back training previous to ourselves so in situations like that they could stand to them.