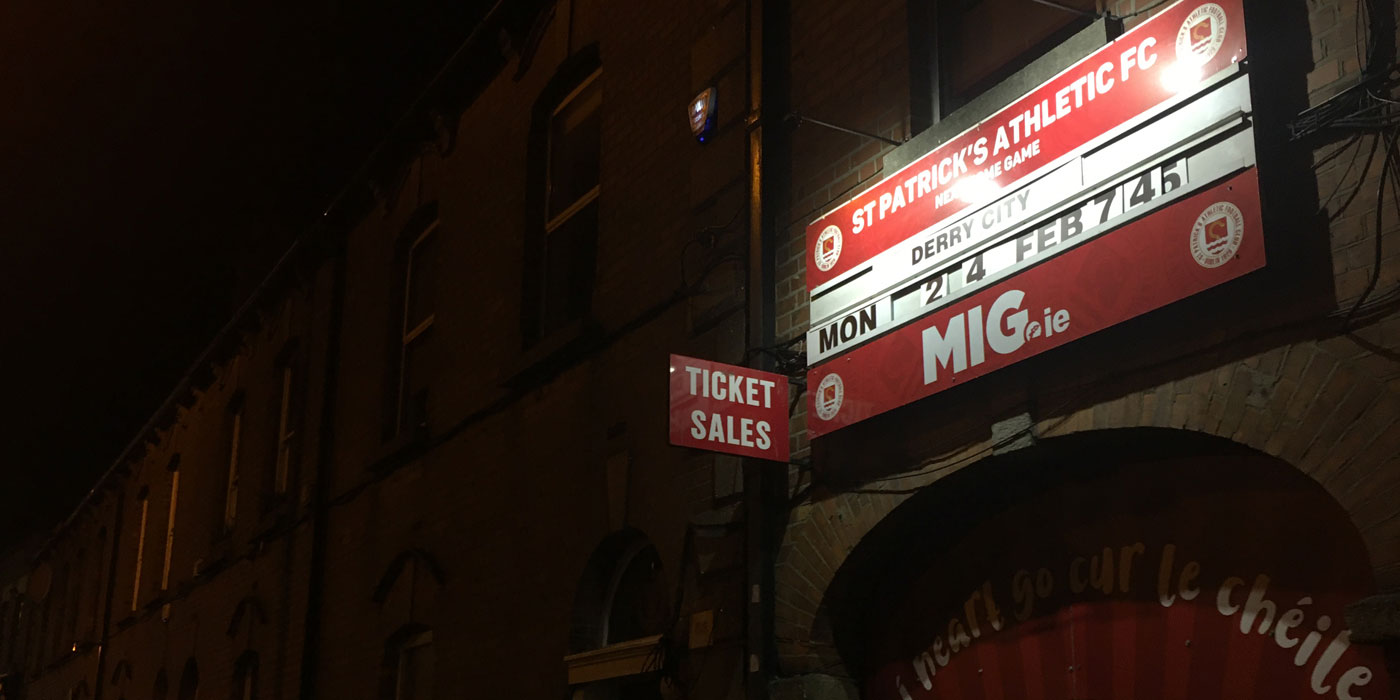 The Saints picked up their first win of the season on Friday when they defeated Sligo Rovers 2-0 thanks to first half goals from Ronan Hale and Chris Forrester.

In team news, head coach Stephen O'Donnell is without Ollie Younger through suspension after the on-loan Burnley defender was sent off against Sligo. Otherwise O'Donnell has a full squad to select from.

"I thought we played well on Friday against Sligo and deservedly won. I was happy with the players and they really appreciated the fantastic support on the night from the fans.

"We have Derry on Monday which will be another tough match in the middle of a busy run of games so we will try to recover quickly and prepare well."

Tickets for the match are available to purchase online, from the club office on Emmet Road or at the turnstiles on match night.