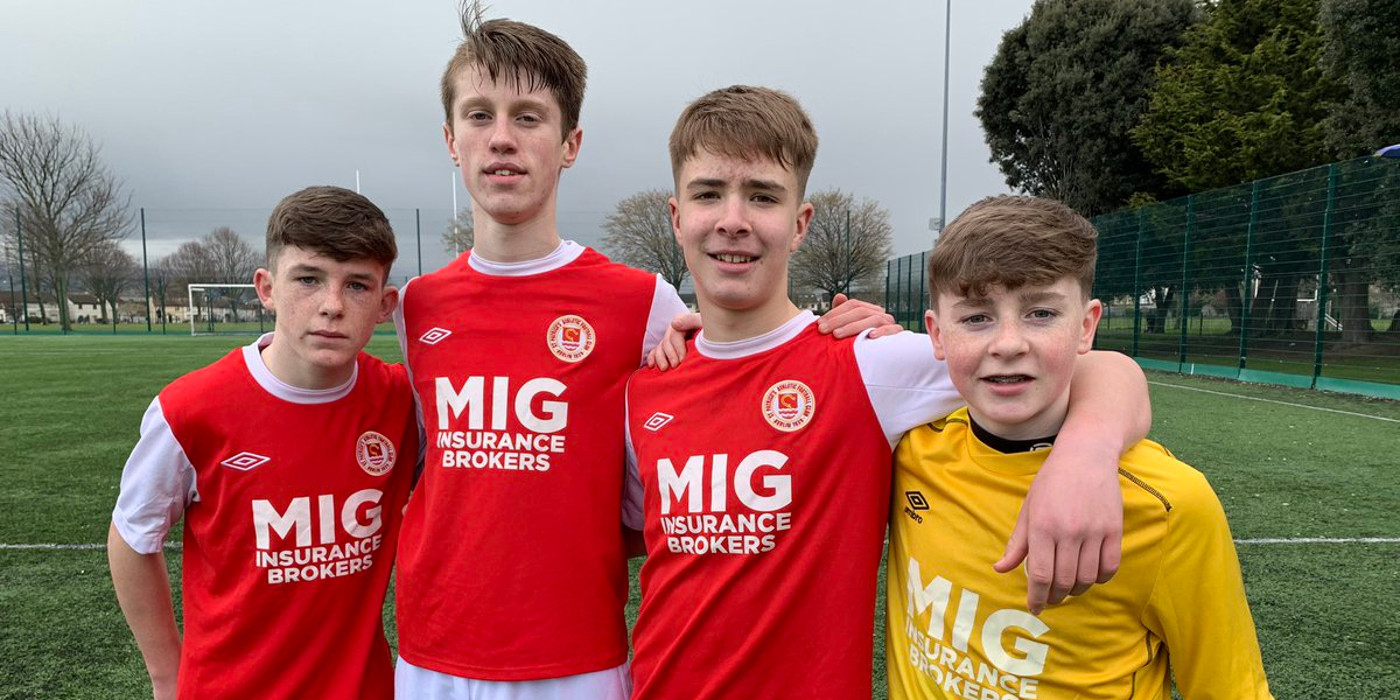 Our Under 15 and 13 academy sides started their SSE Airtricity League campaigns with wins against Bohemians over the bank holiday weekend.

On Saturday the Under 15s won 4-0 at Pearse Park with goals from Tommy Lonergan (2), Aaron O'Reilly & Jack O'Reilly (pictured above).

On Sunday the Under 13s won 3-0 at St Aidan's CBS with goals from Christian O'Reilly, Brian Moore and Roland Uzoma.