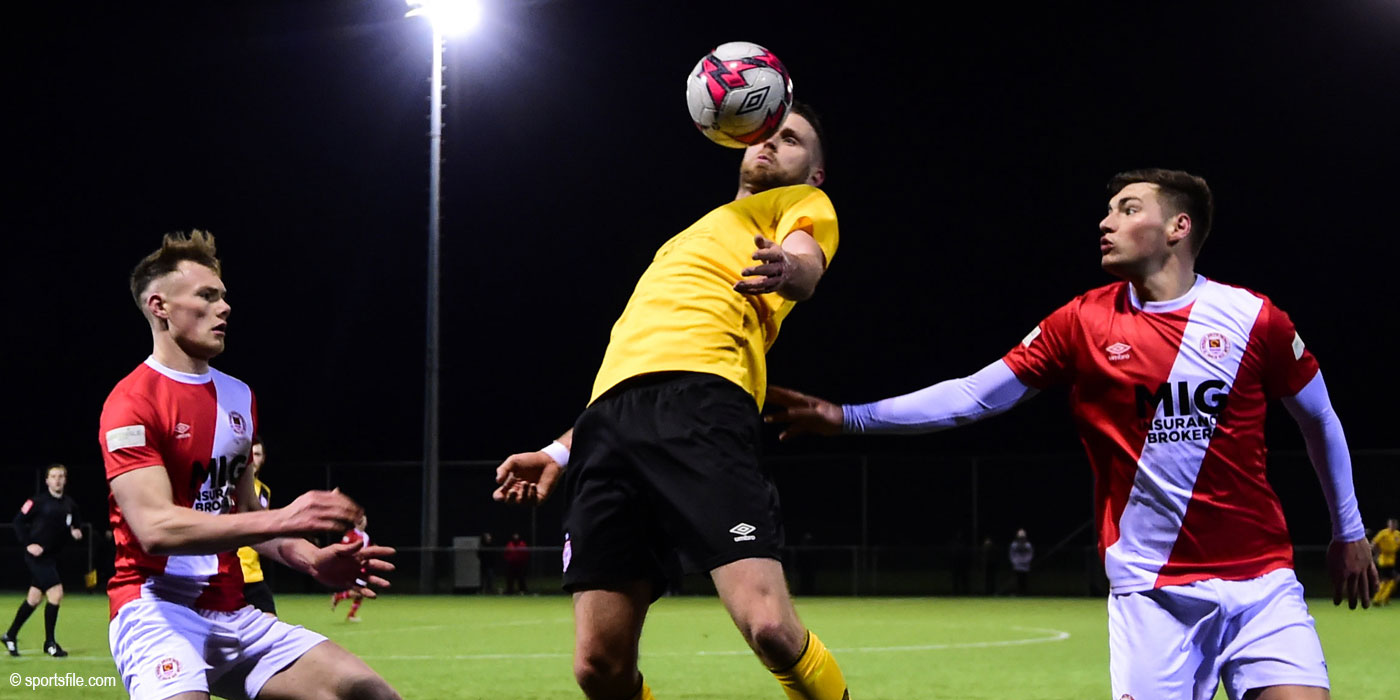 A hat-trick from Mikey Drennan brought his pre-season goal tally to six in cold night in north Dublin.

His first goal of the night was direct from a free-kick from just outside the penalty box on 35 minutes. He got his second two minutes later heading home a cross the the trialist.

His third came in the second half after a scramble following a James Doona corner.

Next up for the Saints is a pre-season friendly against Athlone on Tuesday night.