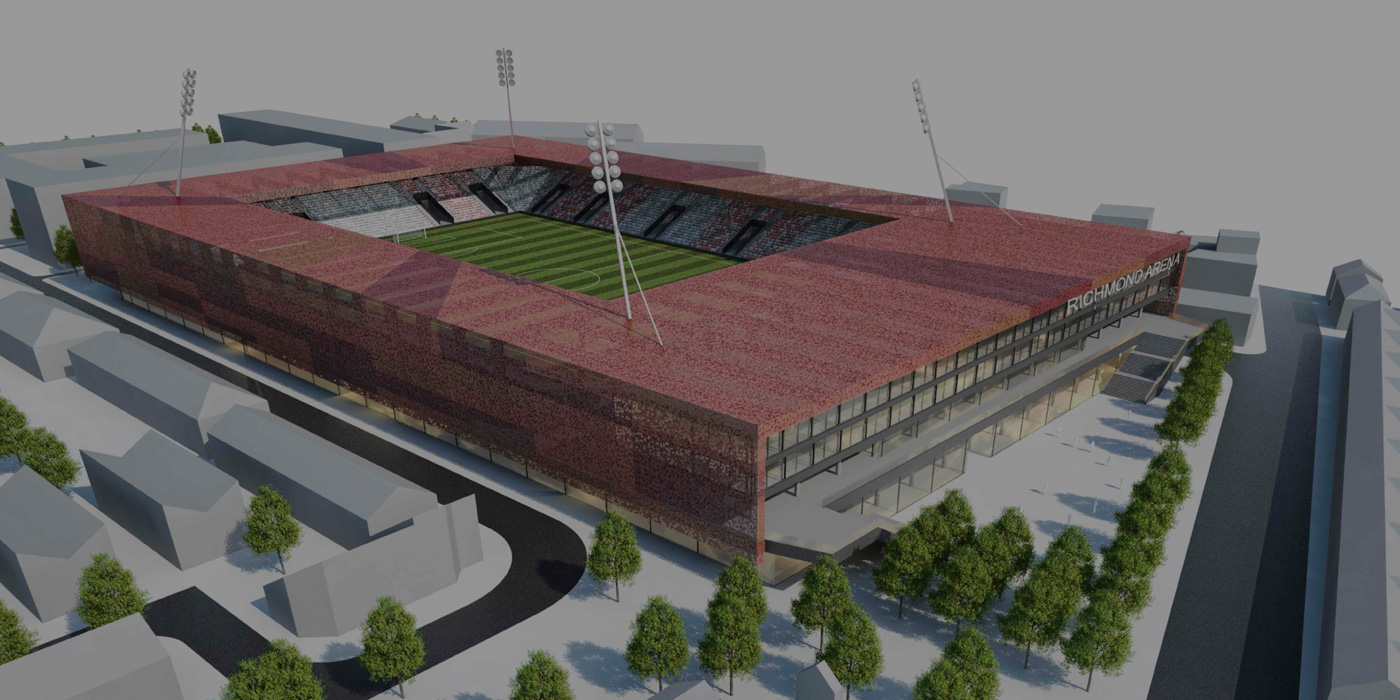 We caught up with our Club President Tom O'Mahony who told us all about the plans the club have put together to build a new stadium called the Richmond Arena.

The plan, in association with HRS International (www.hrs.ch) and FESP International (www.fesp.ie), is a proposal for a major development at St Michael's Estate in Inchicore, to include new homes and an Inchicore Town Centre with state-of-the art retail, leisure and community facilities on top of which would sit the club's new stadium.

In the coming months Dublin City Council is set to decide on the future of St Michael's Estate. The City Development Plan envisages the development of a high-quality, vibrant, mixed-use urban quarter which will help to regenerate Inchicore. The plan which is being led by Garrett Kelleher of St Patrick's Athletic can accommodate whatever housing density and mix is required by Dublin City Council while also providing the area with major retailers and leisure facilities, in addition to civic and community facilities. The type of facilities to be provided will be agreed with the City Council but could include a library, indoor sports hall, civic theatre etc.


"It Will Be The Best League Of Ireland Stadium In The Country" - President Tom O'Mahony says the Super Saints could be playing in the new Richmond Arena in four years #RichmondArena pic.twitter.com/74ex0Lyecf

For more, click HERE to read about the plans