The second half was only 10 minutes old when Flynn suffered the injury in what seemed a dangerous tackle that only merited a yellow card.

The game was held up by 30 minutes to await the arrival of the medical service, but Flynn was helped by Pat's physio Karen White and also assisted by UCD medical staff.

We wish Jack a speedy recovery and look forward to seeing him back in a Saints jersey soon.

Maurice O'Driscoll's side lost the match 2-1, with all the goals coming in the first half. The team featured Joe O'Cearuill and Dave Rogers. 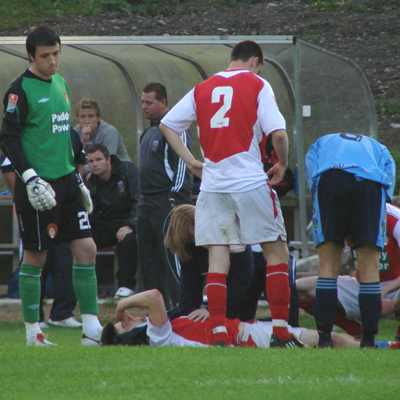