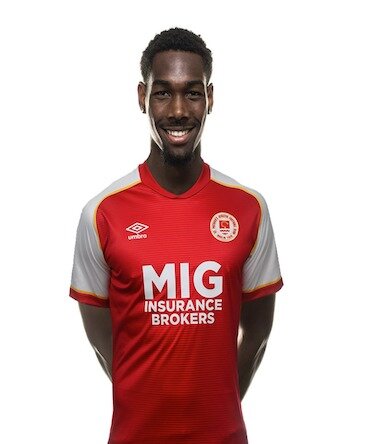 Signed on loan from Reading.

The 18-year-old is a product of the Reading Academy, he joined them aged 14.

He made his first team debut in a 3-1 Carabao Cup win over Colchester United in September of last year.

The Englishman also played in the following round of the league cup and also in the FA Cup in January of this year in a 1-0 defeat to Luton Town.

Nahum has scored 12 goals this season in the Reading Academy and has been a regular in the U18s and U23s.

He will wear the number 9 shirt.


Previous Clubs: Reading FC (from whom he is on loan with us)