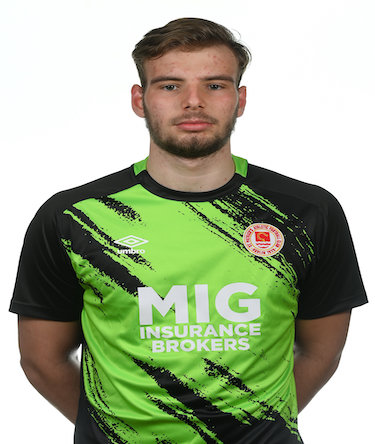 Goalkeeper Jaros joined us from Liverpool on a season long loan in February 2021.

Vitezslav is a Czech Republic underage international, he joined Liverpool from Slavia Prague in 2017 and won the FA Youth Cup (on penalties v Man City) with Liverpool Under 18s with Steven Gerrard as manager.

Jaros appeared for the Liverpool first team for the first time in a pre-season friendly against Tranmere in July 2019 and was also on the bench for the FA Cup fourth round replay with Shrewsbury in February 2020.

Previous Clubs: SK Slavia Prague, Liverpool (from whom he is on loan with us)